DELPHI, Ind. – Nearly 10 months since the murders of two teens in Delphi, their families and the community they grew up in are continuing to find ways to spread the word to help find their killer.

Hometown Shirts and The Blue Moose used their holiday float to honor the girls' memory this year. The immediate families of Libby and Abby even joined in to help.

The float, which displayed the teens' faces, was part of the annual Delphi Christmas parade on Saturday.

Libby and Abby disappeared while hiking along the Monon High Bridge on February 13. Their bodies were found less than a mile away the next morning.

Police are still searching for their killer.

The only images from the hike were captured in a Snapchat photo that Libby posted around 2:10 p.m. of Abby walking on the tracks.

DELPHI DAUGHTERS | The untold stories of Abby and Libby

TIMELINE | The disappearance and murders of Abby and Libby

On February 15, Indiana State Police released a photo taken from Libby’s cell phone that depicted a man walking along the tracks.

Just a week later, the FBI released a short audio clip of a man saying “down the hill.”

Police said the audio came from a video recording on Libby’s cell phone of a man who was following them.

You can listen to the clip below: 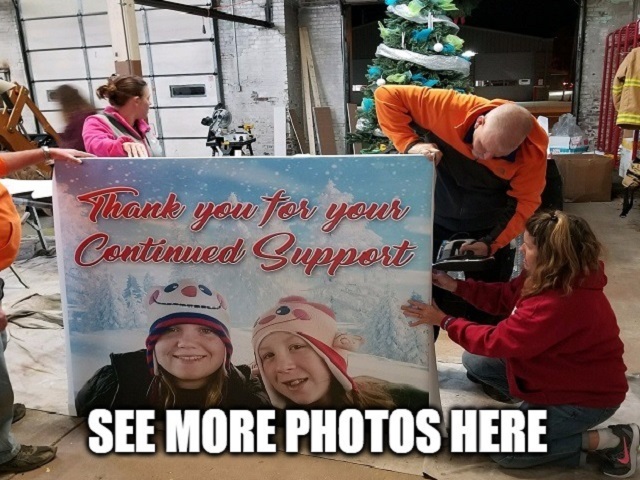