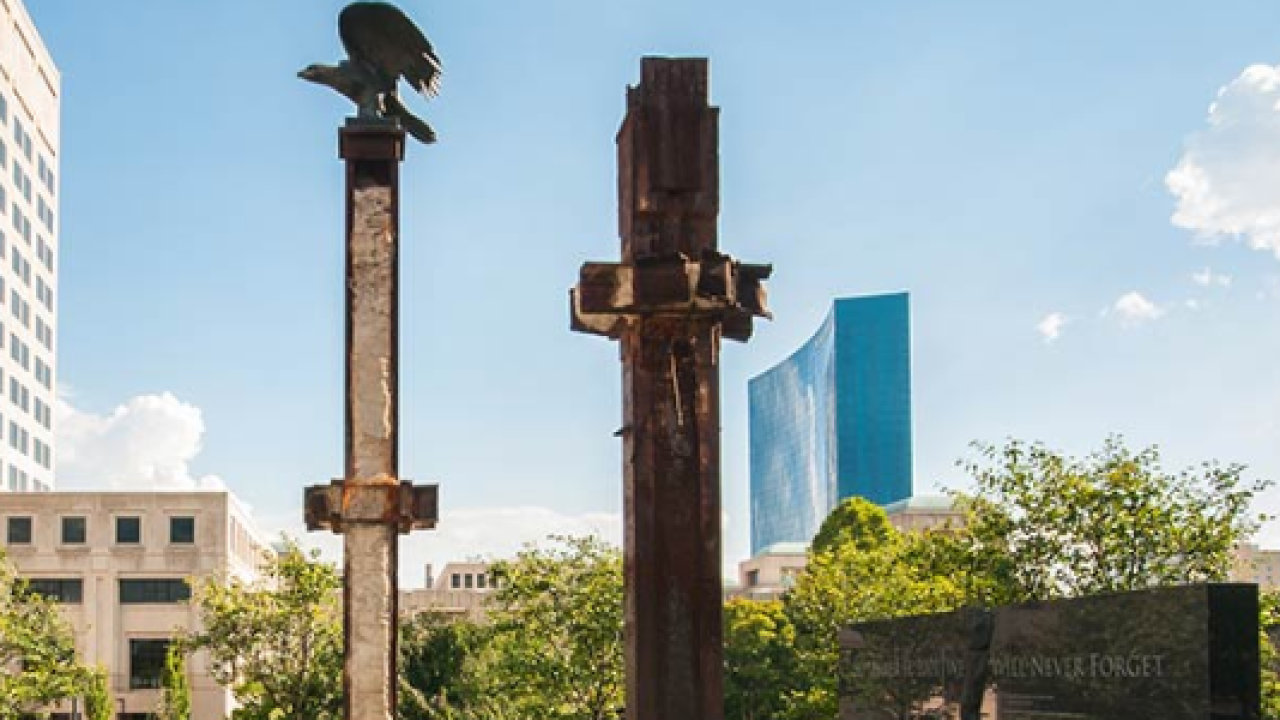 INDIANAPOLIS—Changes are coming to the Indianapolis 9/11 Memorial on the downtown canal, and the goal is to have the work done by September 11, 2021—20-years to the day of the terrorist attacks on the Twin Towers in New York and the Pentagon.

Two elements will be added to the memorial at 421 West Ohio Street, which was dedicated on September 11, 2011. Specifics on what will be added will be announced this Wednesday, according to David Ayers, spokesman for the memorial.

Currently, there are two beams from the World Trade Center and granite monuments with inscriptions detailing the timeline of the tragic events on September 11, 2001.

Nine Hoosiers died that day, including four at the Pentagon. Atop one of the beams is a sculpture of the American Bald Eagle, representing American spirit and resolve.

Ayers says a local group of citizens, including Indianapolis firefighter and paramedic Greg Hess, were behind the effort to create and maintain the memorial.

Wednesday's announcement is at 10 a.m. at the memorial.