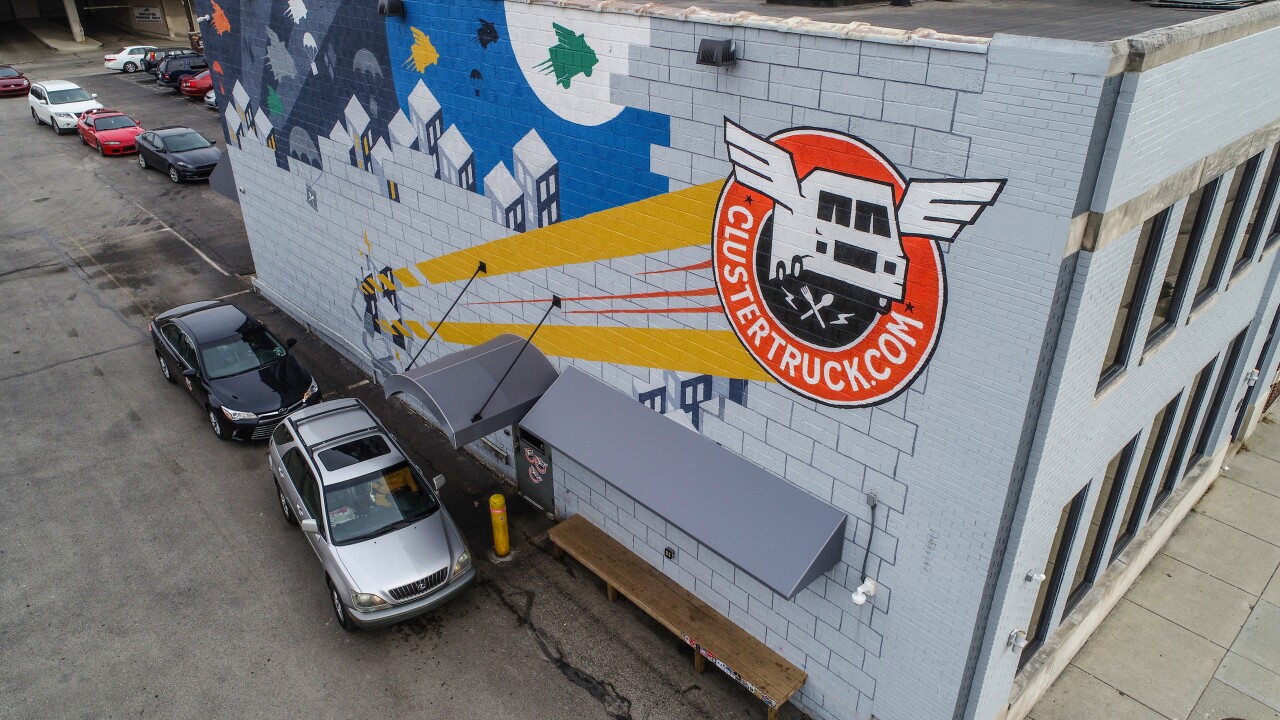 Copyright 2020 Scripps Media, Inc. All rights reserved. This material may not be published, broadcast, rewritten, or redistributed.
Courtesy of Dittoe PR
DCIM\100MEDIA\DJI_0153.JPG

The Indianapolis-based tech startup that operates delivery-only restaurants has consistently grown since first opening in downtown Indy in 2016. Chris Baggott, co-founder and CEO of ClusterTruck, says customers have "begged for an expanded delivery zone" in Indianapolis — so they delivered.

“We believe hungry people should never have to choose between the convenience of fast delivery, the food quality of a sit-down restaurant, and the personality of street food," Baggott said. "And, with takeout and delivery continuing to be a preferred method of dining, the timing felt right to increase our footprint and provide a convenient, crave-worthy breakfast, lunch and dinner menu to delivery zones serving Broad Ripple and Fishers.”

With the addition of kitchens in Broad Ripple, Fishers, and another in Dublin, Ohio, ClusterTruck will soon operate seven delivery-only restaurants in three markets nationwide, including Indianapolis; Columbus, Ohio; and Kansas City, Missouri.

MORE | We're Open Indy: ClusterTruck is well ahead of the curve |