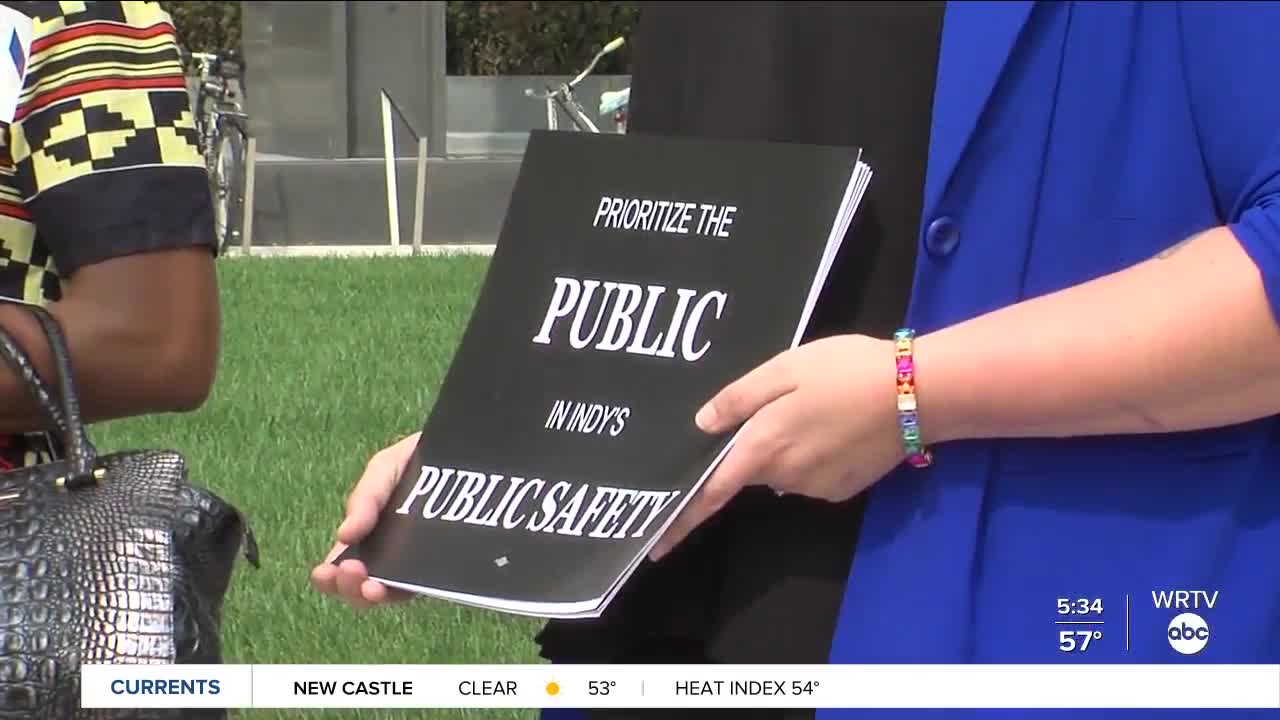 The City-County Council will consider a change to IMPD's General Orders Committee, which sets policies for the police department.

INDIANAPOLIS — Metro Police will likely have more civilian oversight soon when it comes to the rules officers must follow. It would be a major change in policy that comes after several weeks of protests over police brutality, and it will likely be fought by the union representing officers.

The City-County Council will consider a change to IMPD's General Orders Committee, which sets policies for the police department. Two council members introduced the proposal Monday night, and 13 other Councilors signed on as co-sponsors. The proposal would add four civilians to the board which is currently comprised of three members with close ties to the police department - two are appointed by the police chief, while the third is chosen by the Fraternal Order of Police Lodge 86 - the union representing police officers.

The General Orders Committee will be tasked with implementing IMPD's new 'Use of Force' policy, among others. Changes to that policy were announced by IMPD Chief Randal Taylor following the protests downtown and in other parts of Indianapolis that took place after the police shooting deaths of Dreasjon Reed and McHale Rose in May. Those who favor changes to the committee say civilians with no ties to the police department must be part of that process. "The purpose is to make sure that their are voices of the public at the table and that those voices are not just those strictly of law enforcement but also your run of the mill every day person," said Councilor Crista Carlino, Democrat from District 6, "those who are highly interested in the welfare of the citizens whether it be psychological perspectives or physical safety mental health addiction and so on."

The current makeup of the General Orders Committee is written into the city's contract with the police union, however that contract is about to expire. The FOP opposes the plan.

The proposal will go to committee first before a final council vote is taken. If it is approved, two civilians would be appointed to the board by the mayor, with the other two appointed by the president of the City-County Council. Current or former IMPD employees would not be eligible to serve as civilian members.