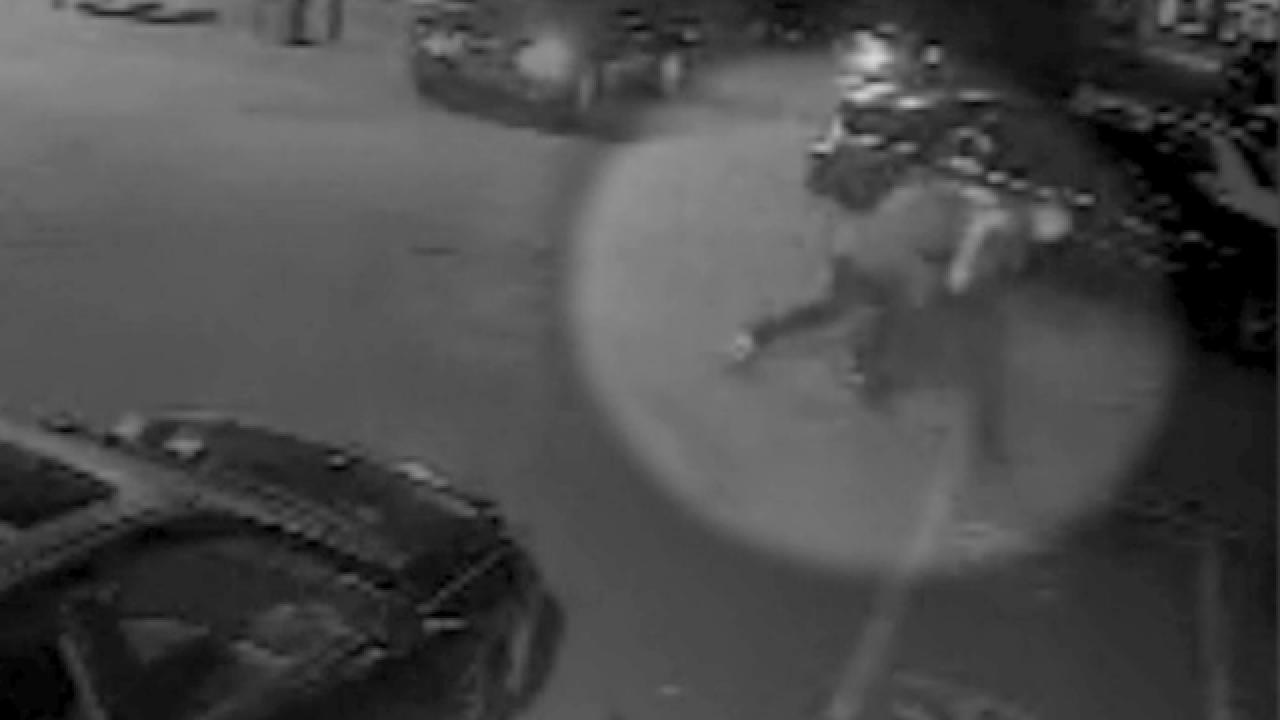 INDIANAPOLIS -- Nearly a year-and-a-half after IMPD officers fatally shot Kevin Hicks on Indy’s Near Eastside, the department has released surveillance video of the shooting in response to a public records request by Call 6 Investigates.

The shooting happened around 9:10 p.m. on April 5, 2016, at the Marathon gas station at the intersection of 10th and Rural streets.

Officers were called to the scene by Kevin Hicks’ wife Heather, who told 911 her husband was hitting her inside her car.

At the time, IMPD said surveillance video from the gas station showed that the woman went over to the officer's car, they chatted, and then the officer asked Hicks to step out of the car.

As Hicks and the officer walked around the car to the driver's side, Hicks started to assault the officer, according to police.

The surveillance video, released this week to Call 6 Investigates, appears to corroborate that account of events.

Police say witnesses told them the officer attempted to use his Taser, but it was knocked from his hand. A check of the Taser confirmed it had not been deployed. After the loss of his Taser, the officer tried to distance himself from Hicks by moving backwards, according to police. Hicks and the officer then fell to the ground, and outside of the view of the surveillance camera.

Last month, the Marion County Prosecutor’s Office ruled that it would not pursue charges in the case after determining the officer’s actions were justified. The case did not go in front of a grand jury.

According to IMPD Chief Bryan Roach, the officer involved in the shooting has been cleared to return to work.

"As a department we're trying to be more transparent," Roach said. "We're trying to not just use the word, but show the actions. I think [the video] tells a story, it's more open, people are more informed. But each case is different. It's walking a fine line of wanting to be open and have everybody be informed, but at the same time not be a detriment to a prosecution."