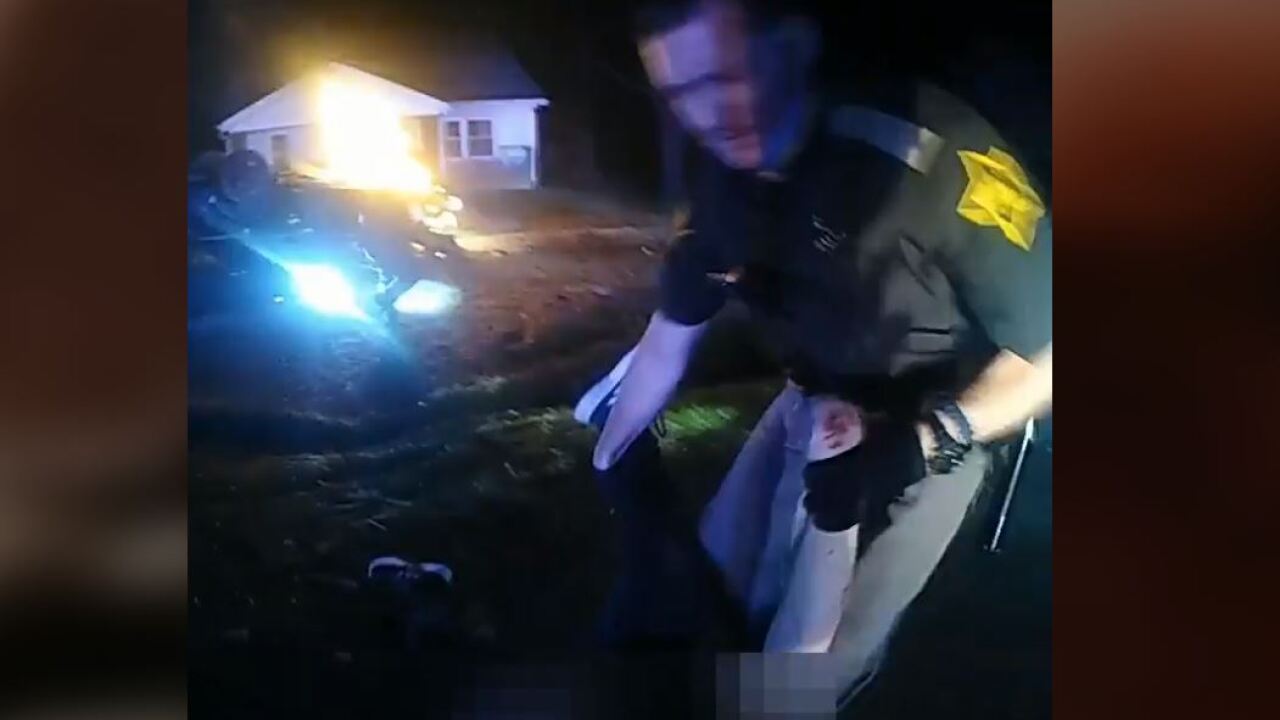 GREENFIELD — A Greenfield Police Department officer is being credited with saving a woman's life after he pulled her out of a burning vehicle following a crash with a suspected drunk driver.

Patrolman Blake Crull was on a routine patrol when he drove up on the accident around 1:30 a.m. in the 4200 block of East US 40, according to the police department.

As he pulled up to the scene, Crull noticed one of the vehicles was flipped on its top and on fire, according to a release from the department. He quickly ran up to the vehicle and found a single female occupant suffering serious injuries trapped inside.

Footage from Crull's body-worn camera shows him pulling the injured woman to safety through a side window of the vehicle just before parts of the engine began exploding. Crull was then joined by other officers who helped carry the woman to safety. The 36-year-old woman was rushed to IU Methodist Hospital with serious injuries.

You can watch the full video from Crull's body camera, shared by the Greenfield Police Department, below.

"This woman may very well have died if not for the quick actions of Ptlm. Crull," the department said in their release.

The video below, also released by the Greenfield Police Department, shows the scene as recorded on the cruiser camera.