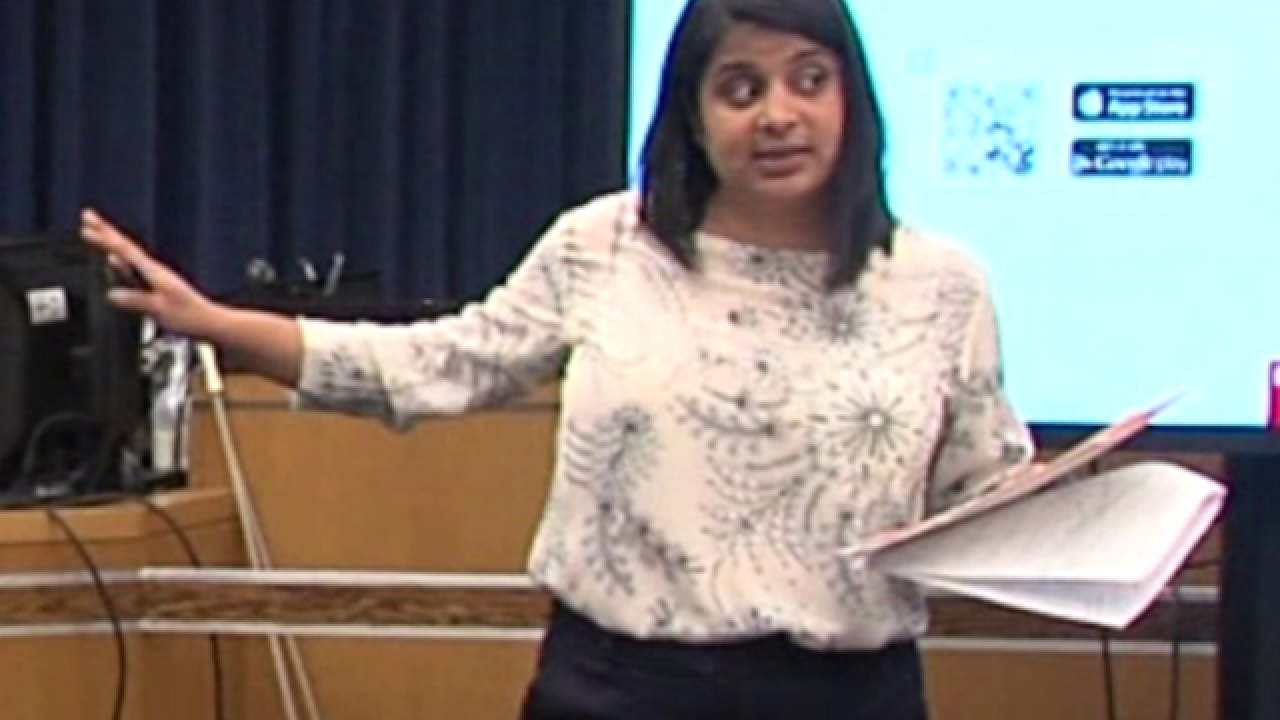 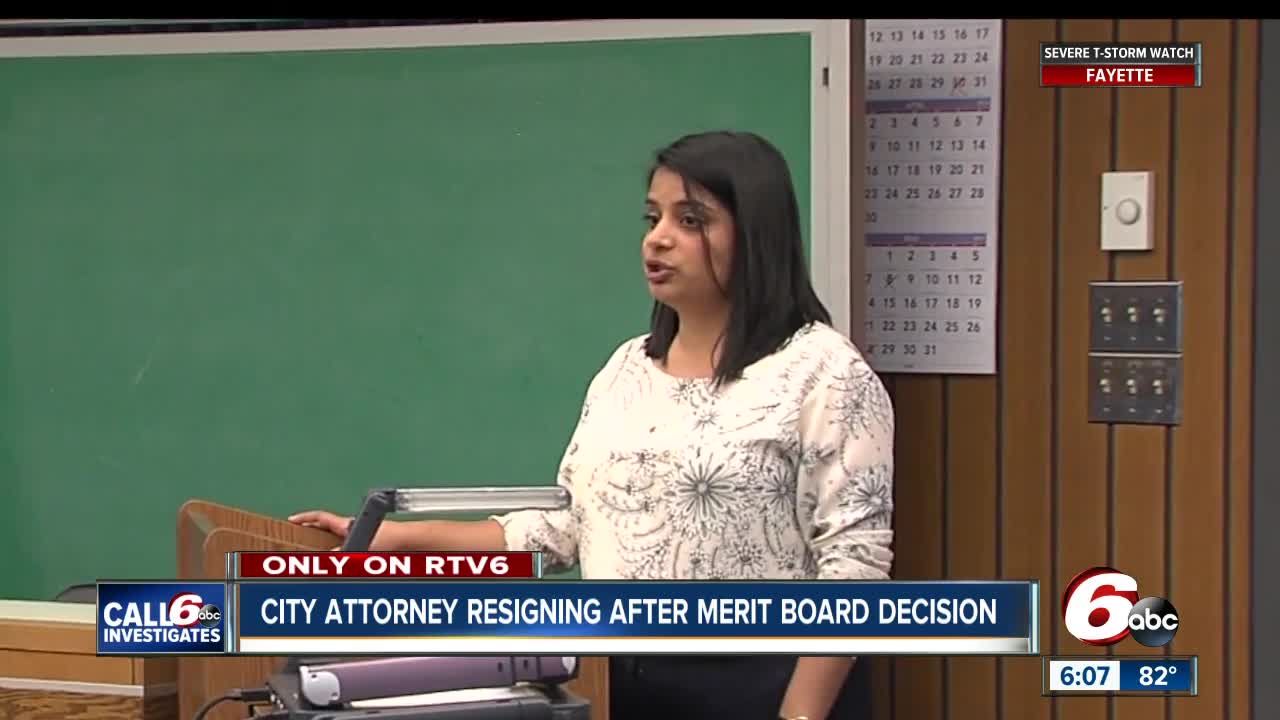 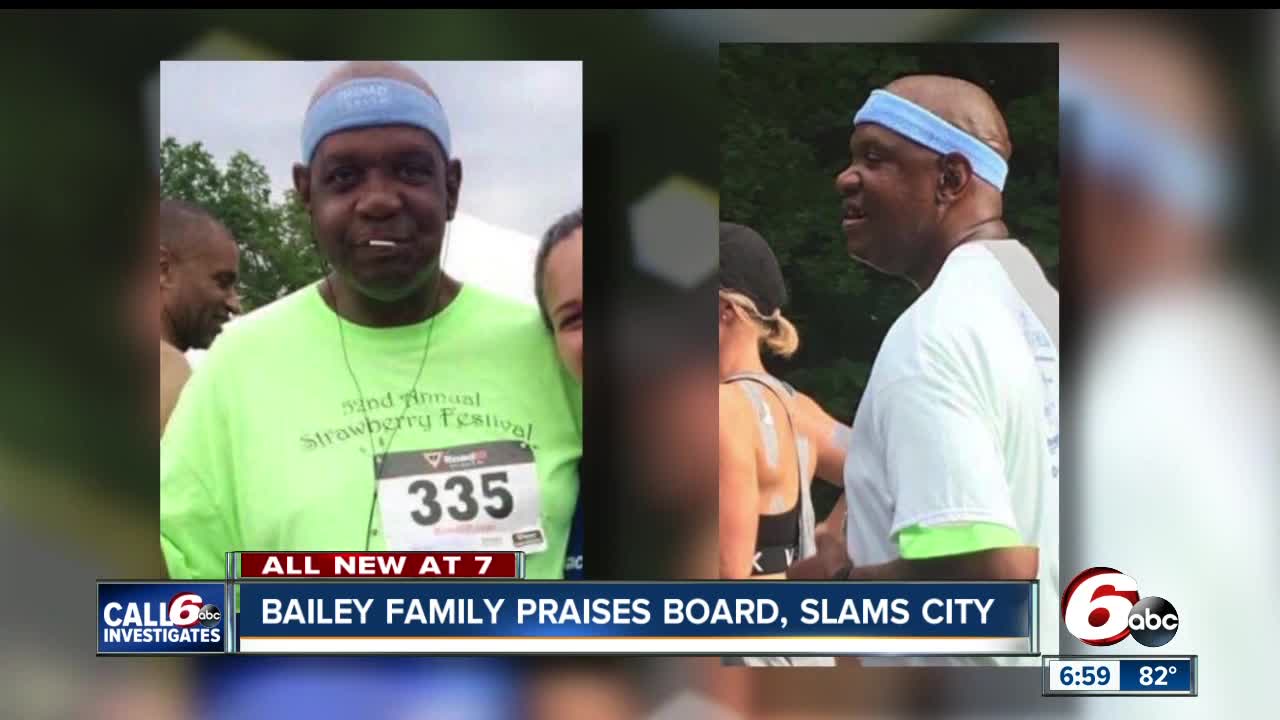 INDIANAPOLIS -- One of the attorneys who represented the city’s case at the merit board hearing on the fatal shooting of Aaron Bailey will resign her post next month, Call 6 Investigates has learned.

Two attorneys defended IMPD Chief Bryan Roach’s recommendation to terminate Officers Carlton Howard and Michael Dinnsen earlier this month. One of them was IMPD general counsel Melissa Coxey, who was the lead in the case.

The other was city attorney Nabeela Virjee, who had been with the city’s office of corporation counsel since January 2017. Call 6 Investigates learned this week that Virjee informed her superiors on May 18 that she would be leaving the office.

Virjee, the junior lawyer in the case, was selected to give the opening statements to the merit board. She was also responsible for questioning Roach about his justification for firing Howard and Dinnsen, and for cross-examining Det. Brent Hendricks, the lead homicide investigator in Bailey’s death.

Virjee began by forcefully questioning Hendricks about what she described as his “inconsistent, inaccurate and incomplete” investigation, but the cross-examination quickly proved to be a challenge. Virjees lines of questioning were met with frustration by board chairman Dr. David Wantz – Indy’s former, and last, public safety director – who wanted to know how they were relevant to the case. At one point, Virjee began to enter a document from an officer’s personnel file into evidence – only to abruptly stop.

An effort to impeach Hendricks as a witness fizzled after the officers' attorney, John Kautzman, pointed out that the detective couldn't be impeached for documents and statements made by others.

Hendricks' cross-examination itself ended abruptly after Coxey handed Virjee a note following a series of objections by Kautzman.

READ MORE | Officer in Aaron Bailey shooting: ‘I thought I was going to die that night’

The incident was highlighted Tuesday afternoon in a statement released on behalf of Bailey’s family by their attorney, Craig Karpe.

“Although we do not see the exact words, it is obvious Ms. Virjee has been told to stop her questioning,” the statement reads. “Taken aback, Ms. Virjee struggles to maintain her composure. She quickly wraps up her cross-examination and returns to her seat shaking her head.”

The statement goes on to accuse the city of “conflicts of interest” in trying the case, and lays the responsibility for the board's decision at the city's feet.

"The Bailey Family does not fault the Police Merit Board for the failure of the city to present its most persuasive evidence and arguments," the statement said. "The Bailey Family has lived their entire lives in Indianapolis. They love this city and they recognize that the men and women of the IMPD are part of what makes it great. They respect the risks and sacrifices of the police. The Bailey Family would like to stand together in solidarity with the officers and officials who dedicate their lives to this community. But that is not possible if the truth remains hidden and if justice is denied. The Bailey Family asks all people, police and civilian, to come together with them in a prayer for justice and peace."

Virjee does not mention the case in her letter giving official notice, which lists her final day at the office as June 8.

“I got everything you promised me when I signed up to come here: amazing experiences and interesting work,” Virjee said in her email.

Prior to joining the city’s legal staff, Virjee was a litigation associate at the law firm of Lewis Wagner LLP. She earned her law degree in 2013 from Indiana University School of Law.