INDIANAPOLIS -- A Marion County deputy prosecutor was temporarily suspended and is now on probation over inappropriate messages he wrote about defense counsel during a trial.

Deputy prosecutor Peter Beyel was trying a misdemeanor drunken driving case in Criminal Court 12 on Jan. 18 when Skype messages he’d written about the defense attorney in the case, Mark Nicholson, were projected onto a screen visible by the jury.

In the messages, Beyel called Nicholson a “cluster****.” Nicholson says when he alerted Beyel to the message, Beyel touched his laptop and it appeared again on the screen.

“I was standing in front of the screen, cross-examining the witness, and I saw it right there on the screen not once, but twice,” Nicholson said. “I thought it was unbelievable. I was a little surprised. But I was trying to stay focused on doing what was in the best interest of my client.” 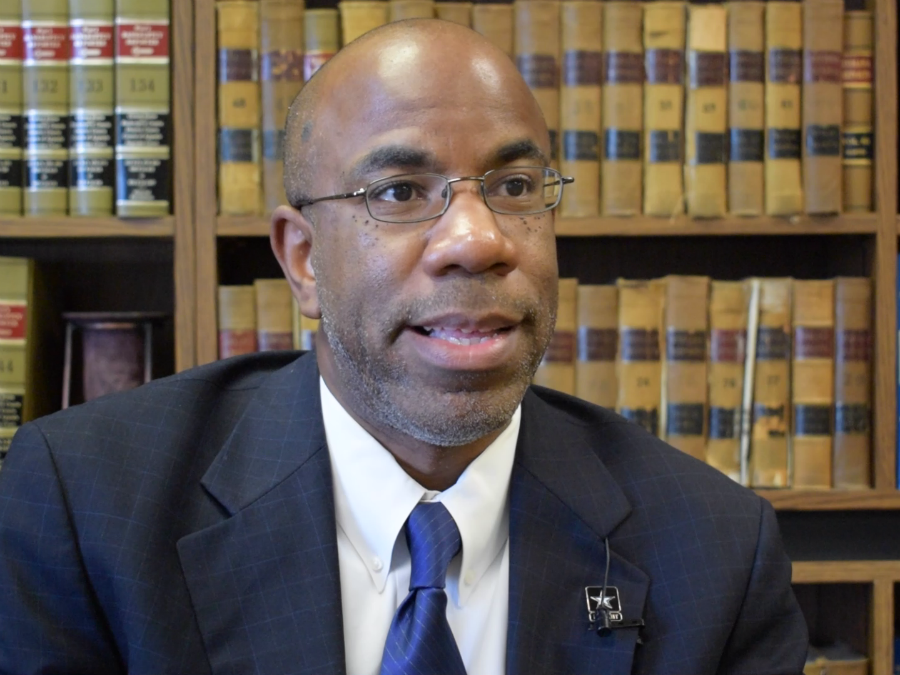 Above: Defense attorney Mark Nicholson says he couldn't believe the messages a Marion County deputy prosecutor wrote about him.

The judge in the case admonished jurors to ignore the messages. When the jurors were polled about whether they had discussed the messages among themselves – against the judge’s orders – most said no. When it became apparent that the jurors had talked about the messages – and, more importantly, that many of them had lied to the judge about it – the case was declared a mistrial.

Nicholson says his client will now have to face trial again. He filed a motion requesting a change of court, but was denied.

“This incident certainly does not reflect the conduct or professionalism expected and displayed daily by the nearly 400 women and men employed by the Marion County Prosecutor’s Office. We believe it is an isolated incident that has been addressed with the employee.

The following actions have been taken: The employee was disciplined through a suspension and then placed on probation. Prosecutor Curry personally apologized to the defense attorney. Our office has committed to cooperating fully with any resulting review by the Indiana Supreme Court Disciplinary Commission.”

Nicholson said he appreciated Curry’s call, but that the deputy prosecutor’s actions were still “offensive, egregious and inappropriate.”

“I believe that any time a case is mistried, and it’s due to the actions of a party, that it’s unfortunate, what I call a travesty, and it’s unnecessary,” Nicholson said. “And I wish it didn’t happen.”

A pretrial conference was scheduled for the case on March 5. A new trial date had not yet been set.