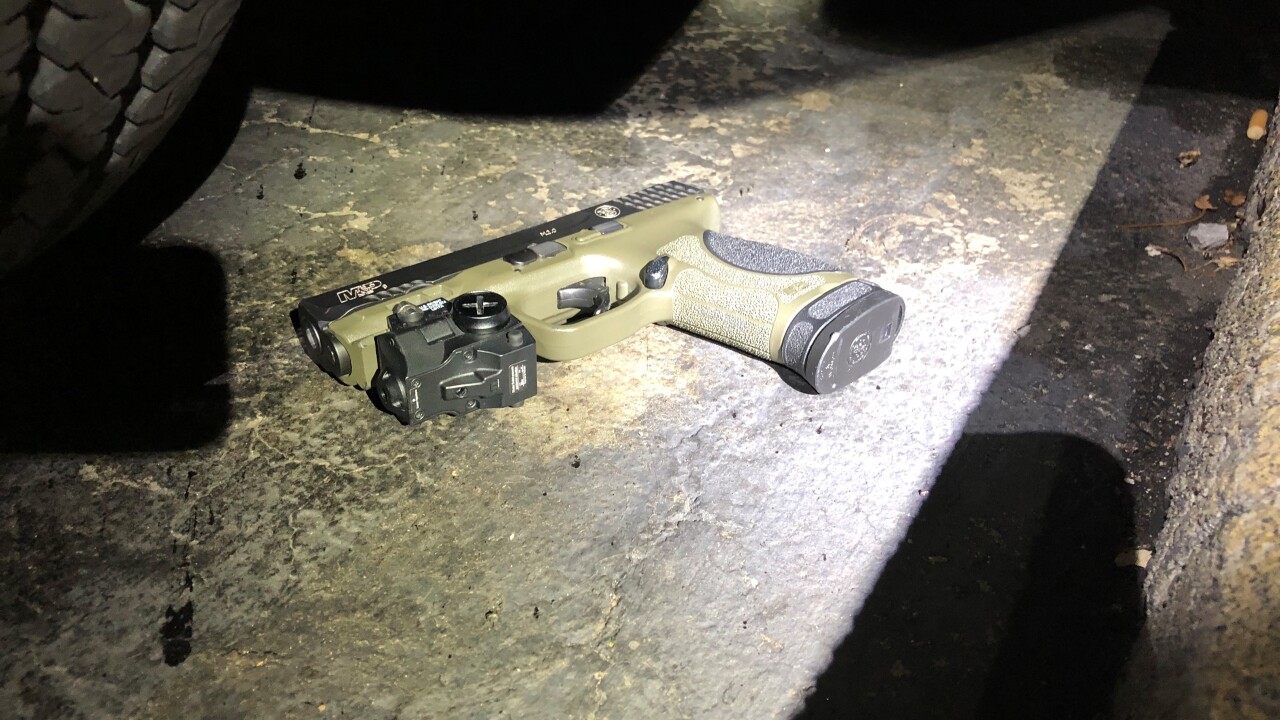 IMPD/Photo Provided
<i>Police believe a firearm found near where officers encountered the man belonged to him.</i>

INDIANAPOLIS — Officials with the Indianapolis Metropolitan Police Department on Friday identified two officers involved in shooting a man after he failed to drop a gun he allegedly pointed at a crowd outside a bar early Nov. 14.

IMPD Chief Randal Taylor on Friday identified the two officers as Keith Ortega and Roberto Sanchez. Both are four-year veterans of the department, the chief said.

Police previously said both were working off-duty employment around 10 pm. Nov. 13 at a bar in the 6300 block of West 34th Street. Around 2 a.m. Nov. 14, security guards told the officers about a disturbance involving several people outside near the entrance to the bar.

READ MORE | IMPD: Man shot by officers after disturbance with a gun outside a bar

Officers went outside and saw a man with a gun standing by a car and reportedly pointing it at a crowd of people. Officers shot the man after he didn't drop the gun when told to by the officers, police said. The man shot by officers is stable and is expected to survive his injuries.

Sanchez also joined the department as a recruit trainee in June 2016, according to his personnel file released by IMPD. He became a probationary officer in May 2017 and a patrol officer in May 2018. In May 2020, Sanchez was assigned as an aggravated assault investigator with IMPD's aggravated assault unit. He has no commendations or entries for discipline in his file, according to the file provided by IMPD.