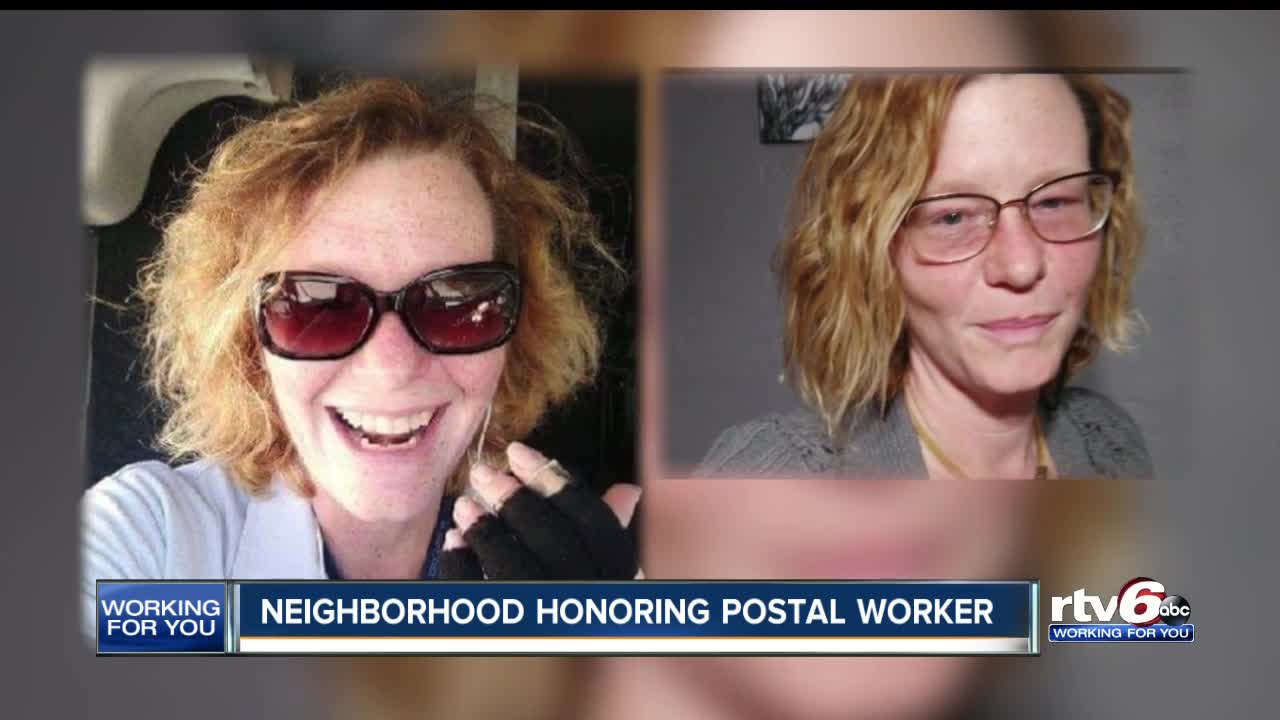 INDIANAPOLIS — Angela Summers was a welcome face in this east side neighborhood.

The 45-year-old U.S. Postal Service mail carrier was shot and killed near Washington and Denny streets Monday afternoon. One street over, Summers is being remembered for her kind heart.

"When this house burned a couple months ago, she made a special trip to see me to make sure I was OK," Stephenson said. "And whenever this little dog would be out she always had a treat for him and he looked forward to that every day."

"She was a Sunday school teacher, she was an animal rescuer," Stephenson said.

Neighbors like Traci Wagner recognize how hard Summers worked delivering mail in the rain, snow and heat all to feed her family. She said that's why she's printing yard signs to post in the neighborhood as a way to honor a mother now taken from her daughter.

"If we sell these signs after we're done selling them whatever money is left over or donated we'd like to donate it to Angela Summers' 14-year-old daughter," Wagner said.

The signs are currently being ordered. In the meantime, the people she served are thankful that she cared about them.

"She was a delightful person and she's going to be terribly missed by all who knew her," Anne Holy said.