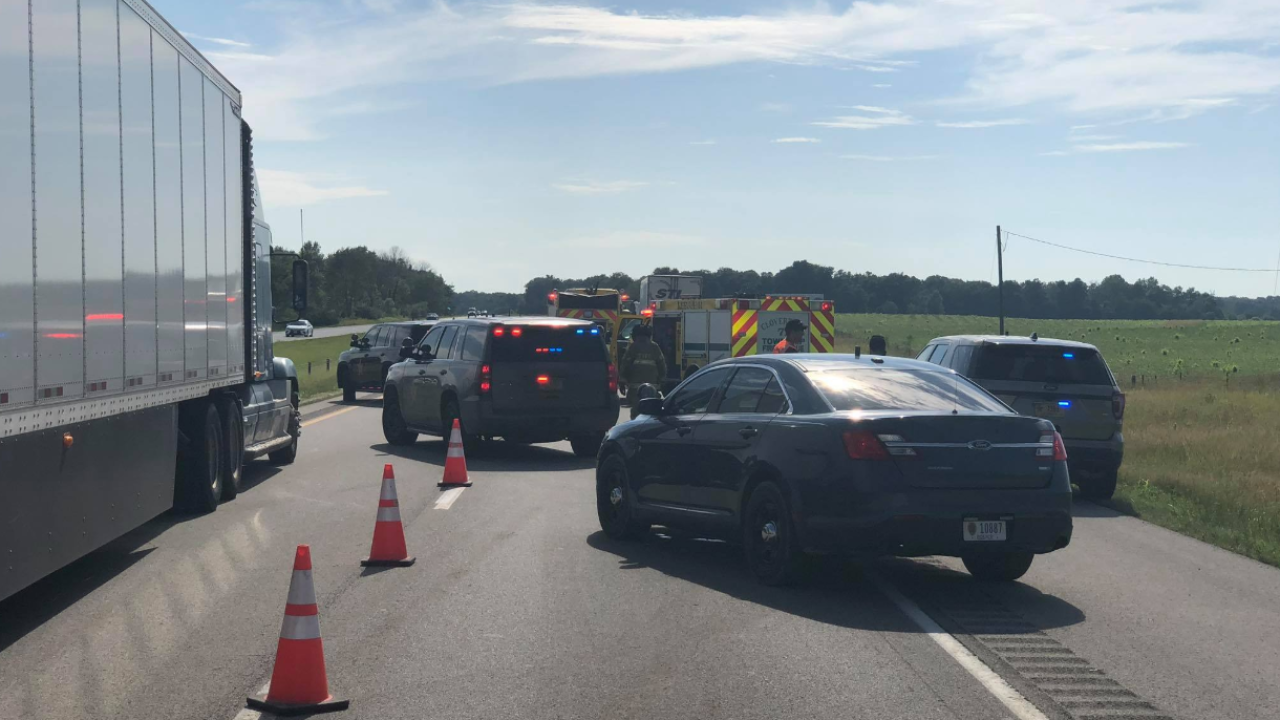 Copyright 2019 Scripps Media, Inc. All rights reserved. This material may not be published, broadcast, rewritten, or redistributed.
Putnam County Sheriff

PUTNAM CO. — A man was struck and killed by a drunk driver on Monday night in Putnam County, while his truck was being repaired on the side of I-70.

Freddie Smith, 66, of Sacramento California was securing roadside warning signs following repairs being made to his truck when a Chrysler van drove off the roadway, across the centerline, and struck him.

Smith was pronounced dead at the scene, according to Indiana State Police.

The driver of the van was identified as a 42-year-old man from Brazil, Indiana. The 42-year-old submitted a blood draw for drugs and alcohol, and the results certified that he was under the influence of a controlled substance. The Brazil man will be taken into custody once medically cleared.

The driver of the van is facing multiple charges, including Causing Death of Another Person When Operating a Motor Vehicle While Under the Influence of a Controlled Substance, Level 5 Felony.

Accordign to police, dispatchers had received numerous calls about the van, starting at the 56 mile marker, stating the vehicle was all over the roadway and driving recklessly. Troopers were enroute to locate the van before word that Smith was struck.