Juvenile arrested, several guns found, after report of shots into a house 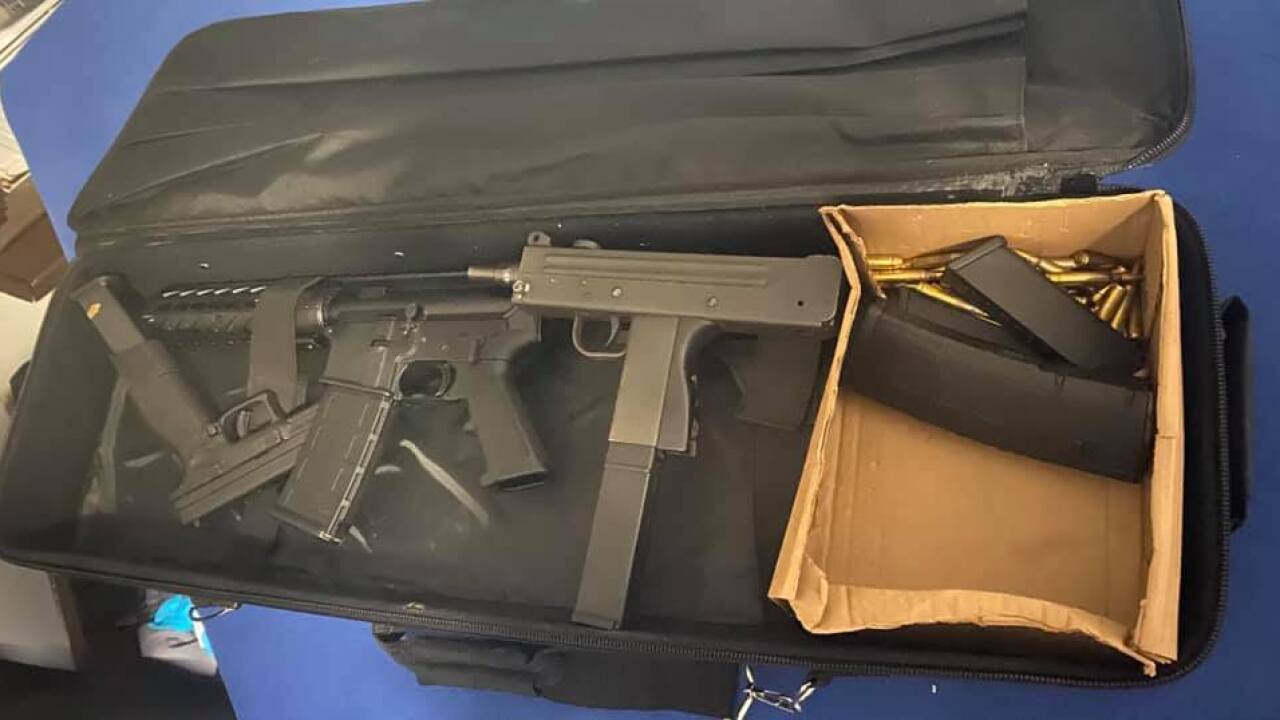 Photos courtesy of the Indianapolis Metropolitan Police Department
Multiple guns were seized from a juvenile after a report of shots fired into an Indianapolis house.

INDIANAPOLIS — A teenager is facing several charges after a report of shots fired into an Indianapolis house on Thursday.

According to a report from the Indianapolis Metropolitan Police Department, an officer went to a residence in the 400 block of North Colorado Avenue to take a report of bullet holes in the house and vehicle. While the officer was on scene, the officer heard gunshots being fired nearby.

The officer called for backup and headed toward the sound of the gunshots and encountered a subject holding a handgun. Police said the officer gave commands for the subject to drop the gun, but the subject did not and pointed the gun in the officer's direction before fleeing into a house.

Police said after other officers arrived, the subject, a 14-year-old, exited the house without incident. `

During a search of the house where the juvenile took cover, officers found more guns and expended shell casings, according to police.