K9 sniffs out guns, drugs and cash on Interstate-65.

Vehicle was northwest of Indy in Clinton County 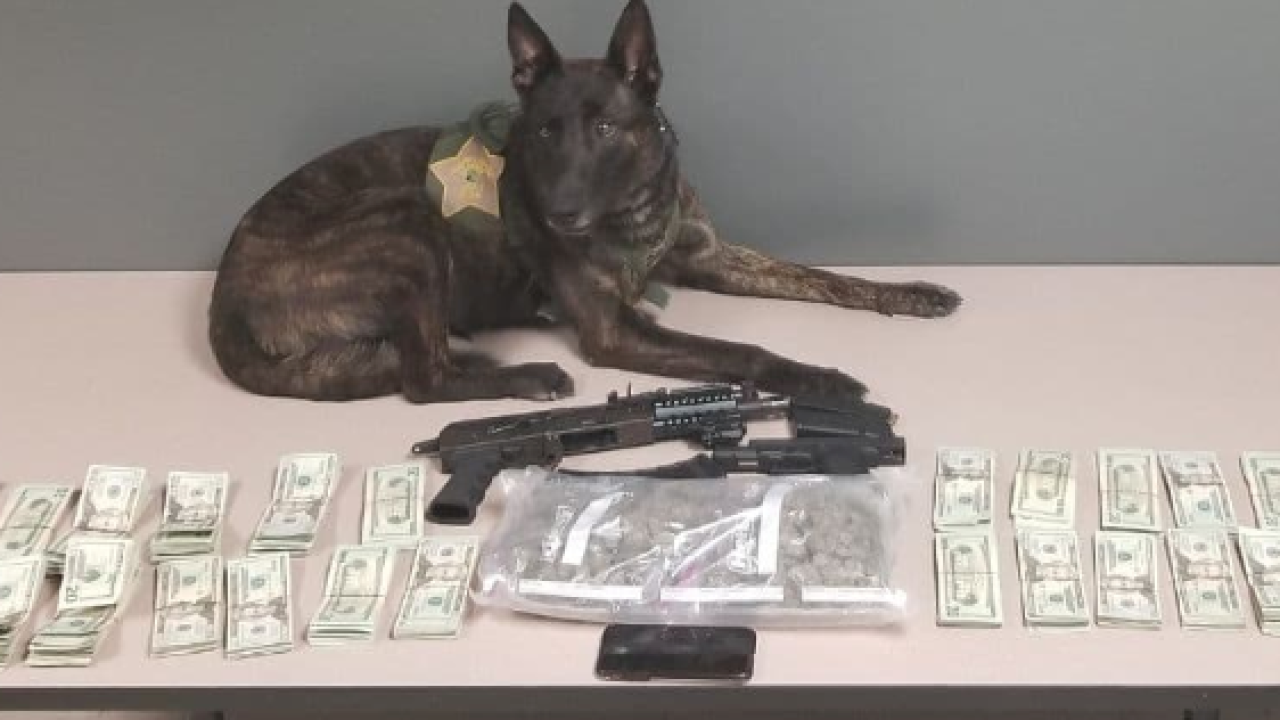 CLINTON COUNTY — The Clinton County Sheriff's Office had some extra treats for an important member of the department Thursday.

K9 Gunny's sniffing expertise was put to the test Thursday on Interstate-65 northwest of Indianapolis. A sheriff's deputy pulled a vehicle over for a traffic infraction and became suspicious.

Gunny was called to the scene and indicated a search of the vehicle was in order. Over $34,000 in cash, two guns and a "large quantity" of marijuana was found, according to Clinton County Sheriff Rich Kelly.
The vehicle was occupied by two men and a juvenile female. Troopers with the Indiana State Police assisted on scene.

“Once again, I am so very proud of our deputies for their hard work and initiative in taking guns and narcotics off our roadways. K9 Gunny earned some extra treats today! This is another example of the great service our deputies provide to this community," said the sheriff.