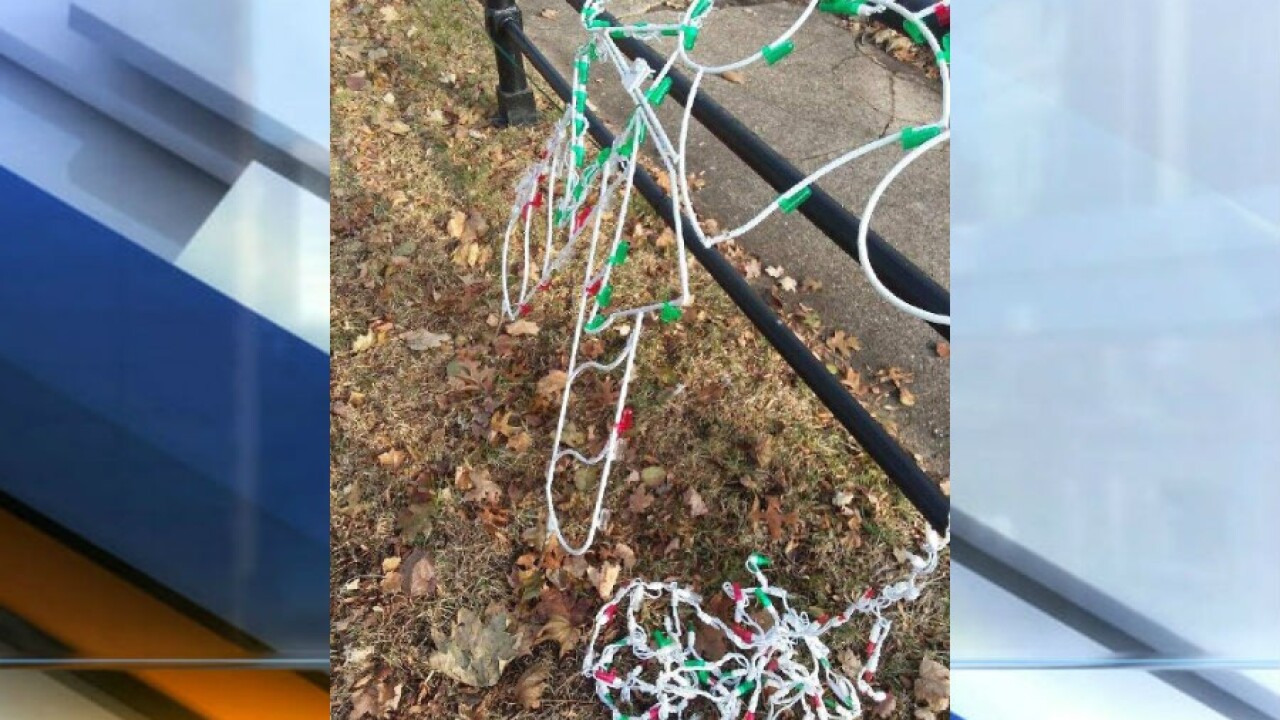 Police in Knightstown are seeking information after a holiday display was vandalized, possibly on Sunday, December 8, 2019. <i>Photo Provided</i>

KNIGHTSTOWN — Police in Knightstown say they have identified four juveniles they believe vandalized holiday decorations at the Academy Building.

Knightstown Police Department officers were notified Sunday after several decorations, including lighted candy canes, were damaged and tampered with at the Academy Building, KPD Chief Chris Newkirk said. It is unknown when exactly the vandalism happened.

The decorations, which are commercial grade quality, were set up for several Christmas theme events at Academy, said Kevin Richey, who works for the Academy Place Apartments.

"A lot of time, effort, and money went into the amazing display and free events that are being offered to the community this month at the Academy," Newkirk said in a Facebook post. "We as a police department are doing everything we can to keep Knightstown a safe place to live."

On Tuesday, December 10, Newkirk said police were given information that led them to identify two juveniles who were likely involved in the vandalism. After initial interviews detectives identified two additional juveniles.

As of Thursday morning, detectives had spoken to three of the four juveniles and they have all admitted to their involvement, Newkirk said. They are still trying to locate the fourth juvenile.

"The Chief is working with the juveniles, their parents and the Academy Place to come up with options for the juveniles," the Knightstown Police Department said in a release. "Options that not only hold them accountable for their actions, but also help to teach them the importance of taking pride in their community, respecting others and their property. All parties involved agree that turning this into al earning experience for the juveniles will produce the most productive and effective resolution."

The following holiday events are happening at the Academy in December: