Man dies after shooting at northeast side housing complex 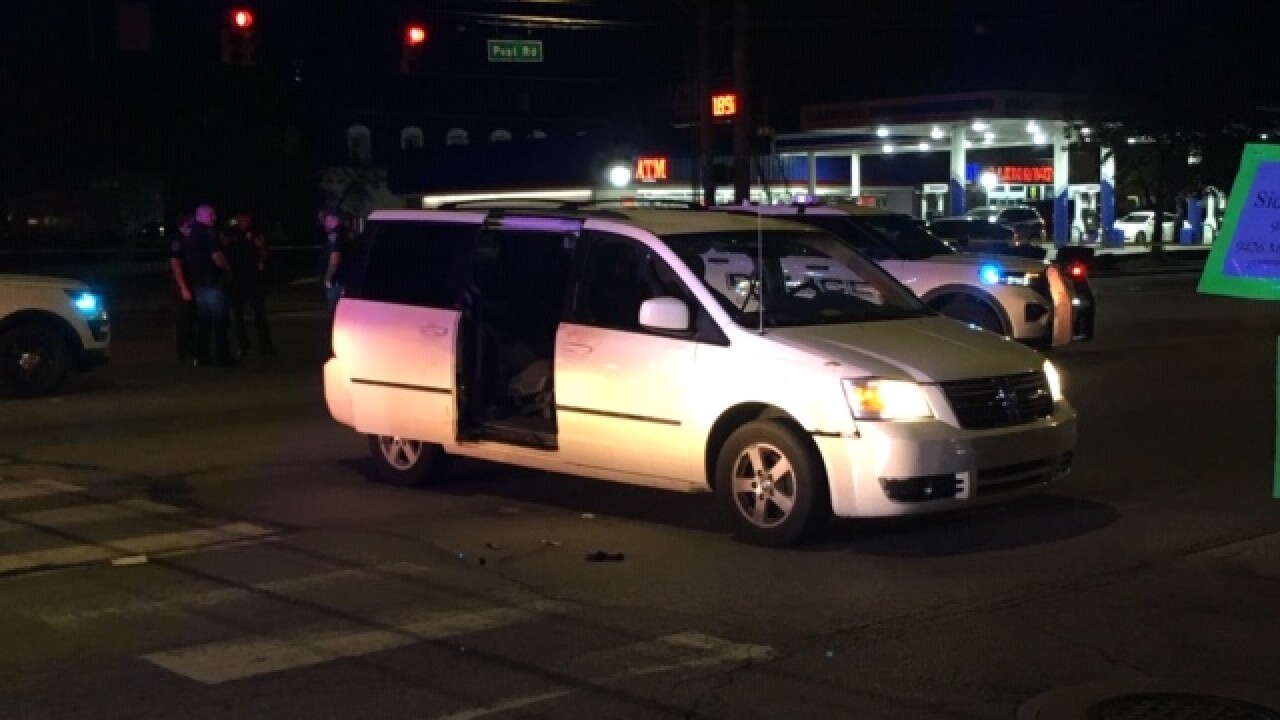 WRTV photo/Eldon Wheeler
A man died following a shooting in the 4000 block of Hampshire Court on Monday, Sept. 15, 2020.

INDIANAPOLIS — A man died after he was shot Monday night at a housing complex on the northeast side of Indianapolis.

Indianapolis Metropolitan Police Department officers found the man just before 11:30 p.m. Police said he had been transported in a minivan to the intersection of East 42nd Street and North Post Road and was shot at a nearby housing complex in the 4000 block of Hampshire Court.

The man was taken to an area hospital where he was pronounced dead.

Police have not released information about a possible suspect or what led to the shooting. The Marion County Coroner's Office will provide the man's identity.

Four other fatal shootings have occurred in the housing complex, Towne and Terrace, since June.

On Aug. 29, Nataysia Williams, 25, was shot and killed in the 4100 block of North Brentwood Drive. A private security guard, Melvin Hall, has been charged with murder.

Anyone with information about Monday's shooting should contact the IMPD Homicide Office at 317-327-3475 or Crime Stoppers of Central Indiana at 317-262-8477.