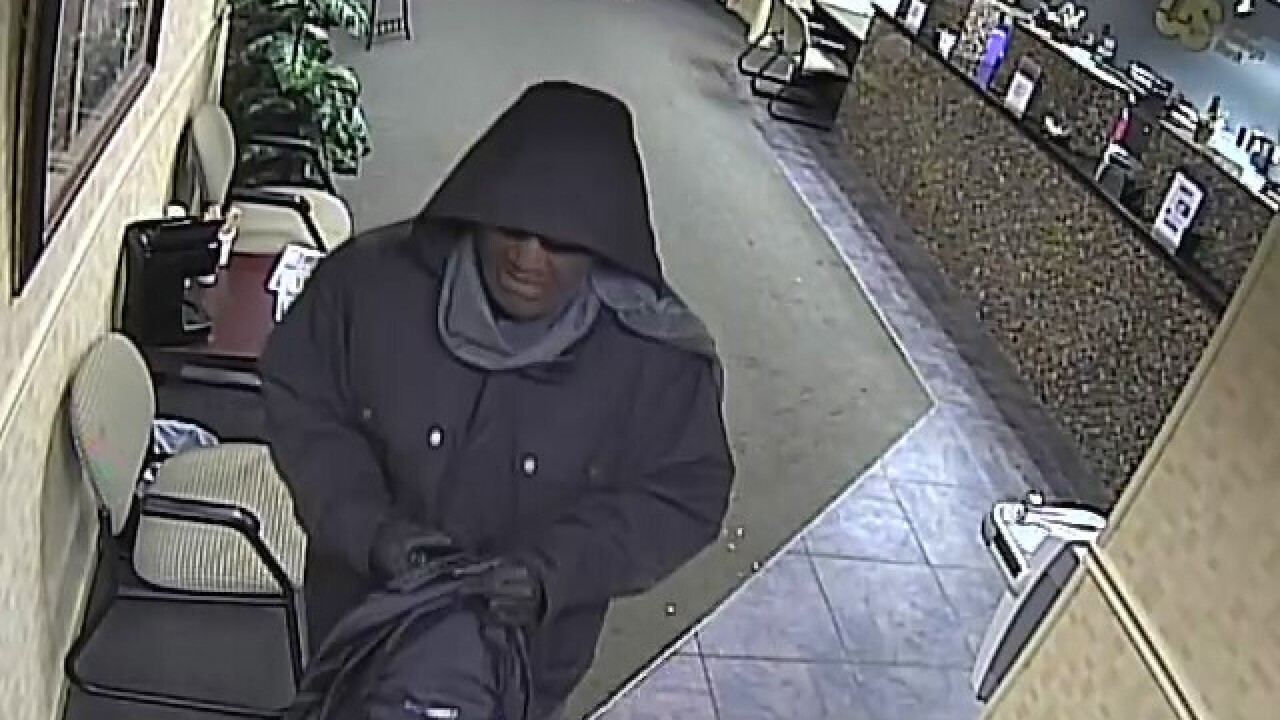 BLOOMINGTON — The Monroe County Sheriff's Office is asking for help identifying a man caught on camera who they said robbed a bank Saturday afternoon.

Deputies were called to the Union Savings Bank in the 2200 block of South Curry Pike after 1 p.m., the sheriff's office said in a Facebook post.

Investigators said the suspect, who was armed with a black pistol, confronted two employees as they were preparing to close. The man got away with $2,000, and the employees were not injured.

A sheriff's K-9 tracked the suspect, who walked away from the scene just south of the bank, but the investigators believe the man may have had a vehicle waiting nearby.

Anyone with information should call 812-349-2822 or email investigations@co.monroe.in.us.