One in custody after carjacking in Carmel 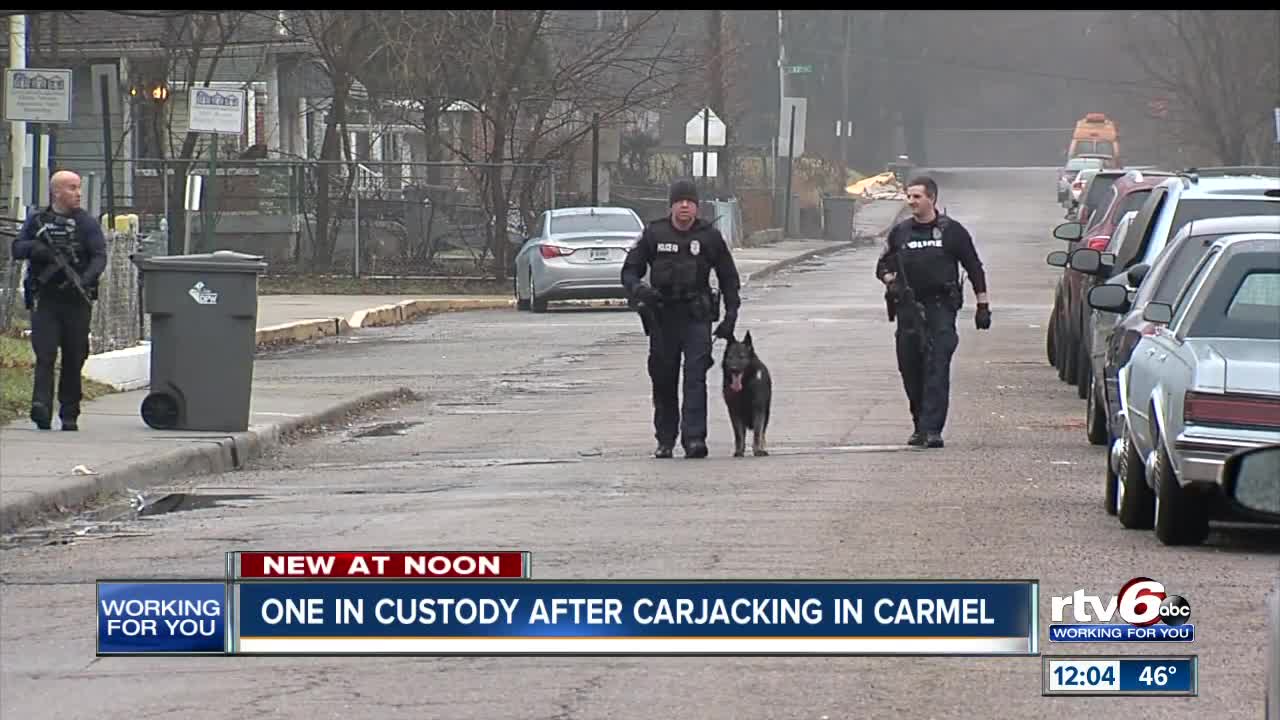 One person is in custody and one is still on the loose after a carjacking in Carmel that led to a chase into Indianapolis.

CARMEL — One person is in custody, and another is still on the loose after a carjacking in Carmel on Friday that led to a chase into Indianapolis.

Police said two people carjacked a 2019 Chevrolet Traverse and demanded the driver's wallet Friday morning in the 300 block of Haydn Drive, near the intersection of 146th Street and Springmill Road, in Carmel. Investigators tracked the SUV by GPS into Indianapolis.

Police say the suspects bailed at 27th Street and Paris in Indianapolis, which is by I-65.

Officers took one person into custody; the other person is still out there.