One person killed in shooting at northeast side apartment complex 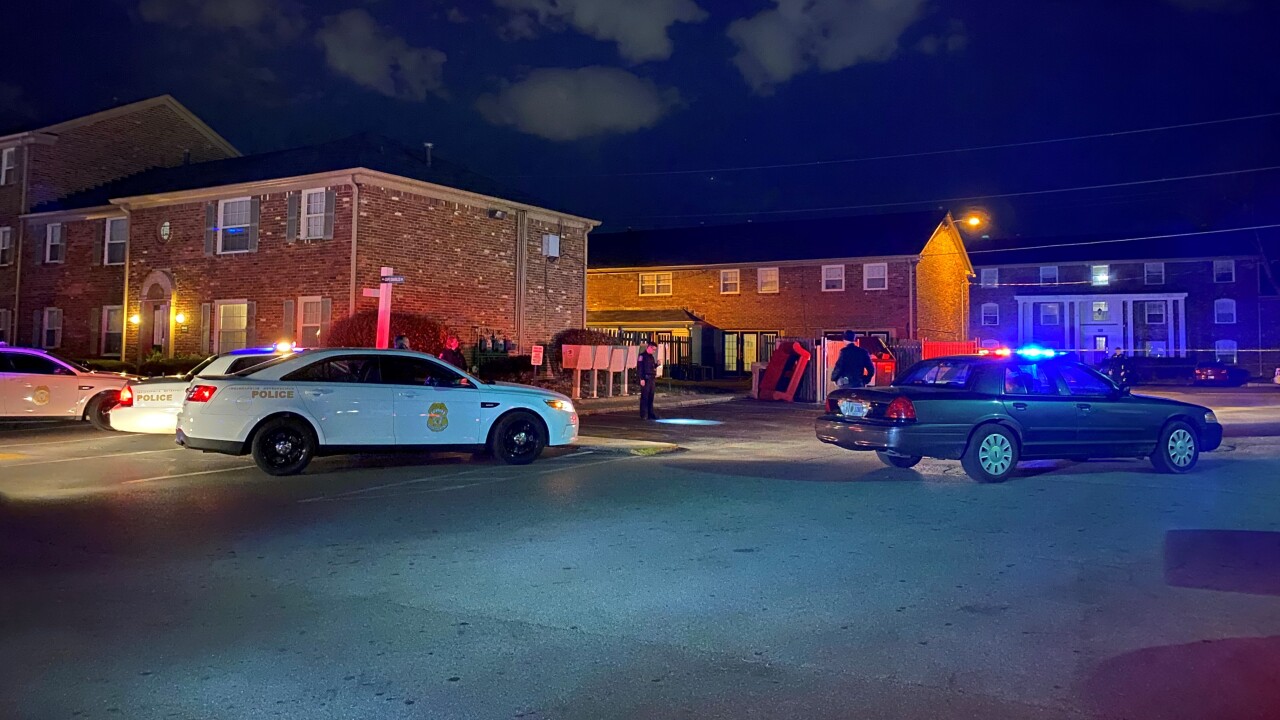 WRTV Photo/Mike Japowicz
One person was critically injured in a shooting at an apartment complex on Indy's northeast side on Thursday, Nov. 19, 2020.

INDIANAPOLIS — A man was shot and killed at an apartment complex on the northeast side of Indianapolis.

According to a report from the Indianapolis Metropolitan Police Department, officers were called to the 4500 block of Jamestown Court around 6:20 p.m. Thursday on report of a person shot.

Police said they arrived and found one person suffering from a gunshot wound. The victim was taken to an area hospital in critical condition and later pronounced dead, officers said.

IMPD Maj. Harold Turner said that while officers were on scene and providing aid to the victim, officers heard what sounded like a single shot being fired from a vehicle driving in the complex. Police are continuing to investigate both the initial shooting and the apparent shot that was fired after officers arrived.