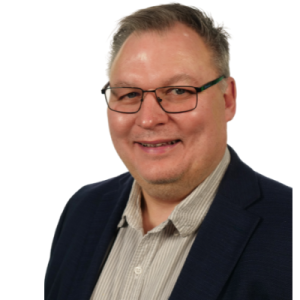 Indianapolis Metropolitan Police and the Marion County Prosecutor's office say a 16-year-old boy fired two shots into Grundy's Chevrolet Cruze as she drove in the 3400 block of North Sherman Drive on Aug. 30.

INDIANAPOLIS — Kea'Asia Grundy was quick to dance even though her family says she wasn't a great dancer.

It was how she attacked life, always looking to make people laugh and have fun. Loved ones described Grundy, 20, as a "comedy show." She loved to tease, loved making noise — even when she was supposed to be quiet — and loved spending her time with her large family.

"She was always a happy child. Like, just lovable. She brought the life to the party. And she was just loved," Grundy's mother Patricia Williams said.

"I had a good child. She was not a bad person. She did not harm anyone. She didn't do bad things to people. I just don't understand why my child was chosen or why she's gone now."

Indianapolis Metropolitan Police and the Marion County Prosecutor's office say a 16-year-old boy fired two shots into Grundy's Chevrolet Cruze as she drove in the 3400 block of North Sherman Drive on Aug. 30. She was out earning extra cash that night working for a food delivery app.

Bullets struck Grundy and her passenger, a 14-year-old boy who her family said was the brother of Grundy's girlfriend. Grundy collapsed in the driver's seat and crashed the car into a utility pole near 34th Street and Sherman Avenue.

The bullet hit Grundy in the right shoulder, entered her chest and killed her. A bullet struck her young passenger in the elbow. He was treated at Riley Hospital for Children at IU Health.

Surveillance video from area businesses led police to their suspect, according to court records.

Knowledge Jones, 16, was in the driver's-side back seat of a red Hyundai Accent when he fired the shots at Grundy's car, prosecutors say. Police say the Hyundai's license plate was captured on the video.

WRTV is identifying Jones because he has been charged as an adult.

According to a probable cause affidavit, Jones had been "beefing" with Grundy's teen passenger.

Jones admitted that he fired "a single round at the vehicle out of the window because he felt pressured by others in the vehicle," IMPD Detective David Miller wrote in the affidavit.

The Marion County Prosecutor's Office charged Jones as an adult on Sept. 14 with murder, battery and dangerous possession of a firearm by a child in connection with Grundy's death. A trial is scheduled for April 12 in Marion Superior Court.

In a city where nearly six-in-10 homicides from 2021 remain unsolved, Grundy's family is pleased that police arrested a suspect.

But Williams is still angry. She wonders how Jones got the gun. She wants Jones's parents to be held responsible and said she's considering filing a civil lawsuit.

"This violence that's going on right now is bad. We need to do something about these kids. If we can't do something, we need to hold these parents accountable for what their children are doing," Williams said.

"All of us are devastated."