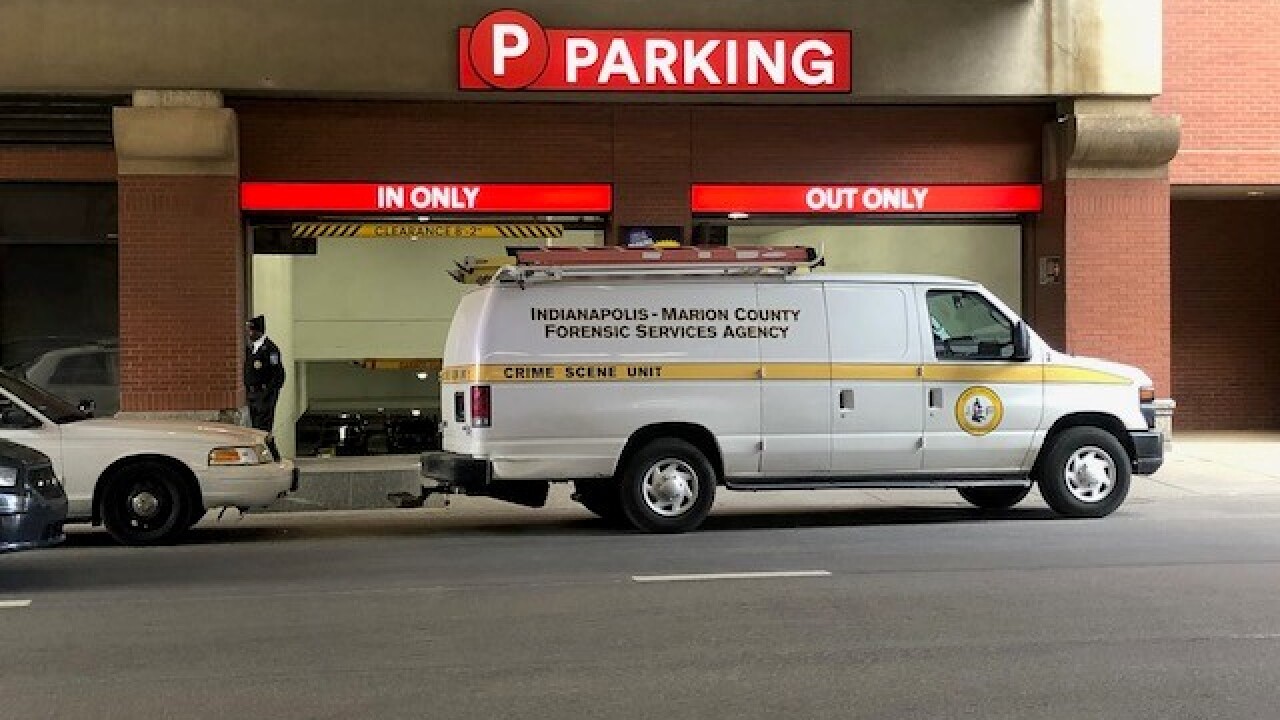 INDIANAPOLIS — A person is dead following a shooting inside a Circle Centre Mall parking garage Thursday afternoon in Downtown Indianapolis.

Police were called to the garage at 48 West Maryland Street at 2:25 p.m. They found a victim identified only as an adult male inside the garage who had been shot. He was declared dead shortly after arriving at a local hospital.

Indianapolis Metropolitan Police Department Public Information Officer Grace Sibley said police believe the victim and his assailant knew each other. She described the shooting as "targeted."

There has not been an arrest.

Detectives are talking to witnesses who were in the garage at the time of the shooting.