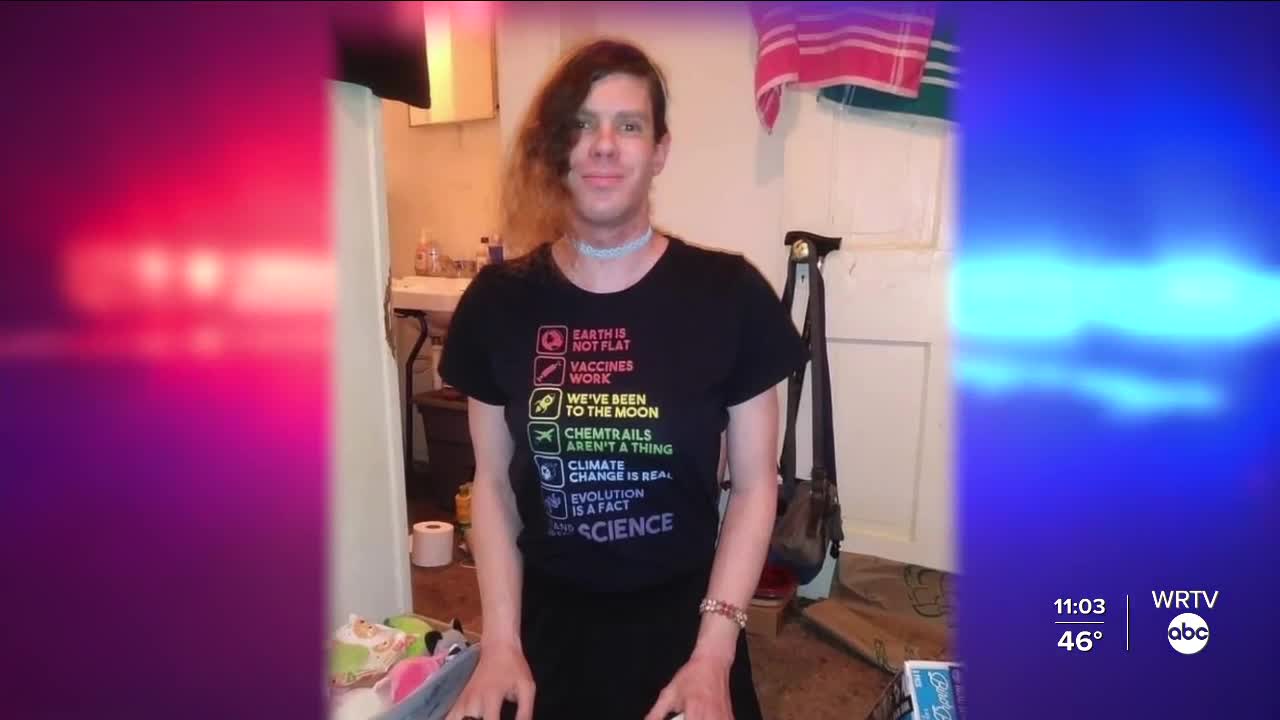 Friends, family, and community members are remembering Sarah Blackwood after she was shot and killed Sunday in Indianapolis.

INDIANAPOLIS — Sara Blackwood is being remembered as a kind, gentle soul who had a knack for knowing how to help people. Several community members have posted about their experience shopping at the Kroger where Sara worked. Many of them said she was always nice, helpful, and patient.

Blackwood was shot while she was walking home from work Sunday night in 2600 block of E. Washington around 10 p.m. Blackwood died while in surgery according to a friend who is speaking on behalf of Blackwood's spouse and family.

At this time, the Indianapolis Metropolitan Police Department has not provided WRTV with any further details surrounding the investigation into Blackwood's death. Because she was a transgender woman, many people are suspecting that had something to do with it.

"It's unfortunate that someone who was clearly a fixture and clearly beloved has been taken from their community," Kit Malone, an advocate with the ACLU of Indiana, said.

Malone is an LGBTQ+ rights advocate with a particular focus on those who are trans because that's how she identifies. With details around Blackwood's death sparse, many in the community are worried this is part of a disturbing trend.

"I do know that there is a horrific rate of violence against transgender women, so when one of us is murdered, the mind automatically goes to that," Malone said.

The Human Rights Campaign shared a note about Sara's death saying they're deeply saddened over it. They noted her death marks at least the 33rd violent death of a transgender or gender non-conforming person this year in the United States.

"I want people to recognize that this isn't something that only happens in the big city, this is something that happens right here at home to people who are beloved in their communities," Malone said.

"Sara was everything to me. She was the best person and the world is a worse place without her in it."

Nicole Brown, Blackwood's cousin, wrote online "it has been very comforting to see all of the sweet comments... and hear about the difference that she made in her community. Thank you all for your kindness."

Community members have created a fundraiser, donating money to Trinity Haven in Blackwood's honor. Her family has already taken care of funeral expenses.