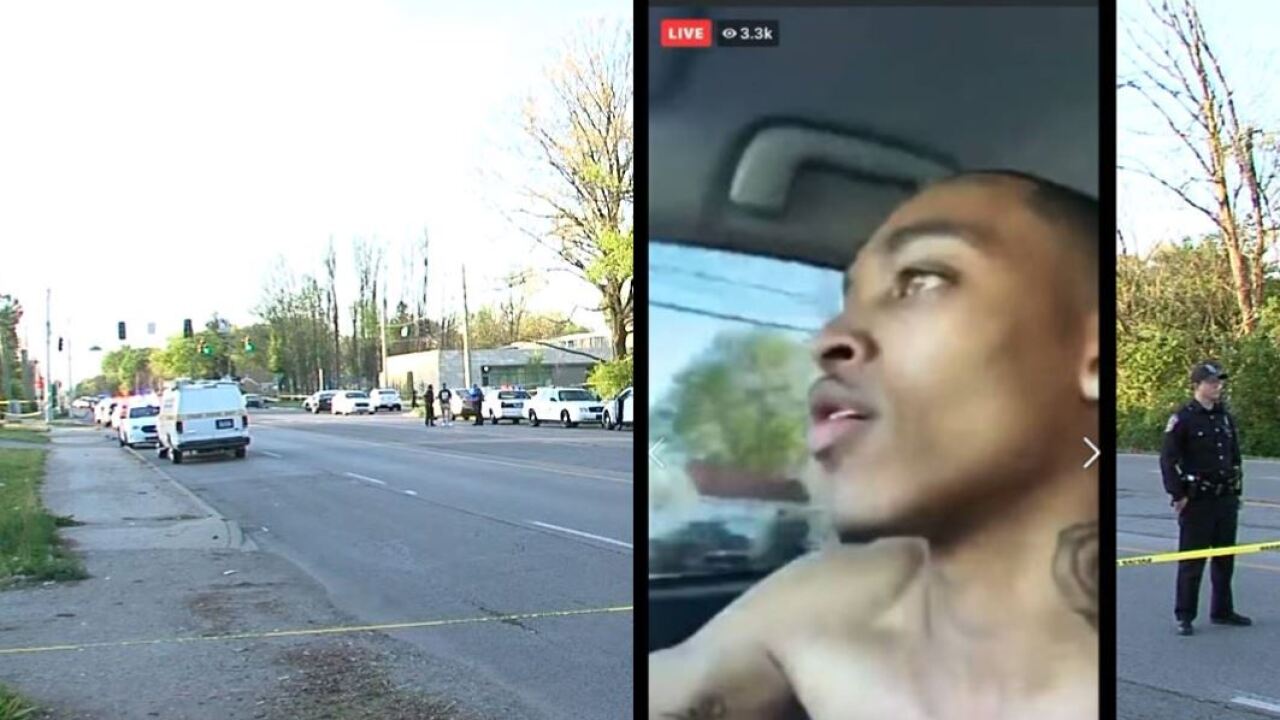 INDIANAPOLIS — The special prosecutor appointed to oversee the investigation into the May 6 shooting death of Dreasjon Reed by an Indianapolis Metropolitan Police Department officer has asked the Indiana State Police to handle the criminal investigation.

In a statement released Wednesday, Madison County Deputy Prosecutor Rosemary Khoury, who was appointed the special prosecutor earlier this month, said it is best if IMPD does not handle the investigation.

"In the current climate it is my professional opinion that it is in the best interest of all involved that the Indianapolis Metropolitan Police Department not conduct the investigation in this matter and allow an independent law enforcement agency to assume this responsibility," Khoury said. "Therefore, on this date I am requesting that this criminal investigation be reassigned to the Indiana State Police. In order to conduct as thorough and complete of an investigation as possible, I am also asking the community to cooperate with me and with the investigators who are working alongside me."

RTV6 has confirmed that Indiana State Police will take over the investigation.

We defer to the assigned special prosecutor for the officer involved shooting that took place on May 6, 2020 at 6200 N. Michigan Road. IMPD continues to cooperate with any request for information by the special prosecutor or the Indiana State Police.

Khoury said she is committed to "complete transparency" but is seeking to collect and examine evidence in "as sterile an environment as possible, which I will strive to do throughout this investigation."

"I am not permitted to try the case in the media," Khoury said. "However, I will keep the citizens of the community whom I serve abreast of the process and progress of this investigation."

Reed, 21, was shot following a police pursuit on Indianapolis' north side. After he got out of the car, police said Reed attempted to run away. Police also allege Reed fired a gun as he ran so officers responded by tasing him first and then shooting him.

Reed's family members have said they have evidence that Reed did not point a weapon at officers. That evidence has not been shared at this time.

Reed was streaming live on Facebook during the police pursuit. The stream continued when Reed exited his vehicle near 62nd Street and Michigan Road. Gunfire can be heard over the livestream but it did not capture video of the shooting.

After the gunfire ended, one officer can be heard saying, "It's going to be a closed casket, homie," before the live stream was ended by a detective at the scene.

The Reed family issued the following statement through their attorney:

Although they are way behind schedule, and although we would have preferred to have been contacted directly instead of finding this out in the news, we are pleased that the names of these officers have finally been released. This validates our suspicion that the person who senselessly murdered Dreasjon Reed was a poorly trained police officer who, in his eagerness to please his boss, senselessly killed Dreasjon. Officer Mercer must be arrested immediately. He must be held accountable for the murder he committed. As for Officer Scott, his punishment was not sufficient. he is a prime example of IMPD's pervasive culture of degrading people, especially Black people. he must be fired immediately.

The release of the names of these officers is also not sufficient. The Chief of Police and Deputy Chief of Police must abstain from any part of the investigation because they are material witnesses. The Special Prosecutor seems to be moving in the right direction; however, we do not believe that reassigning the investigation to the Indiana State Police goes far enough. We need an independent, federal investigation to be conducted. Without this investigation being handed over to a truly independent body this is all just pomp and circumstance. We have said from the start that we are interested only in the truth and the truth we shall have. We will not stop until we get it.

Khoury asked anyone who has information pertinent to the case to contact the Indiana State Police at 765-778-2121.