'Stop killing us': Northeast side residents search for change after quadruple murder 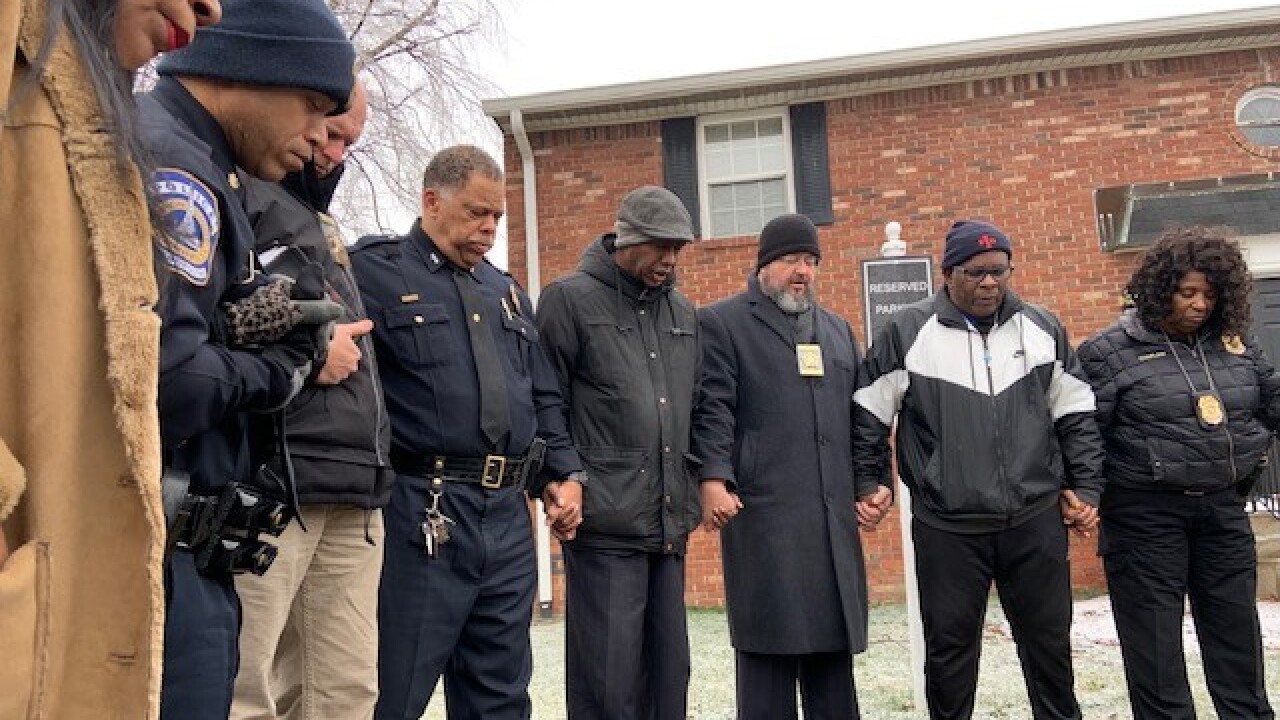 Shea Goodpaster/RTV6
Police and community members pray on Thursday, Feb. 6, 2020, a day after four young adults died in a quadruple murder on the northeast side of Indianapolis. 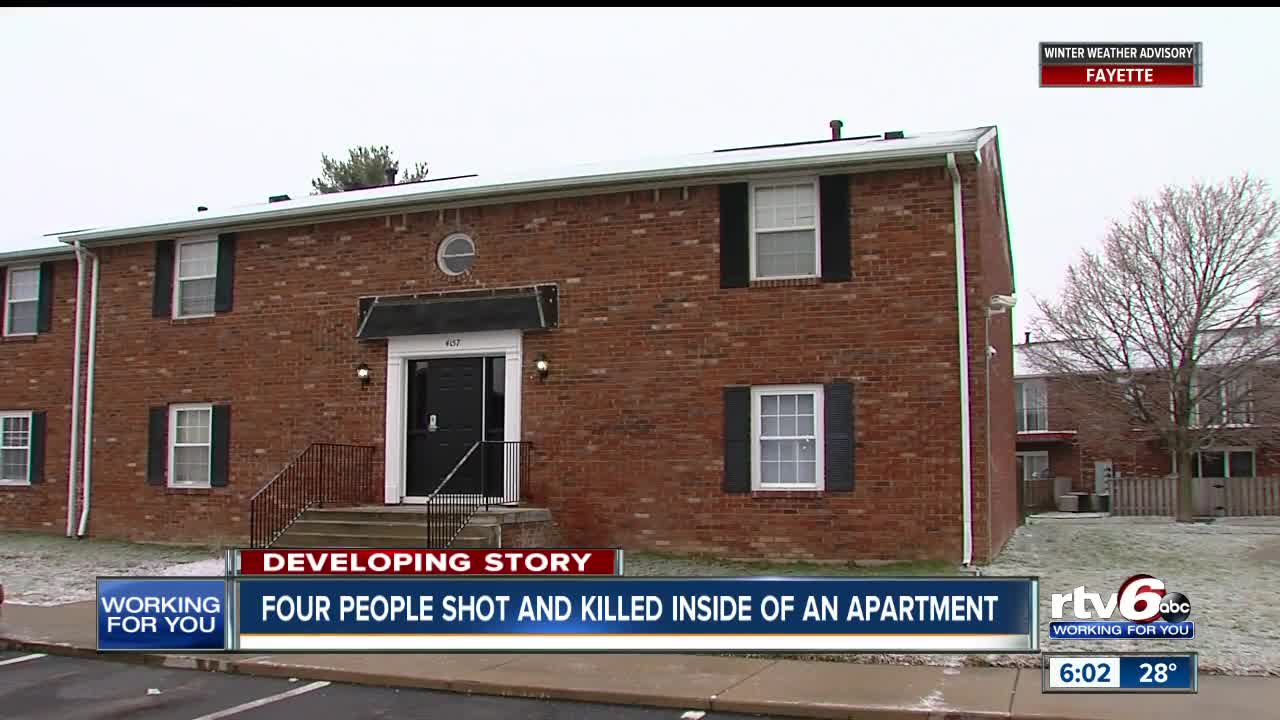 INDIANAPOLIS — A day after four young adults were shot and killed at a northeast side apartment, other residents said they are fed up with their homes and neighborhoods become crime scenes.

Indianapolis Metropolitan Police Department officers were called to an apartment in the 4100 block of Shady Oak Drive just before 10:30 p.m. after a neighbor noticed a back patio door was shattered and saw someone fleeing from the residence.

Officers found four victims down inside the apartment. Three men and one woman were pronounced dead at the scene, and he Marion County Coroner has identified the victims as Marcel Wills, 20, Braxton Ford, 21, Kimari Hunt, 21, and Jalen Roberts, 19.

"My daughter called me from across town and said, 'Mommy four people got killed right by your house,'" Ilene Loper said. "I looked out the window and the police was out there."

"To me, it sounded like a shotgun. "Like, 'Pow!'" Loper said. "We are tired of it over here. We are tired. What's going through my mind? Stay in my house, like I do. Because that's what we do around here. Only come out unless we have to."

Shardae Hoskins, a community resource coordinator and east side resident who graduated from Warren Central High School, said the lack of quality food and jobs, along with schools closing in the area, make fighting crime an uphill battle.

"Be sad. Of course, mourn. But at the same time, use this to be motivation for all of us as a community to come together and help fix this issue," Hoskins said. "I grew up in this neighborhood and I really want to make a change."

Hoskins said she wants to connect families with the nearby Boys and Girls Club and the Far East Side Cafe.

"It's generational so this is all they know," Hoskins said. "A lot of people have been residents in this area for a long time and maybe they don't see a way out. Myself, I'm here to tell you that you can get out. There are resources to help you. And I want to be a part of that for you."

For now, finding hope less than 24 hours after another tragic event can make hope hard to find.

"I hope they try to get through to our people," Loper said. "Stop killing us. Stop killing each other. It's gotta be a stop somewhere."