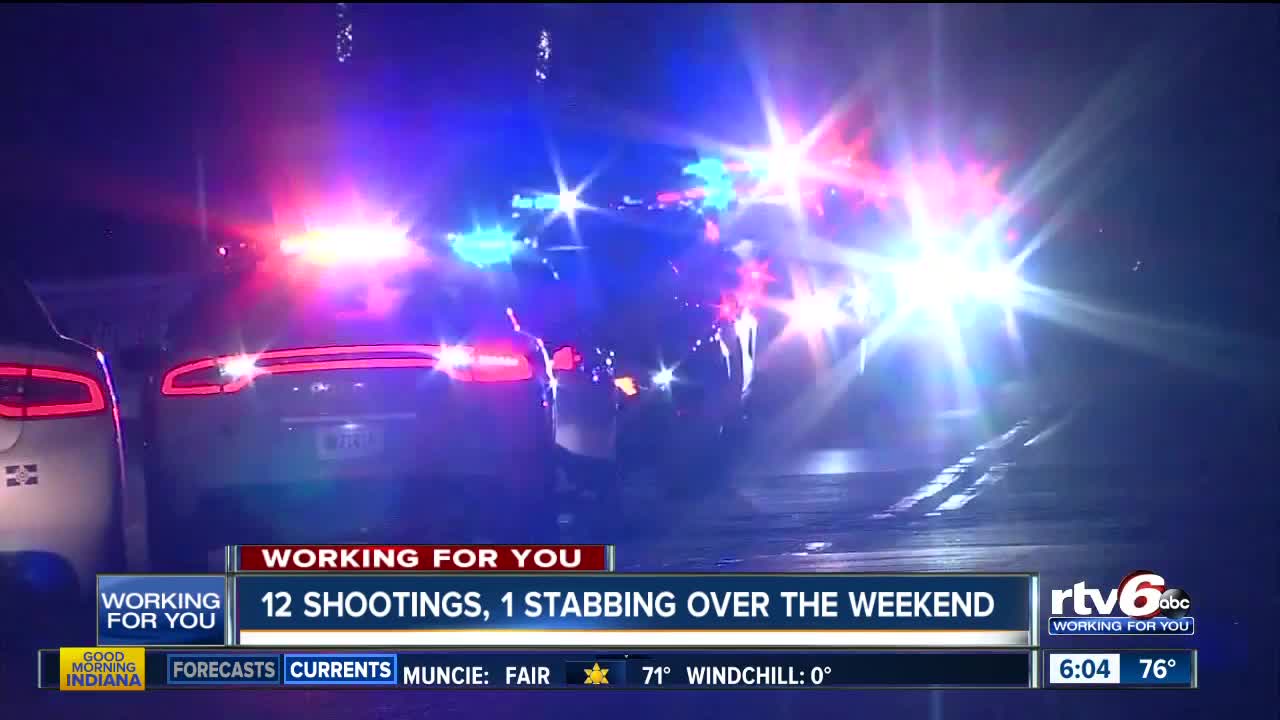 The 4th of July weekend proved to be another violent weekend in Indianapolis.

INDIANAPOLIS — Another violent weekend in the Circle City ended with two people dead, and a total of 12 people shot.

Since Friday at 3 p.m., 12 people have been shot, one person stabbed. These incidents lead to two people losing their lives.

On Friday, there was a walk-in gunshot victim at Eskenazi Hospital and a shooting on English Avenue.

Saturday, four people were shot in three separate incidents. All of them said to be in stable condition.

Also happening Saturday, a person was stabbed near the 400 Block of Arthur Avenue. The victim in that case died.

On Sunday, four separate shootings left three people injured and a 24-year-old woman dead. Jessica Whitaker was killed near the canal walk. This is the second person in just one week who has been killed in this area.