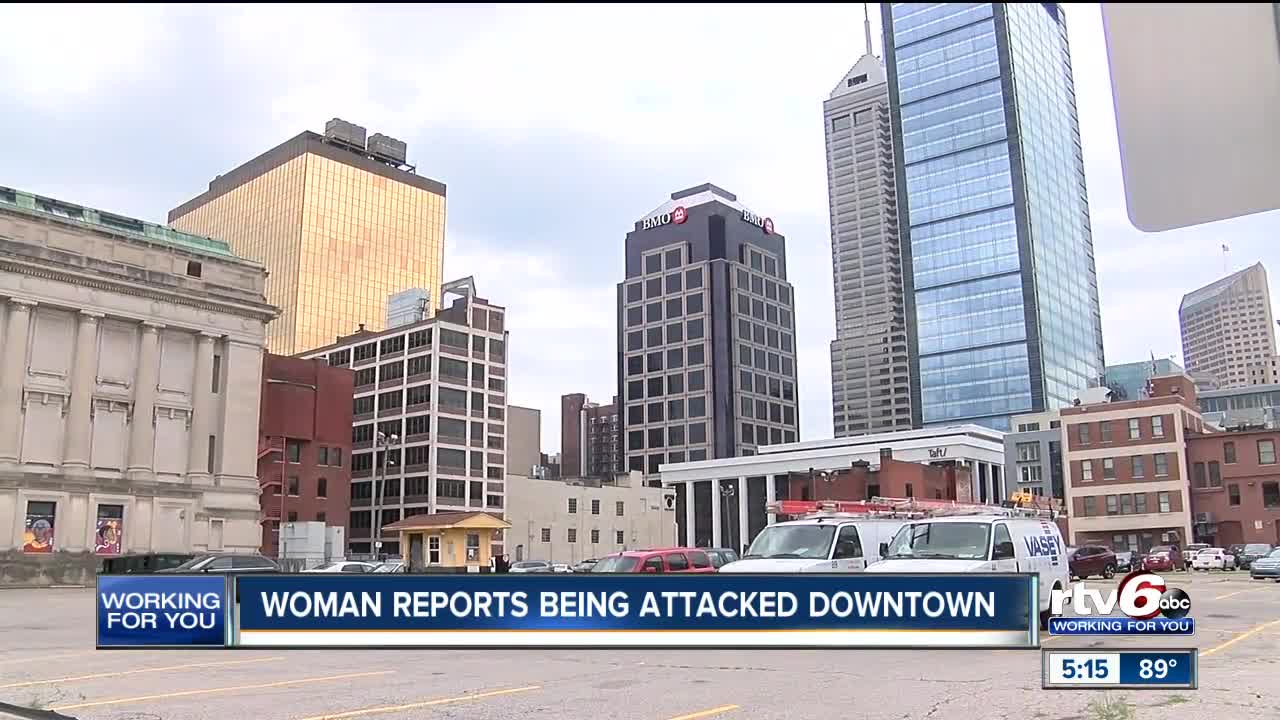 INDIANAPOLIS — An Indianapolis woman is sharing her story after being attacked in a parking lot downtown.

Police have arrested a man, who is also accused of attacking several others last week. Our policy at RTV6 is to conceal the identity of victims involved in sexual assault cases.

"It was just fast, very fast, so you know you don't really think," the woman said.

It's a scene that keeps playing over and over in this Indianapolis woman's head. She said she was in a parking lot near Alabama and New York when a man approached her.

"When he first came to me it was not aggressive," the woman said. "It was like serious, quiet kind of depressed look."

The woman said the man asked her if they could could but she said no and ignored him. He stuck around and asked for a hug. That's when she said she noticed the man was holding a knife so she tried to get back in her car to leave.

"I was going to close my door and go but he didn't let me so I turned in the car and started to kick him with my feet and I told him, 'I'll give you money,' and he wasn't going away, he wasn't saying anything," the woman said.

All of this happened just after 6 p.m. Other people nearby were able to call police and chase the man away. At that point, they didn't know he had allegedly just assaulted someone near the cultural trail.

Then police said about a day later they got a call from women who were attacked at the park by the war memorial. A short time later a woman was found stabbed in the neck on a portion of the cultural trail near Illinois. Police said the same man threatened to have sex with the woman before physically assaulting her.

Others on the trail chased the suspect down and held him until police arrived, according to court documents.

"I really feel bad that the day after he was still around and able to do what he did," the woman said. "It made me really sad."

The woman said she wishes police had found him earlier but she's grateful for those bystanders who risked their safety to step in and get involved.

"I think it's great that we have people that are helping each other," the woman said. "I mean even the people that came to me that lady she came right away and she stayed with me. She saw him, she saw the knife."