WRTV is limiting when we use mugshots. Here are the reasons. 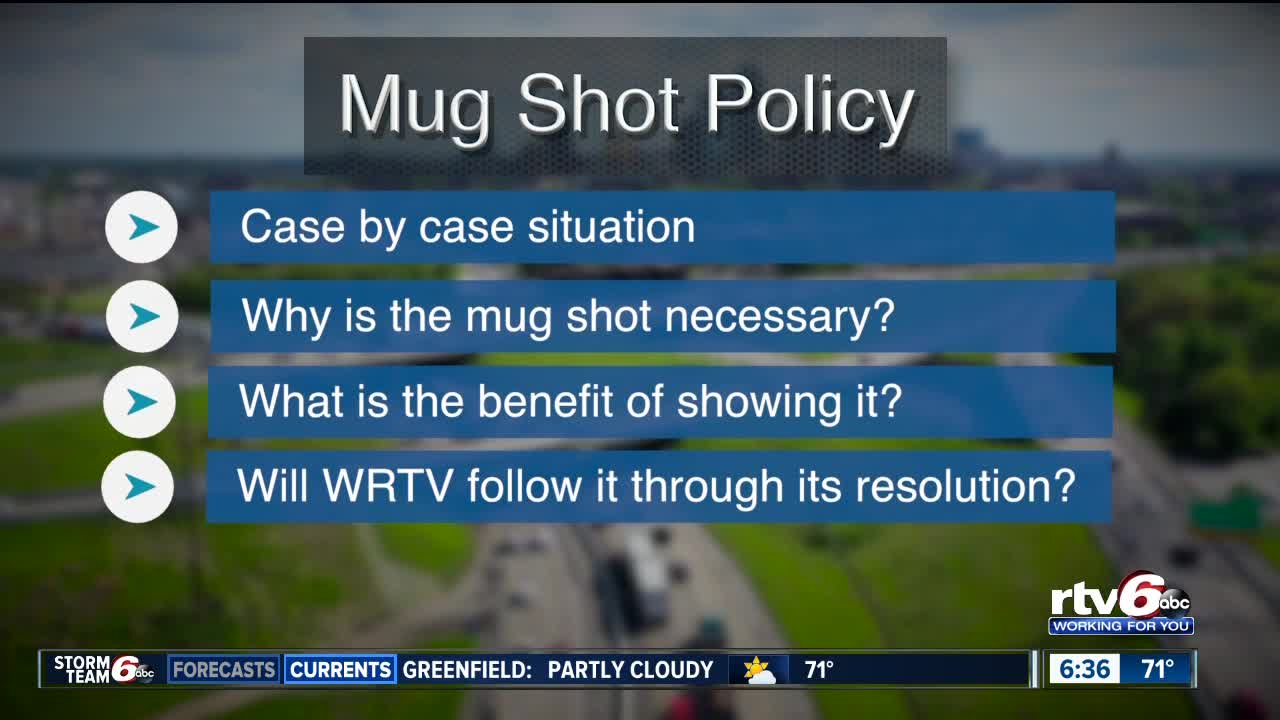 WRTV has implemented a new policy narrowing the instances in which mugshots will be used. Here are the details. 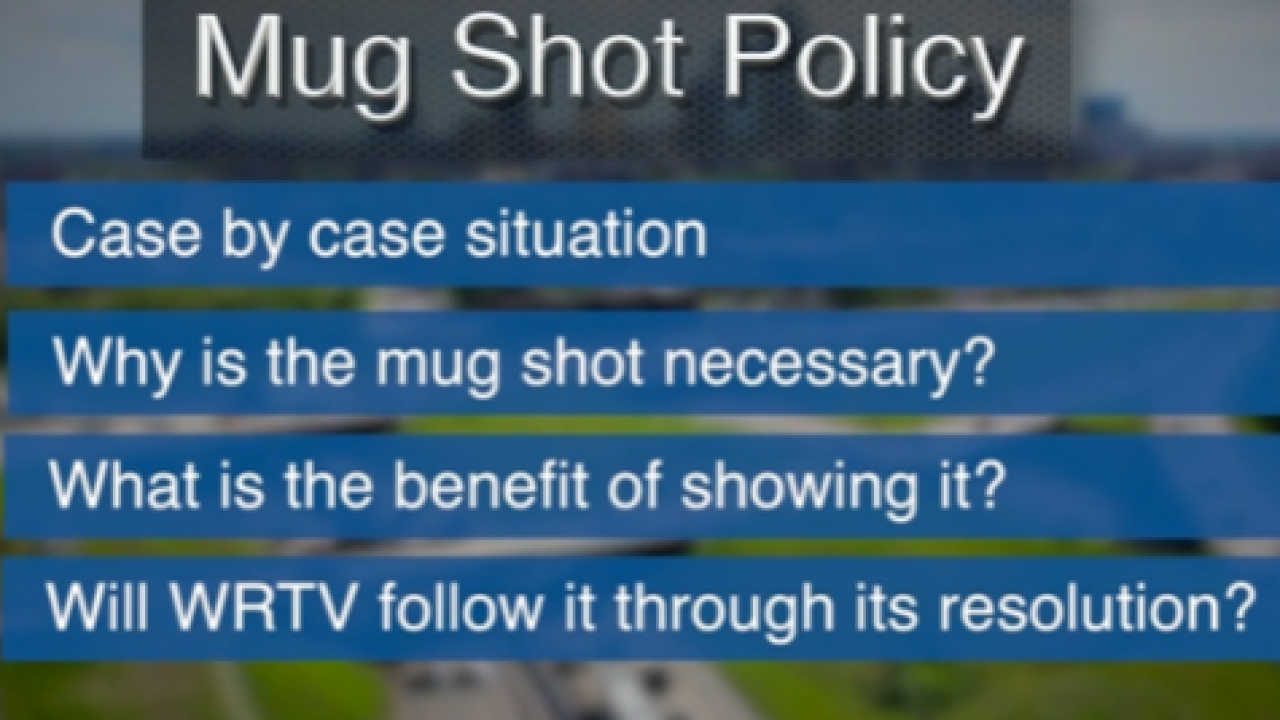 INDIANAPOLIS — The recent protests demanding police reform, racial justice and economic equality — and the arrests that have stemmed from these demonstrations — have challenged news organizations like WRTV to reflect on our reporting practices.

For years, WRTV — like many media outlets — has displayed the mugshots provided by law enforcement following criminal arrests. But in the age of digital and social media where information lives in perpetuity, the practice of identifying suspects and showing their mugshots has at times led to unintended consequences.

In some cases, criminal charges can be dropped weeks or months after the arrest. In others, official charges may never be filed. So news organizations like WRTV have been forced to ask ourselves whether the value of reporting the information outweighs the potential harm caused to those who are identified in our stories.

“We really have to balance giving the public the information that they need with the potential harm that can be caused to the people impacted by our coverage,” Jen Brown, digital director at WRTV said in an interview.

Criminal charges can impact everything from securing employment to attending a child’s field trip.

That’s why in 2018, the WRTV management team decided the news organization would only use names and mugshots when a person was formally charged by a county prosecutor, rather than immediately upon arrest.

“When someone comes to us via e-mail, phone calls, letters — it always starts with, ‘If you Google my name.’ And that’s powerful,” Terri Cope-Walton, WRTV News Director said. “We get that. And in particular if we’ve only done that initial story and we have not followed that story to have that update. It really made us rethink, and it was worth consideration.”

But the policy was challenged in recent weeks, with protests and arrests from chaotic nights raising questions.

In line with our then-current policy, WRTV displayed pictures on TV and online of people both Black and white, male and female, who were criminally charged by the county prosecutor. But the question persisted: Would we be following each and every case through to its resolution?

“I could have 20 reasons why I did it right and why we did the right thing, but at the end of the day if what we’re doing is contributing to false narratives, then my 20 reasons don’t matter,” Cope-Walton said. “Being able to look at how we can still consistently, ethically, factually, journalistically report the news of the day but not add to racial stereotypes or false narratives, that’s important for us to do.”

WRTV has since implemented a new policy narrowing down the instances in which mugshots will be used. The news team will now have discussions surrounding each story to determine whether the mugshot is necessary, the pros and cons of displaying the mugshot and whether the case is one we will follow through to a resolution.

Asked how she would respond to those who feel the new policy is a form of censorship, Brown said, “It’s not censorship. All of the information that the people want to know is public record; so they can find it if they are interested in it and they want to find it. We as journalists have a greater responsibility because we have such a large megaphone. So we need to be thinking about, ‘What is the value of this news story?’ and that’s where all of our decisions have to come from.”

“We are doing our best to adjust our policies to make sure we are not part of the problem as we continue to use our megaphones to lead people to the solution,” Cope-Walton said.

You can read WRTV’s new suspect identification policy in its entirety below.

WRTV does not identify suspects who have not been formally charged by the prosecutor.

In addition, WRTV will not use mugshots in our reporting, even when the suspect is identified by name.

Depending upon the circumstances, exceptions to this policy may be made in the following instances with the approval of a news manager:

· Crimes involving a prominent figure, or someone entrusted with the safety and welfare of others, e.g. city officials, police officers, teachers, etc.

· Crimes in which the police have asked the public for help in finding the named suspect.

Even if the above criteria are met, we will take into consideration the news value of the information being provided and how far we are likely to follow the case. If it is unlikely that we will follow the case through its resolution, we will not identify suspects.

It is also the policy of WRTV not to identify juvenile suspects unless they are being charged as an adult. WRTV will take great care not to name family members or include other details in our reporting that could lead to the identification of the juvenile suspect.

This policy encompasses all platforms, including broadcast, digital, social and OTT/streaming.

The purpose of this policy is to uphold journalism ethics and standards. It is our responsibility as journalists to always provide fair, balanced, and consistent reporting, particularly in the age of digital media where the stories we choose to publish exist in perpetuity.