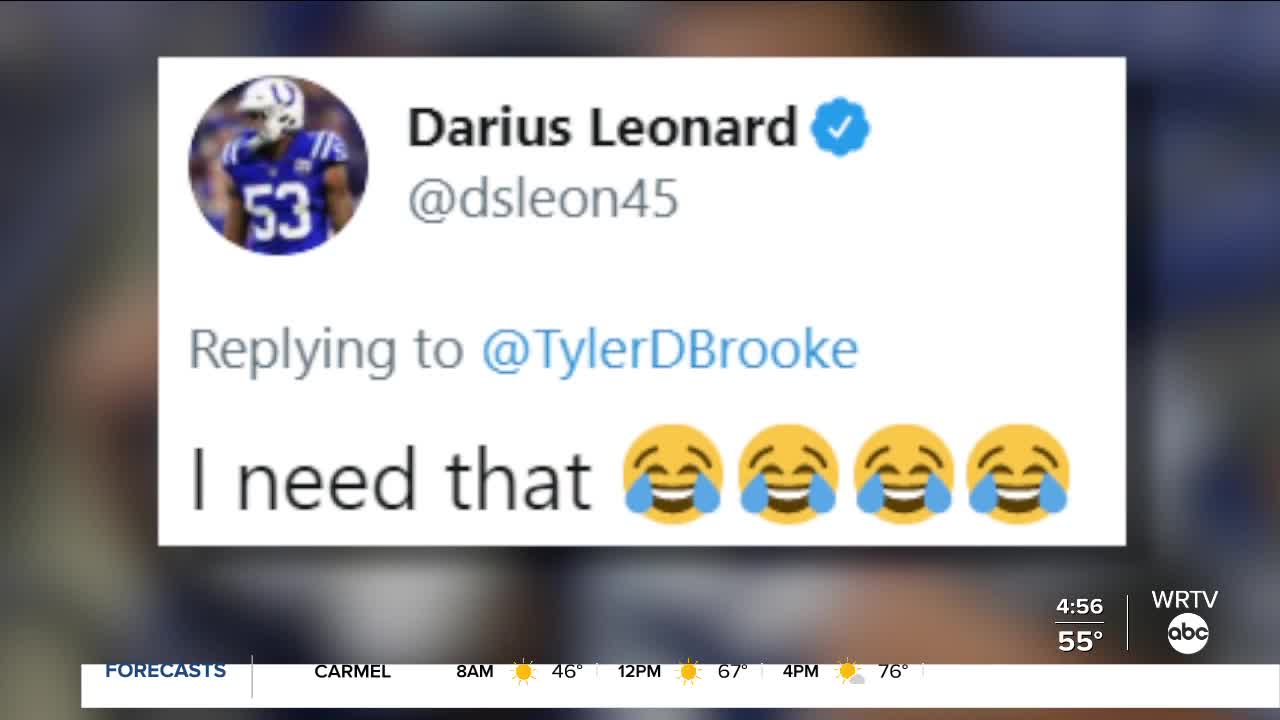 Leonard kindly threw a pair of his gloves to a young fan after the game but didn't realize his wedding ring was stuck inside.

Thankfully, a man posted on Twitter saying it was his step-nephew who caught the gloves. They found the ring and wanted to get it back to him.

Leonard quickly responded, saying, "I need that" with laughing emojis.

Plot twist: Leonard’s wedding ring was accidentally in the gloves.

Someone help us get his ring back to him 😂#Colts pic.twitter.com/Lhat6PDK4A

According to the thread, the fan said the return is being handled.