KOKOMO, Ind. -- Neighbors in Kokomo say they’re concerned about two dogs that appear to be neglected at a nearby home after they contacted animal control and the dogs were not removed.

Kasmira Thompson is one of those neighbors. She says she’s contacted animal control several times, but she isn’t happy with their response.

“All matted up, no water, no shelter, even in the rain.. no food,” said Thompson.

The dogs were tied up in the front yard of a home on E. North Street when she took the photos below. 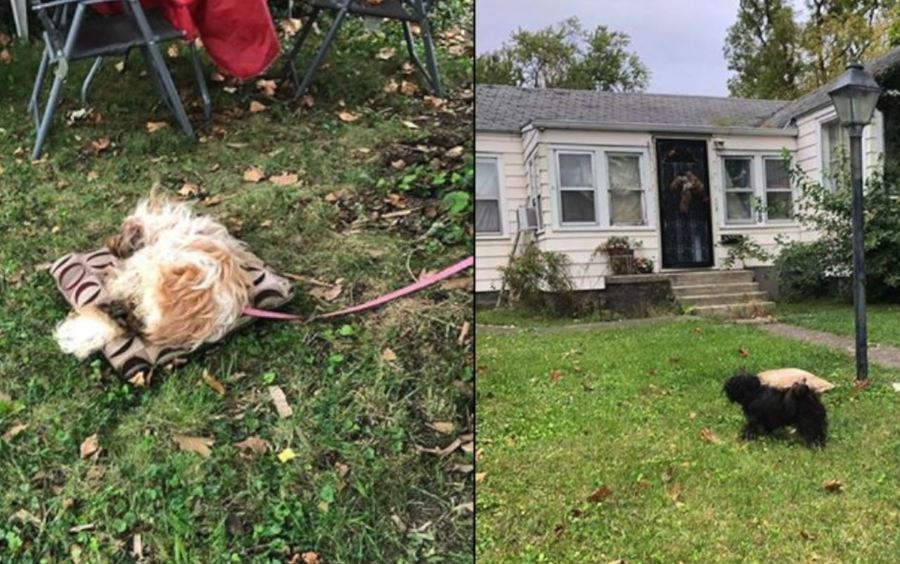 “They were matted. The one had poop dried up all around his hind end,” said Thompson. “When the one was standing up – the tan and white one – he kind of looked like his genital area or her genital area was swollen. It was red. It didn’t look good.”

The Humane Society says they’ve spoken with the owners of the dogs, and at least one of them has parvovirus.

“If these animals are out there, they are allowed to be tied up on the lawn with parvo – not only is it going to be horrible for them, the death that they’re going to have to die – but any other animal that comes in contact with them are possibly going to be contaminated,” said Thompson.

Thompson says she’s also contacted the health department but has not heard back from them yet.

The Executive Director of the Humane Society says they are investigating the dog’s conditions and they’ve given the owner one week to take care of and groom them.

They plan to go back and follow up at the end of that week.

Pals for Paws animal rescue says they also offered to pay for the dogs’ vet bills and groom them, but the dog owner denied their help. The rescue says their offer stands if they change their mind.