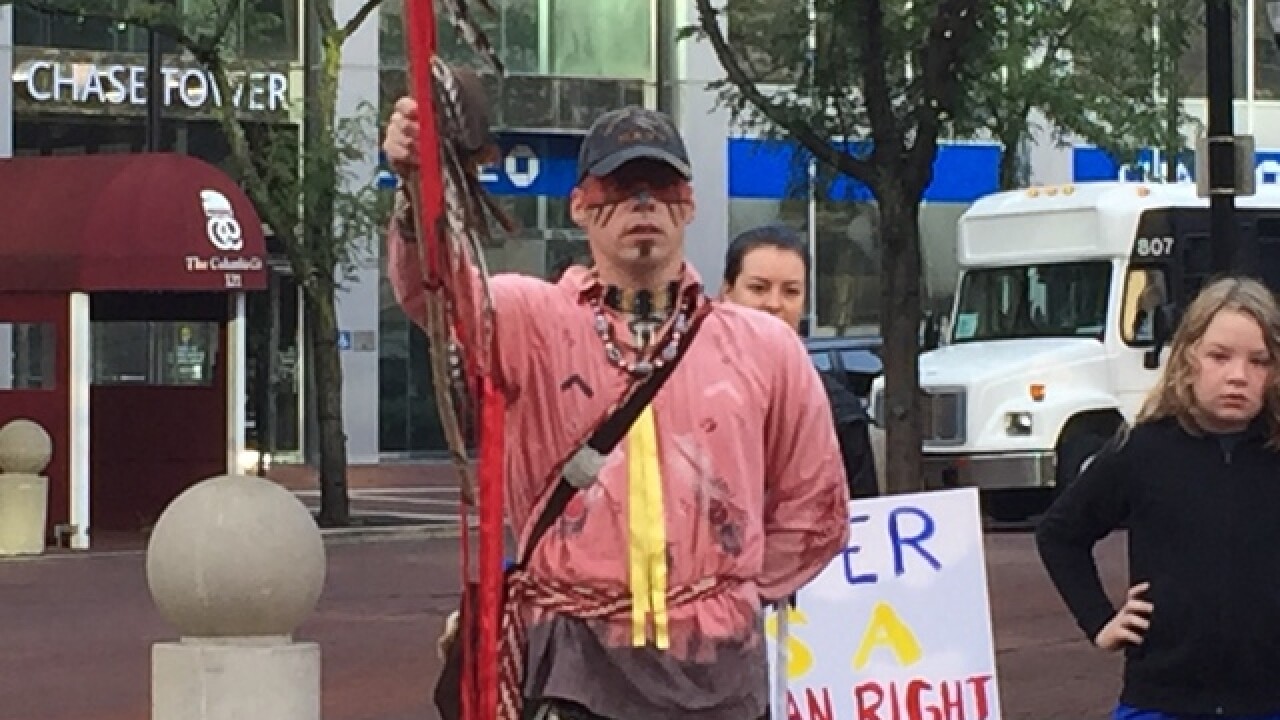 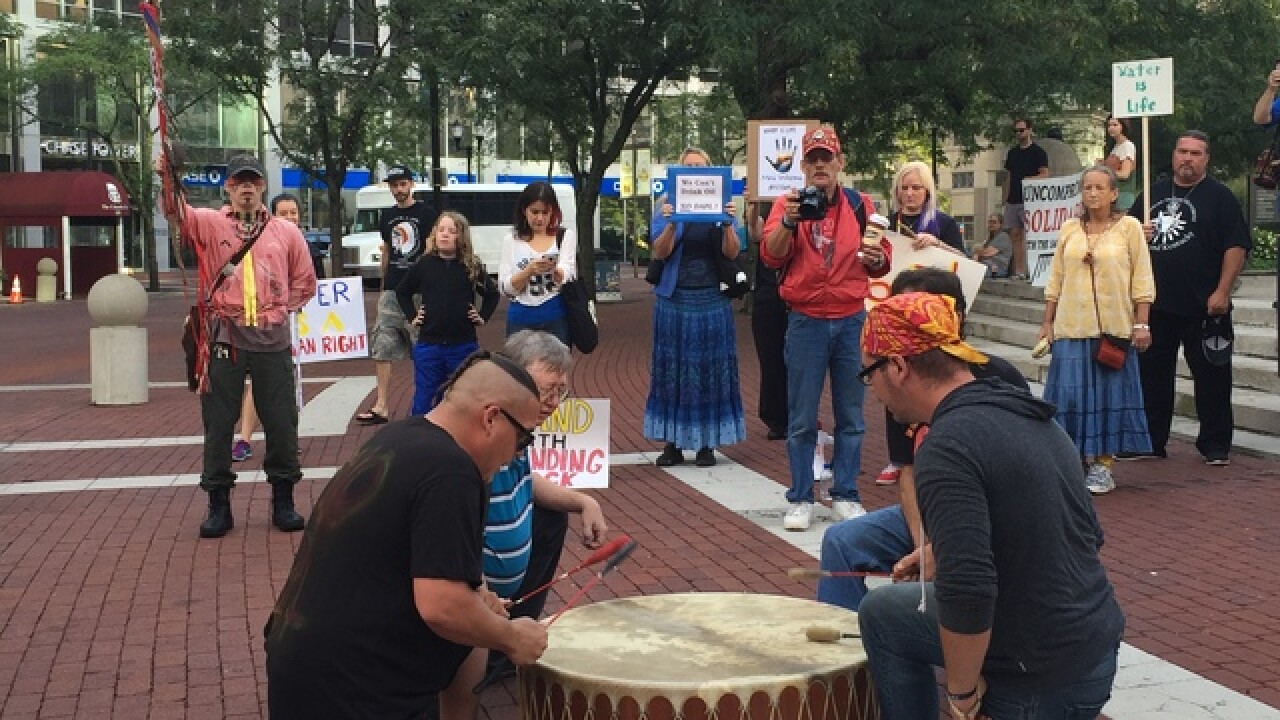 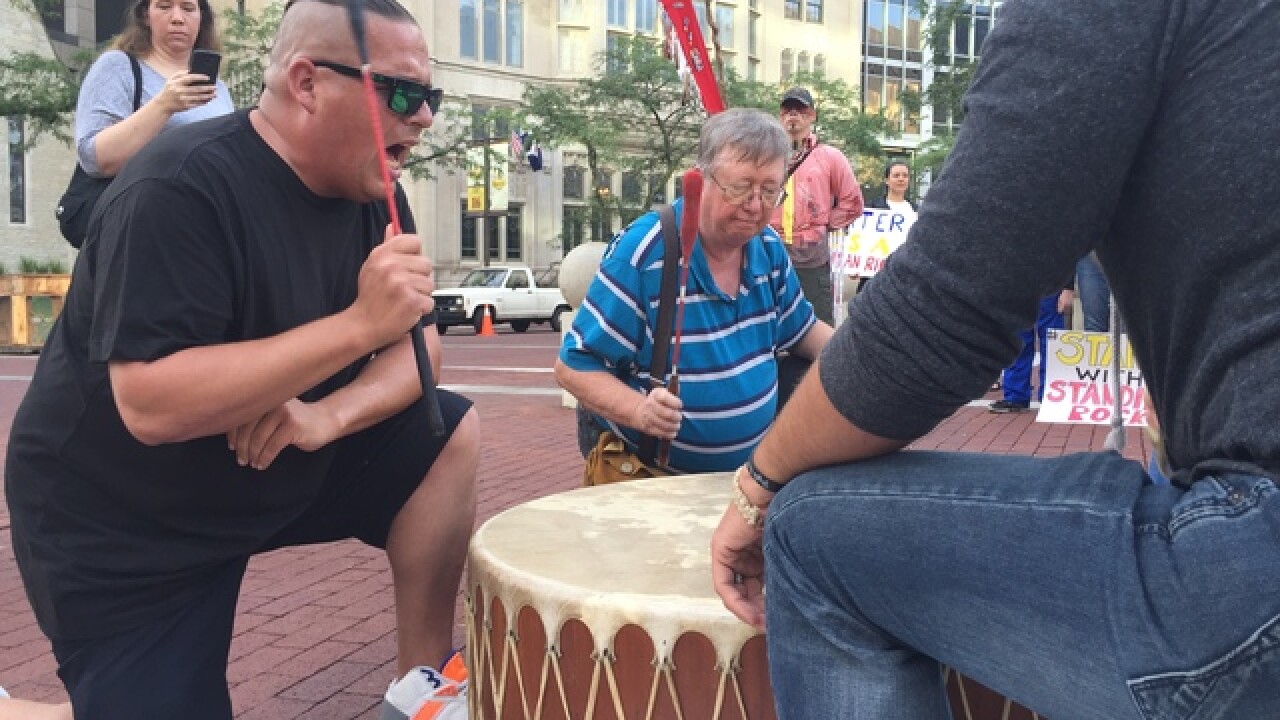 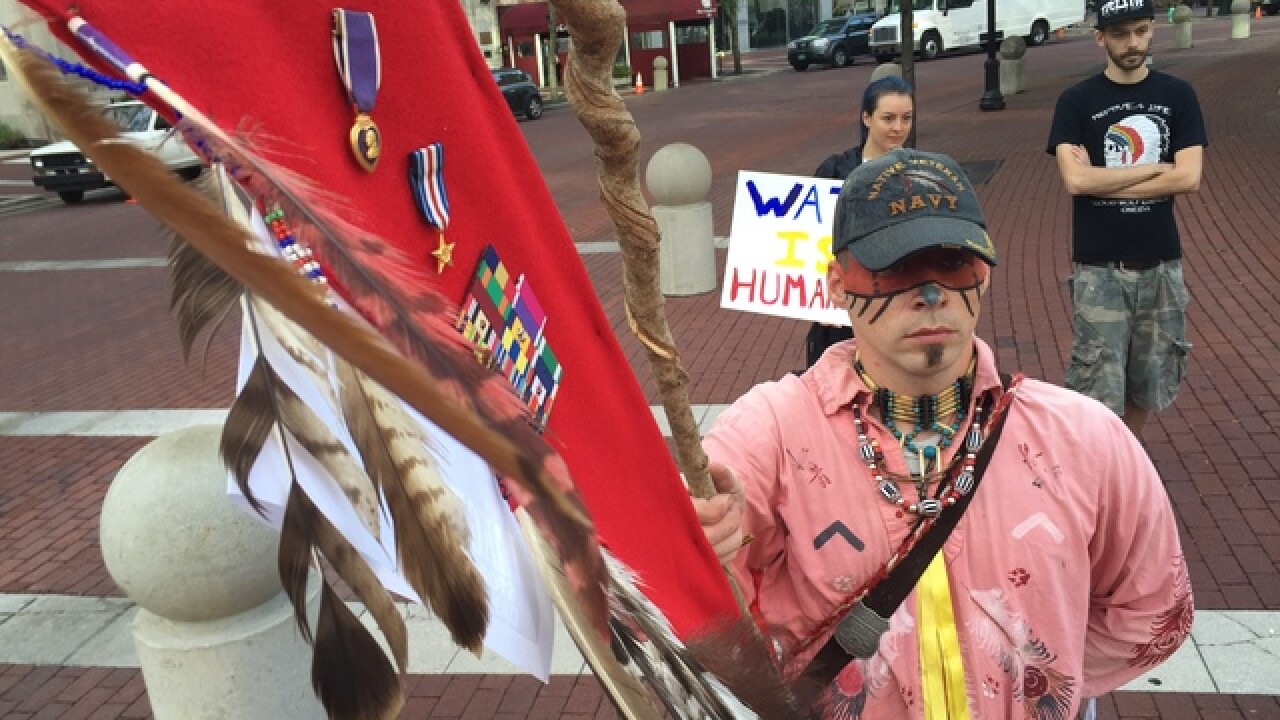 INDIANAPOLIS -- Dozens gathered at Monument Circle Friday morning to protest the Dakota Access Pipeline Project. Protests like this were scheduled across the country in preparation for a key ruling that is expected to be handed down Friday afternoon..

Protestors say they are speaking out to protect the water supply, animals, farmland and sacred Native American grounds.

The 1,172-mile project will cost roughly $3.8 billion and would carry nearly a half-million barrels of crude oil daily from North Dakota through South Dakota and Iowa to a pipeline in Patoka, Illinois. “The principal legal issue at this point for the Dakota Access Pipeline is whether the army corps of engineers gave an inadequate or no environmental review to this project,” said environmental activist Ted Wolner.

A judge in North Dakota is expected to rule Friday on whether to issue an injunction against further construction of the pipeline or allow it to continue.

Supporters of the pipeline say it includes technology that allows quick detection of leaks and would cut the amount of oil that travels by train.