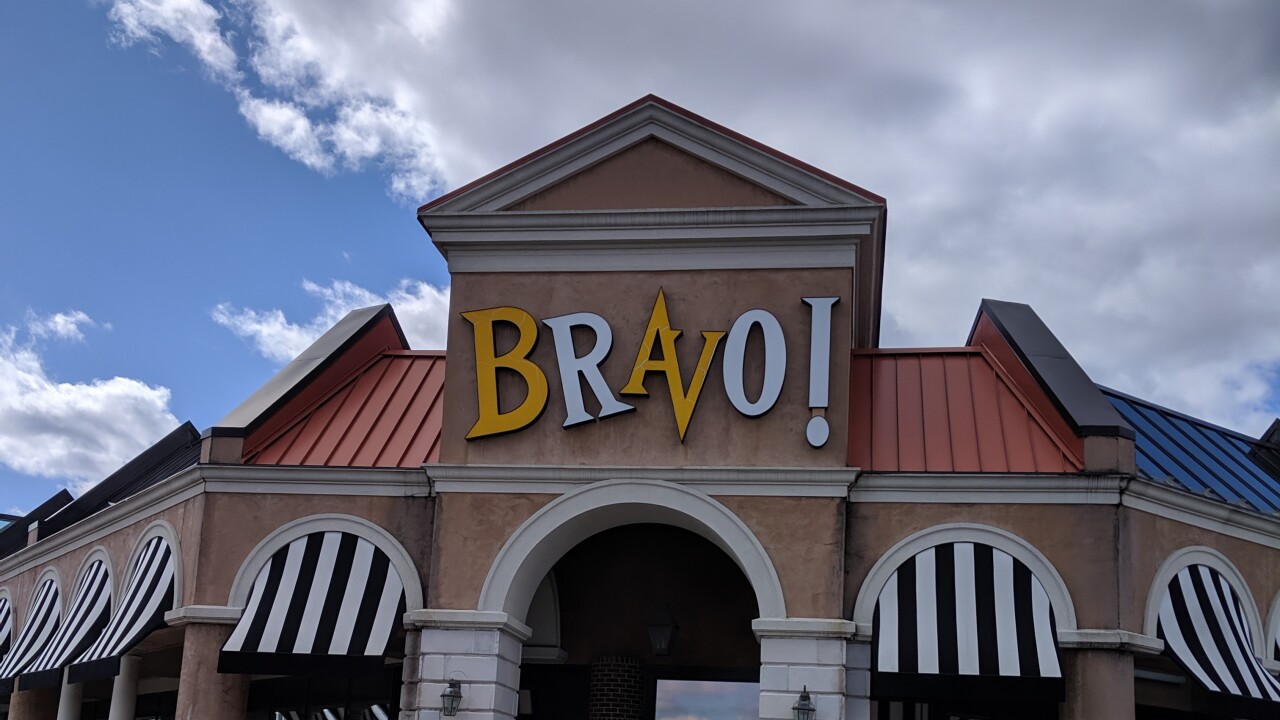 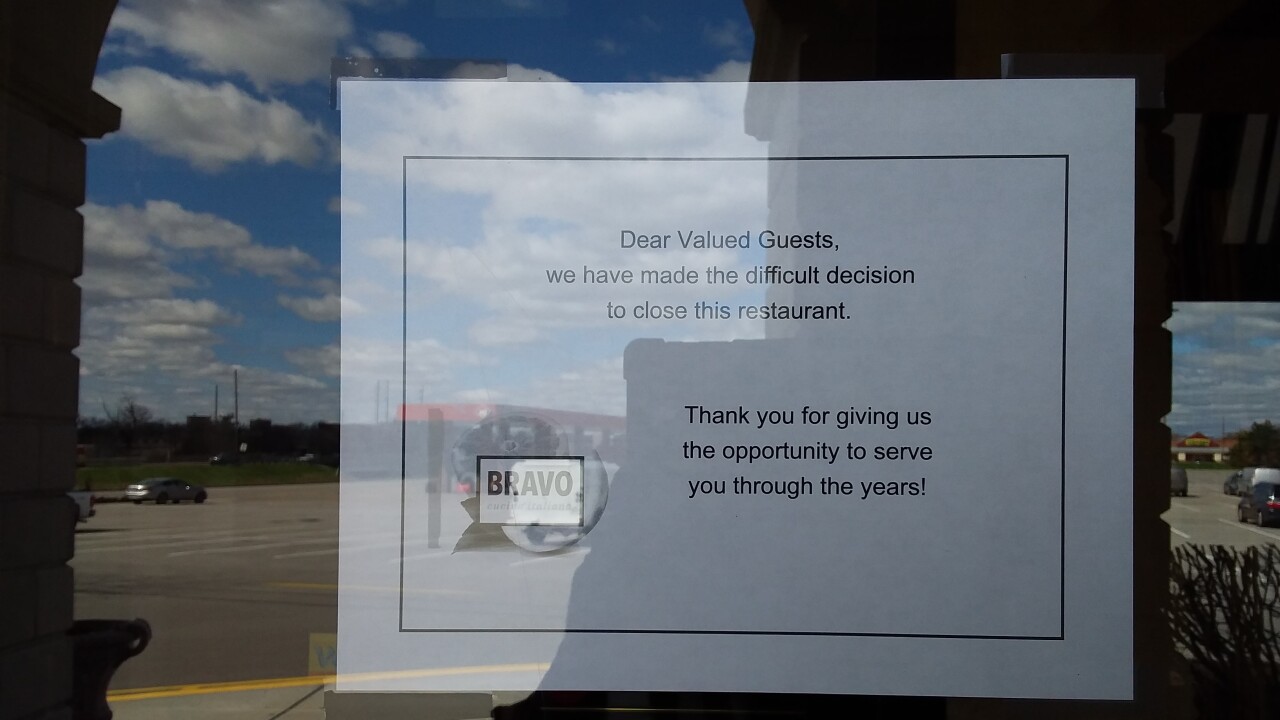 INDIANAPOLIS — A popular and longstanding restaurant on the northwest side of Indianapolis has shut its doors—it appears, for good.

Bravo Cucina Italiana, located at 86th Street and Township Line Road, has a sign on the door telling customers it is closed.

"We have made the difficult decision to close this restaurant," read the sign. "Thank you for giving us the opportunity to serve you through the years."

Bravo's Indianapolis location is no longer listed on the company's national website.

Workers like server James Salomon say they know the pandemic has made things difficult, but he feels the company could have done more to support them.

"We had no idea that we would close," said Salomon. "We had been a really profitable store. We had served the community for two decades and had hundreds of regulars from all over the city."

Salomon said while he and some other workers are getting unemployment, it doesn't take into account tips.

He started a GoFundMe to help raise money for impacted employees.

RTV6 has been unable to reach Bravo's parent company for comment despite emails and calls sent.

"We thought we would at least have a job to come back to when this was over, and we would have to just get by in the meantime," said Salomon. "None of us thought we'd be shut down for good, especially after 22 years in the community and everyone in Indianapolis."