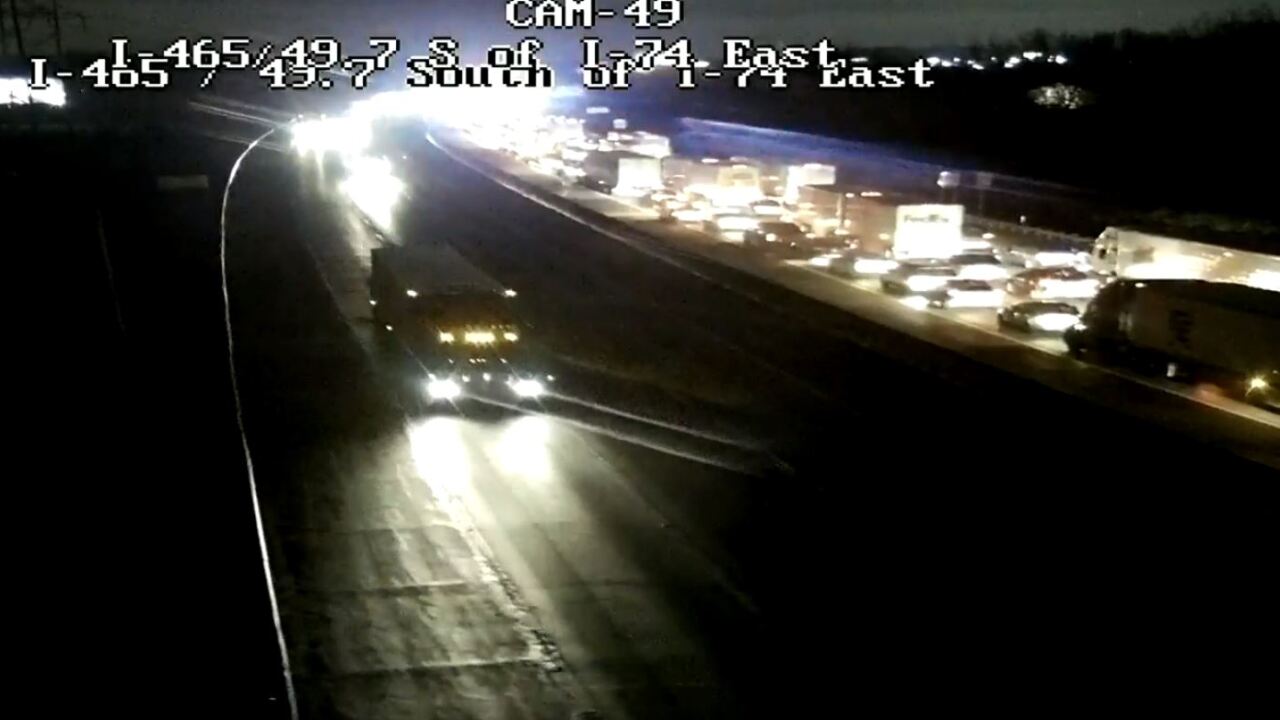 Courtesy of the Indiana Department of Transportation
A fatal crash closed the westbound lanes of I-465 near I-74 on the southeast side of Indianapolis.

INDIANAPOLIS — A woman died after she was was struck by a hit-and-run driver Wednesday night as she walked across lanes of Interstate 465 on the southeast side of Indianapolis.

Emergency personnel responded to the crash just before 11:30 p.m., Indiana State Police Sgt. John Perrine said in a news release. Responders found vehicles pulled off onto the shoulder and a woman lying in the roadway. She was pronounced dead at the scene.

Investigators believe the woman's vehicle was disabled on the left side of the road on the shoulder. Perrine said she walked across all lanes of traffic to the other side of the interstate for unknown reasons and then walked back across the westbound lanes toward her car when she was struck.

The first driver who struck the woman did not stop at the scene, Perrine said. The woman's name has not been released.

The westbound lanes of I-465 were closed for several hours after the crash.