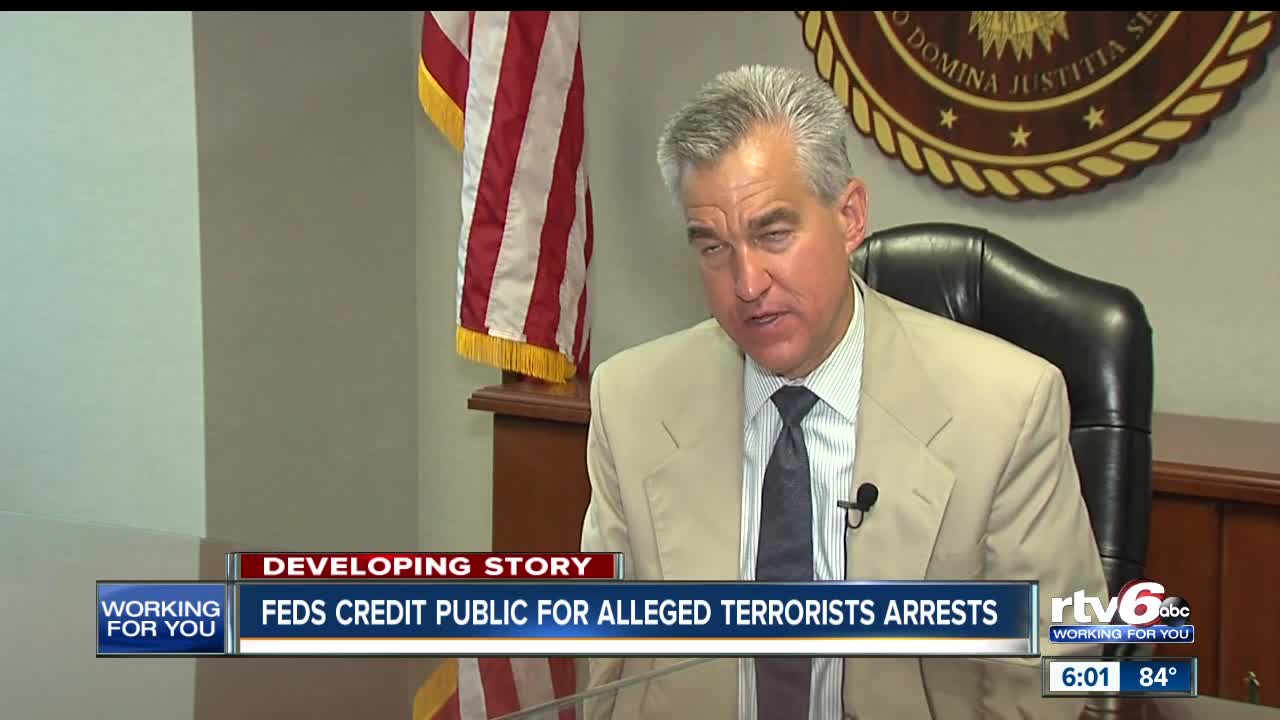 Federal authorities are giving credit to the public for making them aware of the Dannon brothers in Fishers.

INDIANAPOLIS — Federal authorities are giving credit to the public for making them aware of the Dannon brothers in Fishers.

U.S. Attorney Josh Minkler said Moyad and Mahde Dannon came to their attention from a tip from the public.

Both brothers are accused of making guns to send to the terrorist group ISIS, also known as the Islamic State or Daesh.

“The way these things happen in the small towns, in this case the Dannon brothers in Fishers and two years ago the case in Brownsburg, is through the Internet. And three different forms of social media those platforms,” Minkler said.

Federal authorities said the Dannon brothers’ arrests in May came after the June conviction of Akram Musleh, a Brownsburg teen trying to join ISIS. Musleh was sentenced to about eight years in federal prison. He was arrested in 2016 after trying to join ISIS.

"No place is immune. That is not to cause concern or panic it's just to cause awareness,” Minkler said. “To look around to understand that these things can happen. And both of these cases, Musleh and in this case, it was a member of the public that alerted the FBI. It wasn’t enough to arrest somebody. It wasn't enough to prosecute somebody. But it was enough for the FBI and local law-enforcement to take a second look."

Minkler said the Dannon brothers’ trial date will be set in about 70 days. He said people in the Fishers neighborhood were not in danger during the federal investigation.

"This is the first case where the ghost guns, untraceable weapons, were attempted to be transferred from a domestic area, that being Fishers, Ind., to ISIS in Syria," Minkler said.