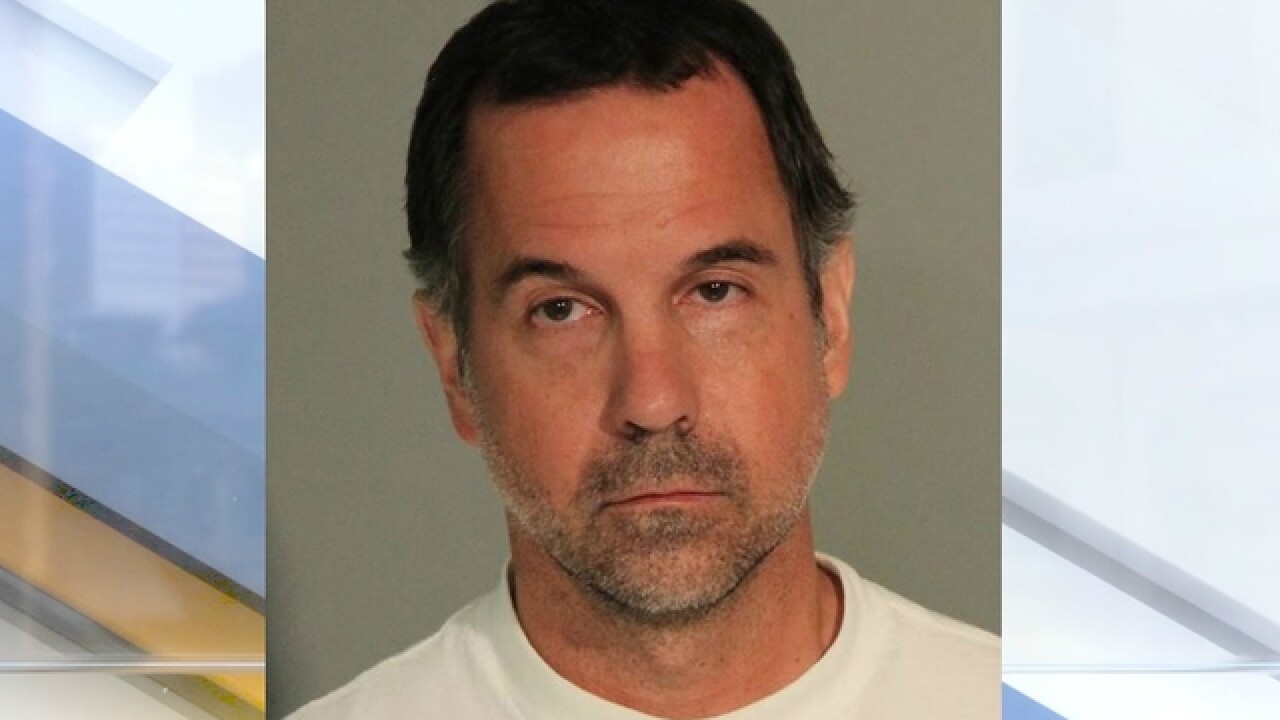 INDIANAPOLIS -- A one-time US Women's Olympic coach who owns a gymnastics academy in Indianapolis was found dead in jail Saturday evening after being charged with several felonies relating to sexual misconduct with children.

Marvin Sharp, 49, was charged in August with four counts of child molesting, three counts of sexual misconduct with a minor and knowing possession of child pornography. The Marion County Prosecutor's Office says the crimes took place beginning in May 2013 and up until May 2015, at times with victims younger than 14.
The Marion County Sheriff's Office said he was found dead at 8:17 p.m. Saturday night due to an apparent suicide.
According to documents obtained by Call 6 Investigator Rafael Sanchez, a 911 call of the death was made at 8:40 p.m. At 8:48:05 p.m. an internal investigation was started. Homicide detectives were requested at 8:48:16 p.m. At 8:53:22 the coroner was called. At 10:01:25 p.m. the Crime Scene Unit was on scene.
No foul play is suspected. A follow up investigation is being conducted by the Indianapolis Metropolitan Police Department, the Marion County Sheriff’s Office and the Marion County Coroner’s Office.

Sharp is the second high-profile defendant to take his own life in the Marion Co. Jail in the past month. Michael Morris, the suspect in his wife's stabbing and multiple hit-and-runs across downtown Indianapolis was found dead on August 28 from an apparent suicide.
Sharp, the owner of Sharp's Gymnastics Academy, was taken into custody on August 24.

According to the probable cause affidavit filed in Marion County Superior Court, Sharp is accused of taking inappropriate photographs and inappropriately touching a girl on many occasions while he was her gymnastics coach.

The girl said Sharp frequently told her not to tell her parents about the photo shoots and physical therapy sessions where the inappropriate touching occurred. The alleged acts took place at Sharp’s Gymnastics Academy, located at 8070 Georgetown Road in Indianapolis, as well as during an out-of-state trip that the victim and Sharp took together for a gymnastics competition.

He had been under investigation by the Indianapolis Metropolitan Police Department, Indiana State Police and the US Department of Justice.

He opened the gymnastics academy in 2001, training gymnasts from preschool to adults.

According to the academy's website, Sharp was the 2009 US Olympic Committee Gymnastics Coach of the Year. He was a member of the 2008 women's Olympic gymnastics team.

A local woman who enrolled her great nieces at Sharp's Gymnastic Academy said Sharp's reputation as an Olympic-level coach is what drew her to the gym.

"I picked the gym because he had coached previous Olympians, and my niece said her dream one day was to go to the Olympics," said the woman, who asked us not to identify her, to protect her nieces.

"The times I've been there, I've seen nothing but professionalism," she added. "The other coaches are wonderful with the kids. I'm there the whole time they're there, so I see the attention the coaches were giving the kids."

Sharp's website says he "wanted to open a gym where athletes could train at all levels (preschool to Elite), in a POSITIVE and FUN training environment. "Training children is our business, and our people (coaches) are our most important asset."  (something that had become a long forgotten ideal)"

Anyone with information concerning additional potential victims is encouraged to call and report to 1-877-ISP-1TIP (1-877-477-1847). Messages left at this hotline will be directed to investigating officers.