According to the Avon Police Department, a man walked into the credit union inside IU West Hospital around 8:20 a.m. and gave a note to the clerk demanding money.

Police say the man implied that he had a weapon but it was never seen by the clerk.

The man was given an undisclosed amount of money and ran from the scene.

The suspect is described as a black male between the ages of 20-30 years old. He stood approximately 6 feet tall with a thin build. He was wearing a surgical mask at the time of the robbery.

Anyone with information about the suspect pictured below or the crime should contact the Avon Police Department at 317-272-4485. 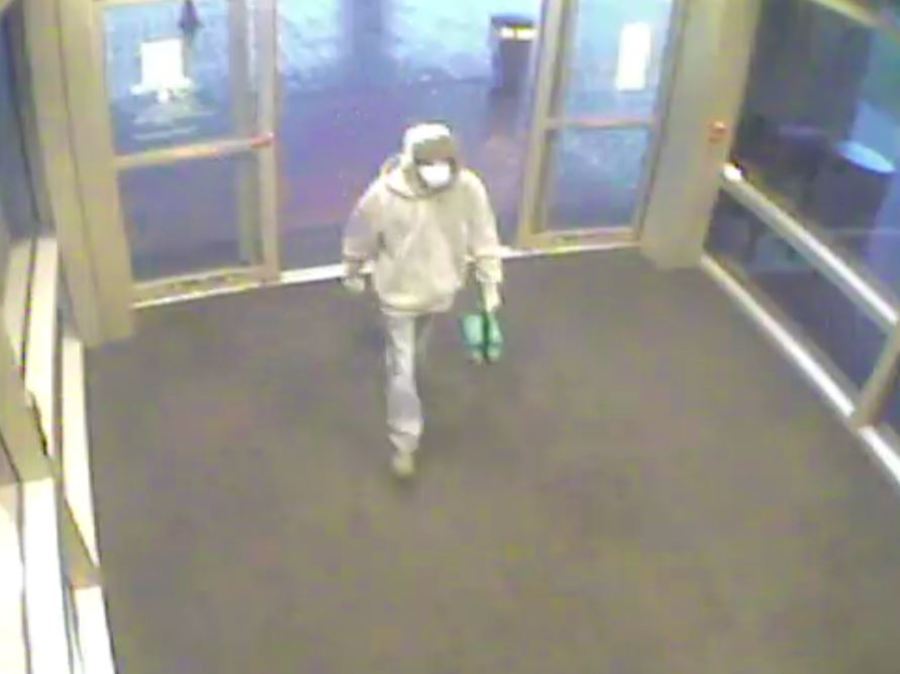 MORE TOP STORIES | Indiana State Trooper out of the hospital after he was shot in the head in Jeffersonville | Teens arrested in murder or Dr. Kevin Rodgers | Grandparents charged in case of Greenfield infant with multiple brain bleeds, broken bones | Family living in van after rental scam: "I gave him every bit of the money I had to rent this home" | Vandals scrawl profanity, crude drawings on disabled man's van over parking