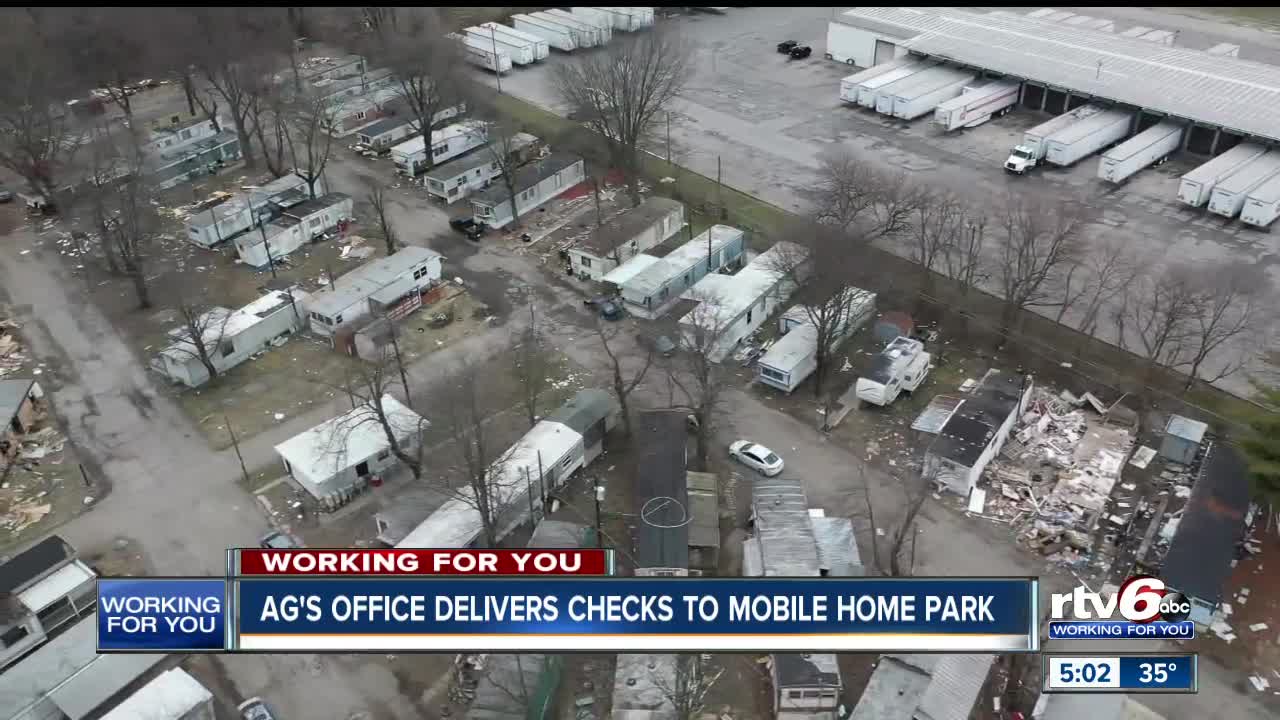 The Indiana attorney general's office started delivering checks to residents who will lose their homes next month. 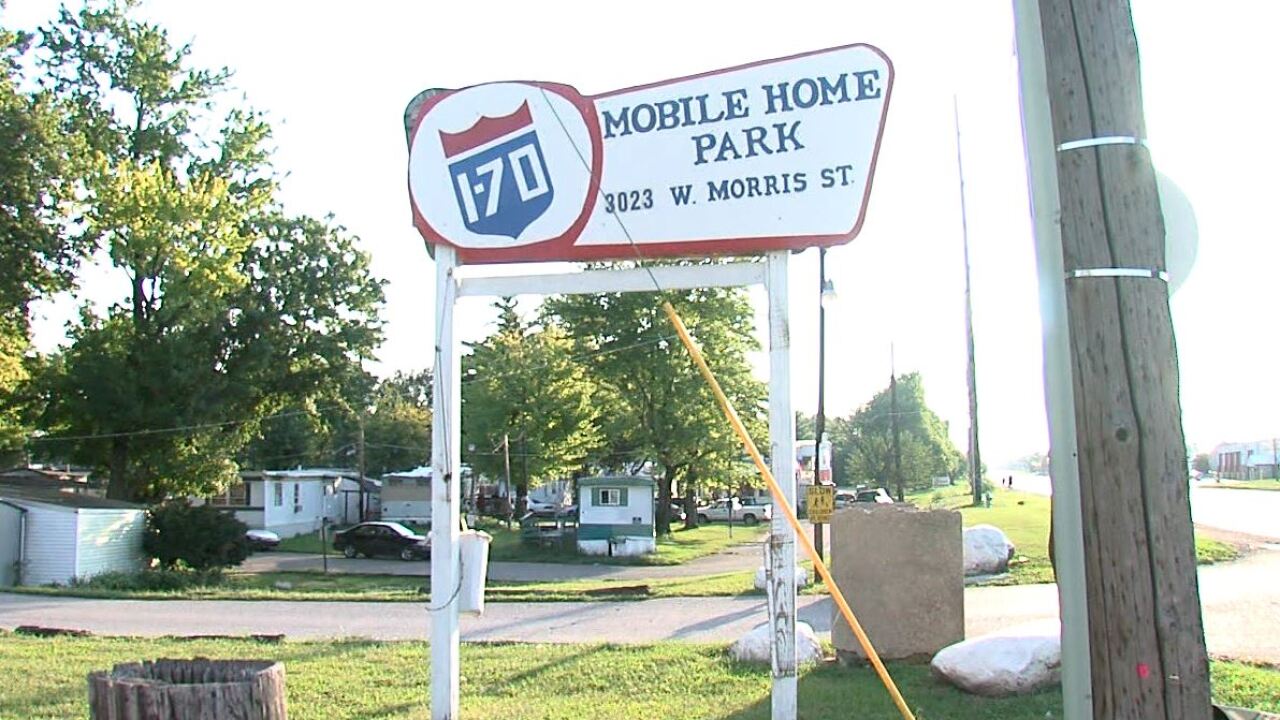 INDIANAPOLIS — Some residents of the I-70 Mobile Home Park are receiving payments for the mobile home units that they own, but are being forced out of.

Vocal resident, Tonia Clark, tells RTV6 she received a $1,200 check delivered by staffers from the office of the Indiana Attorney General Thursday afternoon.

William McCleery, a spokesman for the attorney general, confirmed the payments to RTV6. "Residents of the I-70 Mobile Home Park have received checks from our office for various amounts, adding up to $51,093 in total," said McClerry. "These checks resolve the title issues for the individuals who were still living at the mobile home park at the time we filed suit. All residents need to leave the park by February 21, 2020."

McClerry also any people who lived at the park and moved out within the last two years and did not have their title should contact the attorney general's office at 1-800-382-5516.

This payment arrives more than 5 months after residents were told in late August that they would have to leave the property but October 15. The eviction was halted following a series of reports filed by RTV6. The Indiana Attorney General’s Office issued a restraining order again the mobile home park’s land owners, Blue Lakes Inc. That restraining order halted the notice to vacate until each resident either received payment for their unmovable mobile homes, or the vehicle title to the mobile home.

Jeff Melton, another resident at the mobile home park, says he has not yet received any payment, and is unsure if he ever will.

Clark says the staff from the Attorney General’s office plan to return to the mobile home park on Friday. Clark was also given a new notice to vacate the park by February 21, 2020.