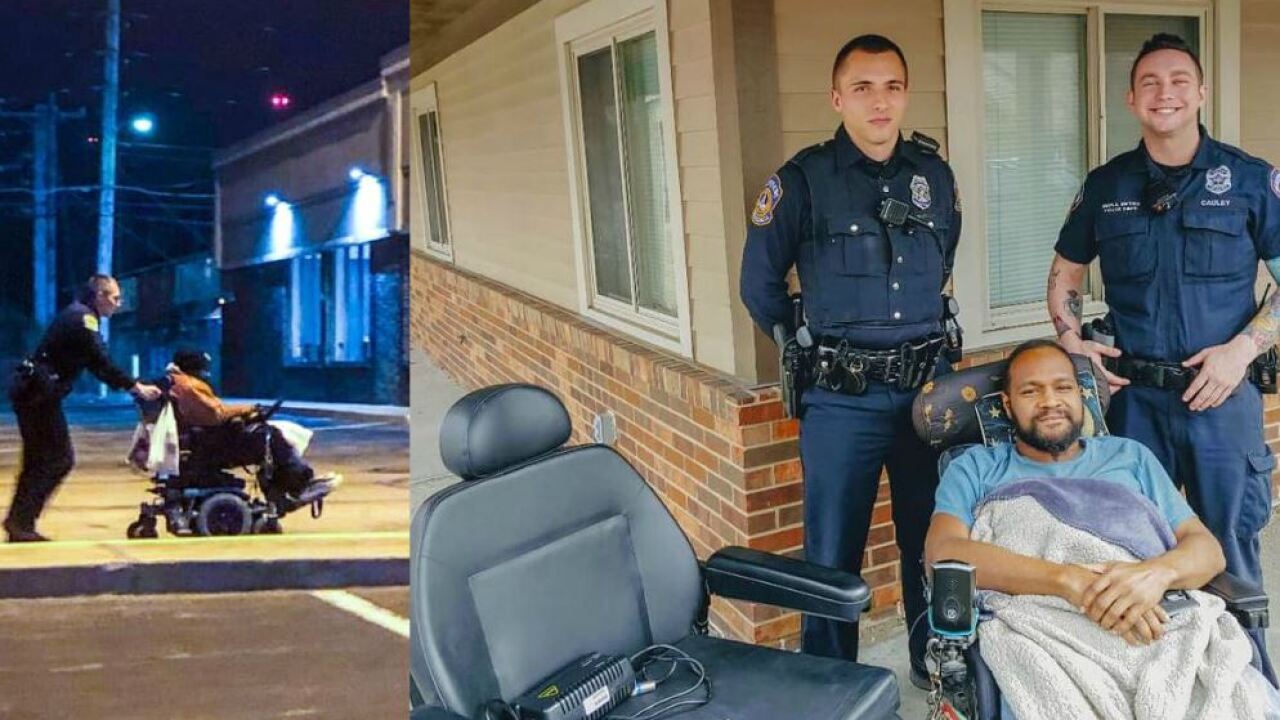 Officers Nicholas Cauley and Ethan Smith met George Morgan in late February when his old wheelchair broke down. The officers helped push Morgan several blocks in the snow back to his apartment at Aspire.

Their story was shared on social media and a community member contacted the department to find out how they could help.

They were able to put the officers who helped Morgan in touch with the Bally Foundation, a non-profit organization that specializes in providing specialized equipment to individuals facing special challenges, according to the department.

On Wednesday, Cauley and Smith met up with Morgan and his family and presented him with his new power wheelchair.

Police say Morgan has been confined to a wheelchair for over half of his life.

"It’s not always about catching crooks and taking reports, the larger part of this career is showing compassion to those you serve everyday," IMPD posted back in February.