In Martinsville, a growing awareness of the homeless

Weekend fundraiser means sleeping out in the cold 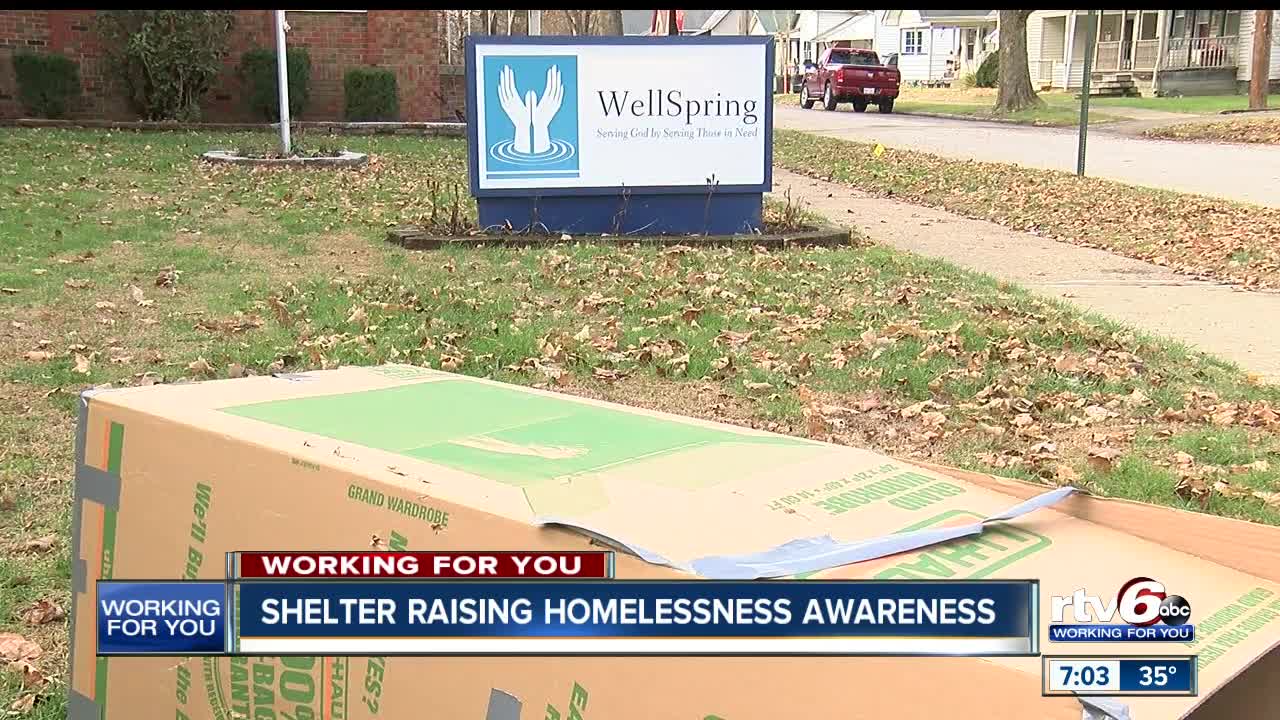 The homelessness problem is not just an Indianapolis problem. The director of a shelter in Martinsville knows this all too well.

MARTINSVILLE — Dozens of people in Martinsville are spending Friday night sleeping outside in the cold weather.

They're raising awareness about homelessness by taking part in a fundraiser put on by the Wellspring Family Homeless Shelter, the only facility of its kind between Indianapolis and Bloomington.

"We can only help so many families," said shelter director Ron Renforth. "We currently have 50 families on a waiting list and we are trying our best to help them."

The fundraiser mirrors homeless life, but doesn't even begin to give people a taste of what it's really like having no place to go. Organizers say last year's event, with people sleeping outside on the town square, got others talking about the homelessness problem in Martinsville and Morgan County.

Renforth says a lack of affordable housing and jobs that pay a decent wage can leave people without a place to live. So, they end up at the shelter.