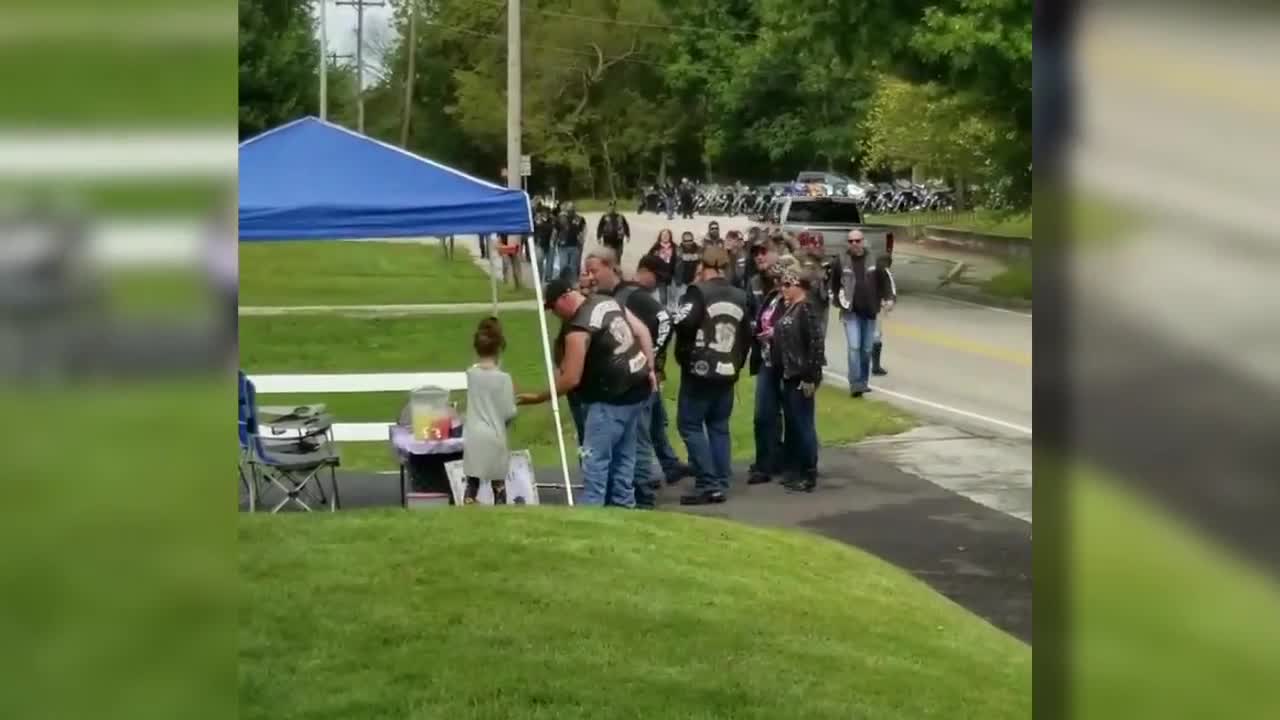 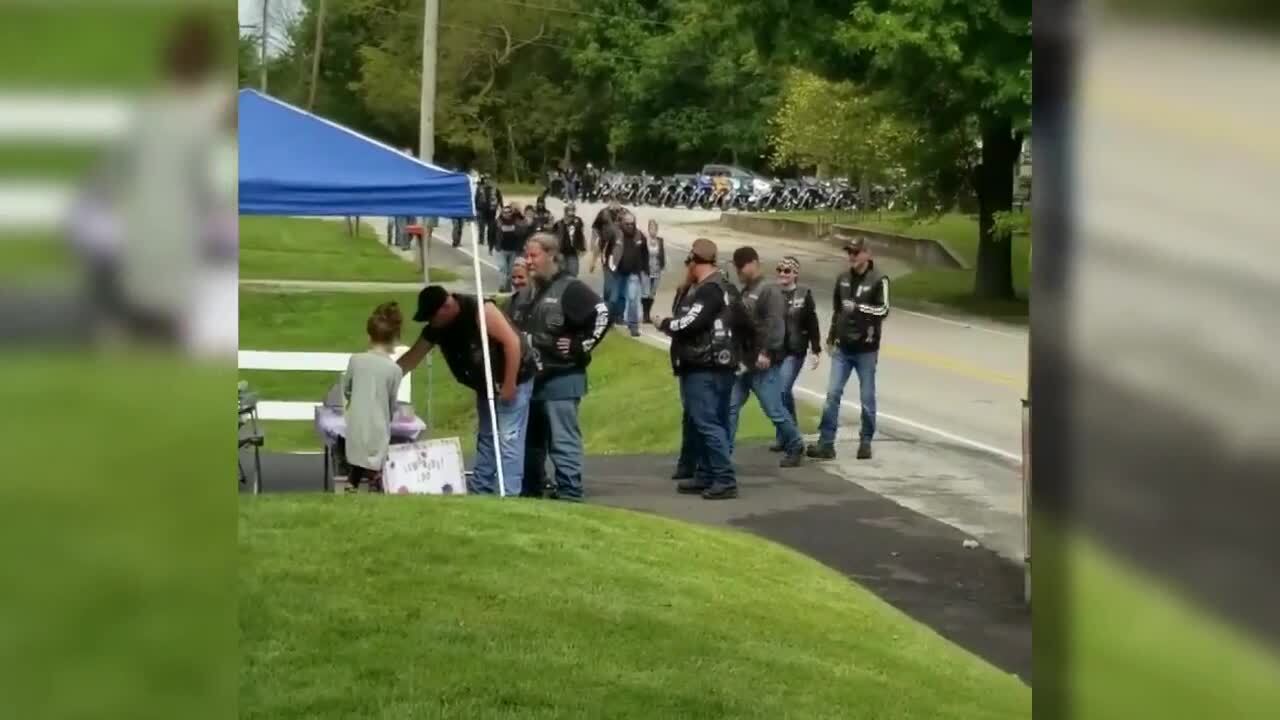 MIAMI COUNTY —If a picture is worth a thousand words, then this video of bikers strolling up to a little girl's lemonade stand is beyond our comprehension.

The story behind the video starts back in September 2018, when Daryn Sturch and her young daughter, Bryanne, pulled up on an accident involving multiple motorcycles on State Road 19 near Denver, Indiana.

"I'm a nurse and saw several motorcycles were involved," she said. "I told my daughter I need to help and ran up to assist."

Sturch said several of the bikers were airlifted from the scene that day, but luckily they all survived.

"I learned later that the victims were affiliated with a group called Miwaukee Iron," she said. "They all reached out to me and thanked me."

Fast forward to September 2019. Sturch's little girl was having a lemonade stand and that same group of bikers couldn't resist stopping by for a cool glass to drink.

"They came through and made her day," she said. "She was so happy."

Not only did they make the little girl's day, but Sturch says some of the bikers who showed up to her home were the same ones she stopped to assist last September. Including the one in the video photo below, who she says was injured so badly in the motorcycle accident that she wasn't sure he would survive.

"I feared for his life," Sturch said. "This was the first time I've seen him since that day."

"Not only did they make my daughter's lemonade stand unforgettable, but reuniting with these people and seeing how well they are doing was such a fantastic surprise!"