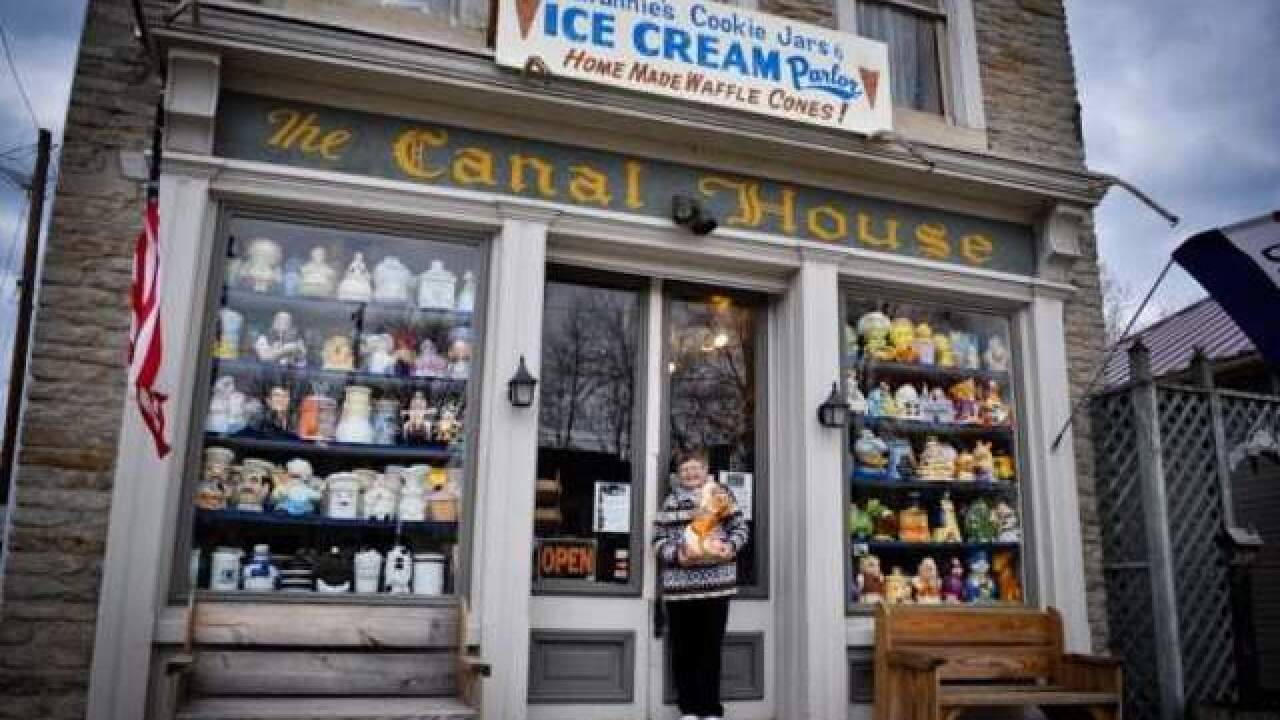 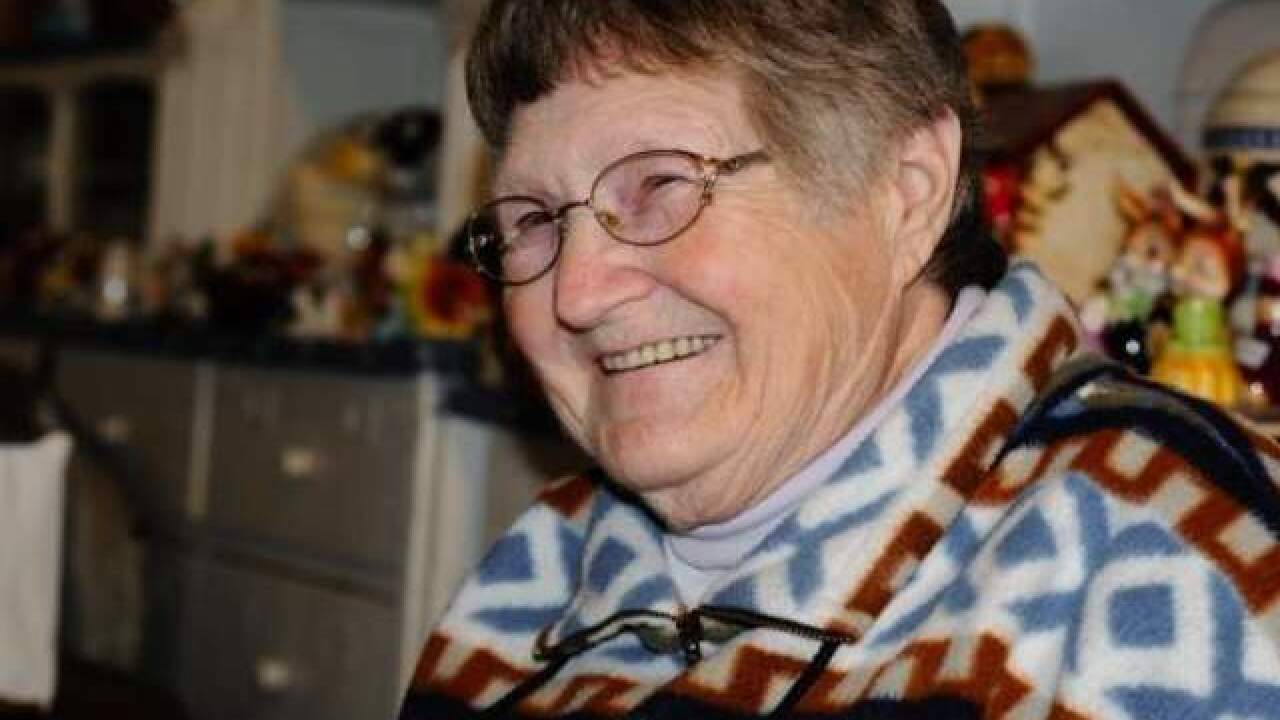 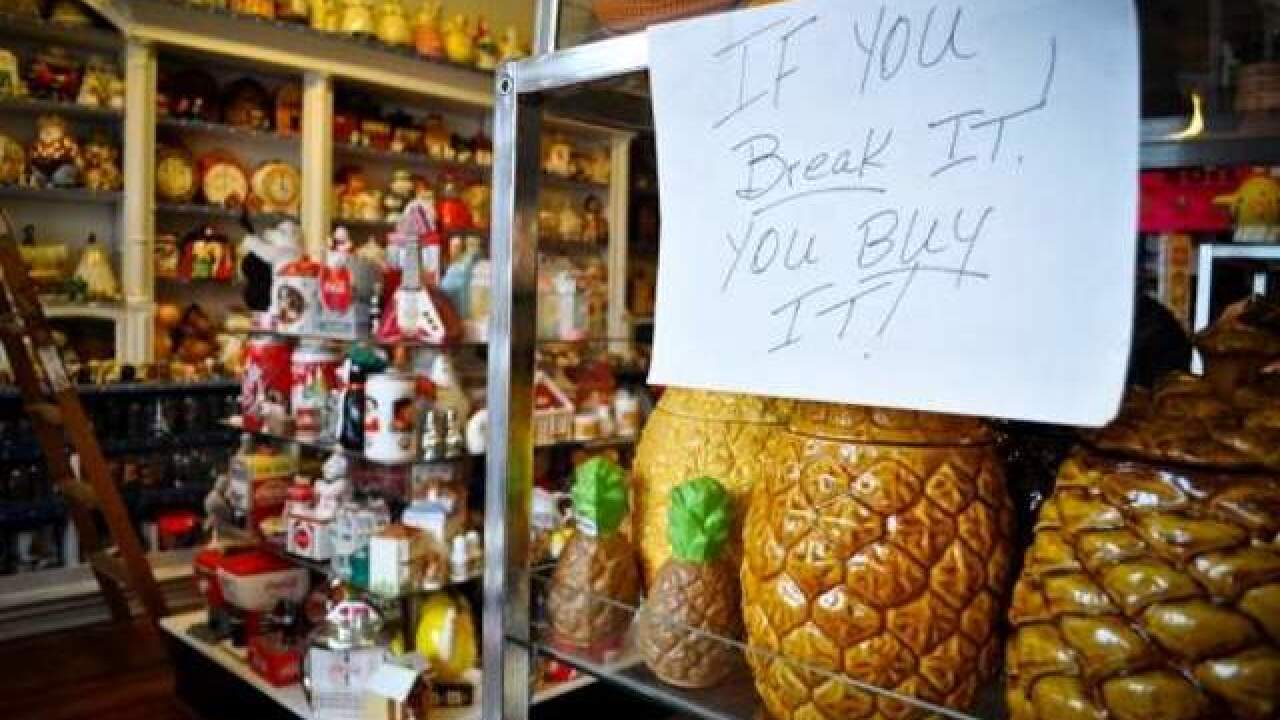 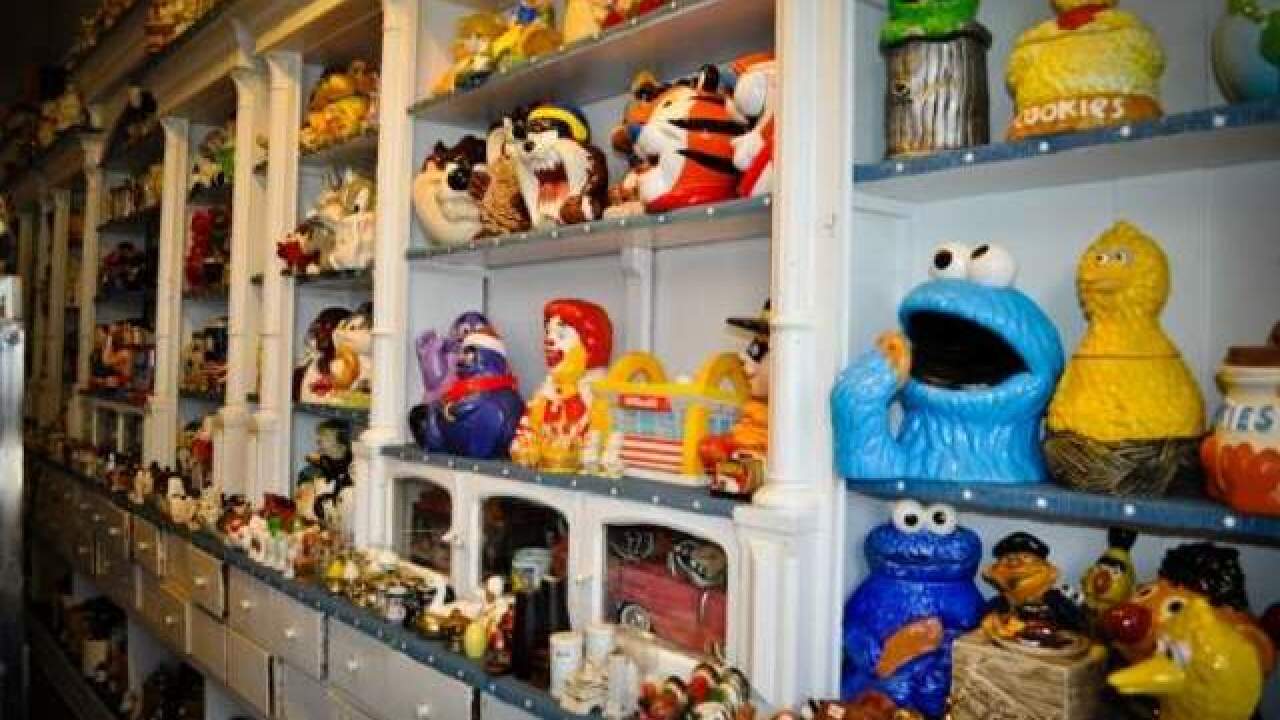 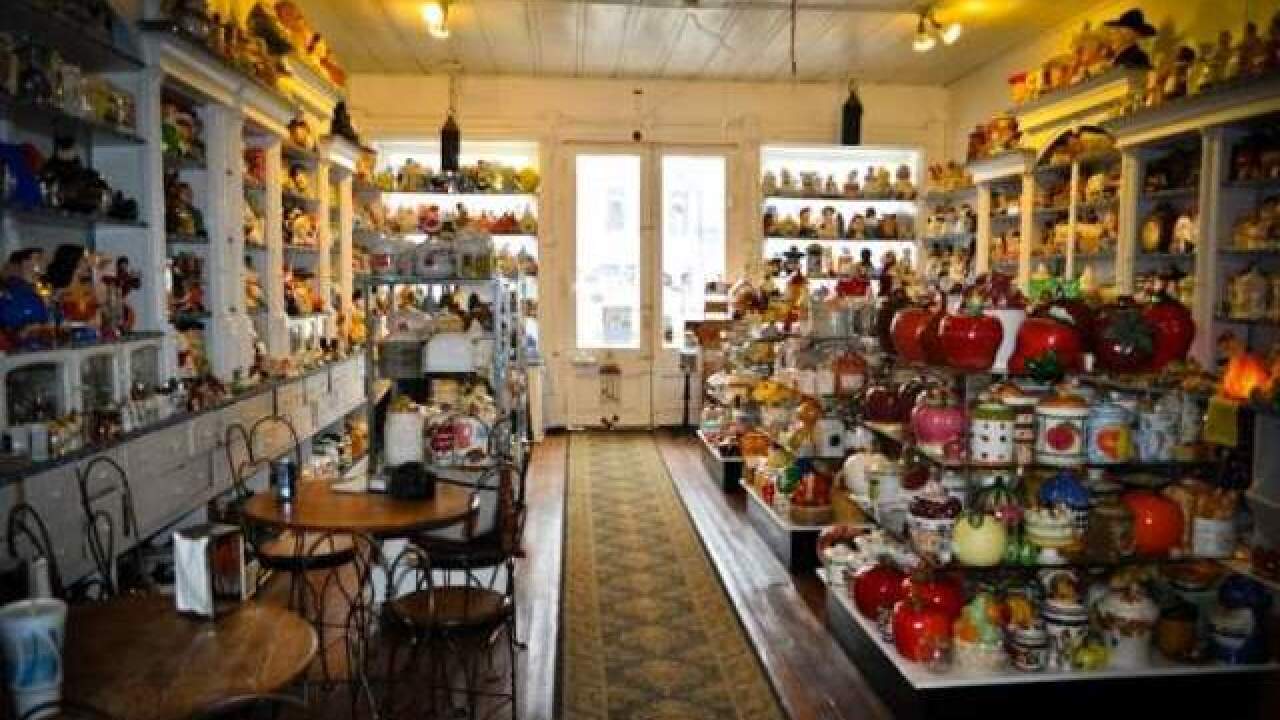 METAMORA, Ind. - As you walk through the tall, narrow double doors of Grannie's Cookie Jars and Ice Cream Parlor, a friendly bell jingles and the sweet, enticing smell of freshly made waffle cones envelop you.

Grannie is Eva Fuchs, who owns the ice cream parlor on Lovers Lane in Metamora with Paul, her husband of 59 years. In nearly six decades together, they have shared five children, 12 grandchildren, eight grandchildren, and thousands of cookie jars.

Now they also share a Guinness World Record, although it's in Eva's name.

Officially on the books

After five long months of applications and processing, those cookie jars are listed in Guinness World Records 2013. The entry reads:

When Fuchs, 77,  found out that she was a record-setter she was modestly happy.

"I'm not a really big people person. It's an honor, but I'm pleased. I just don't have to feel important," said the soft-spoken honoree, as she sipped on a can of soda at the round wooden in her ice cream parlor.

Fuchs said if she included duplicates, her collection would be closer to 6,000 cookie jars.

The cookie jar collection has expanded since being setting the world record. Fuchs now owns more than 2,700 non-duplicated cookie jars, as well as more than 1,000 salt n' pepper shakers and a growing collection of teapots.

All of the items are for sale at Grannie's Cookie Jars and Ice Cream Parlor.

"I just love them," Fuchs said, pointing out her favorite jar, in the shape of Roy Rogers on Trigger. And her favorite cookie? She doesn't much care for the sugary treat, she said. She just likes the jars.

The Fuchs cookie jar collection takes up a storage room on the second floor of the ice cream parlor and two full rooms downstairs. Shelving spans floor to ceiling from one end of the parlor to the other, including the back room, which welcomes visitors with a sign above the hallway entry: "More cookie jars back here!"

It takes two months to do inventory on all of the cookie jars and two hours to watch a slideshow of all the photos, said Janie Reynolds, a full-time employee at the parlor, and the Fuchs' daughter.

"Grannie really enjoys it," said another daughter, Connie Ragle. "She wanted to leave a legacy for the grandkids. For her to be in the Guinness means (so much)."

Grannie, a retired special education bus driver for 26 years for Franklin and Fayette counties, started her collection of cookie jars in 1988. At the time husband Paul, now 81, was in car accident and laid up in the house, "driving everyone crazy," remembered his wife. The family decided he needed to get out of the house. Eva Fuchs came up with flea markets and auctions, where the collection began.

The first cookie jar was a white lamb that she sold for $25.

After showcasing the cookie jars in a 20 x 20 space for more than a decade, the Fuchs took over the local ice cream parlor in 2000 and brought their collection to its new home. The family-owned and operated business includes both daughters, the grandkids over their summer break and her sons, who build and maintain the cookie jar shelves.

"It's a lot of dusting!" laughed Reynolds. "It's exciting to watch (Grannie) go around and dust—we think dusting is a chore, she enjoys and hums away."

Fuchs has early onset Alzheimer's Disease, said her daughters, she never ever forgets a cookie jar.

"It's a hobby, that she shows off and sells at the same time," said Janie.

Inside, each cookie jar, salt n' pepper set or teapot is priced to sell, depending on your budget.

"I really hate to let them go, but I do," admitted Grannie of her prized cookie jars. She's quick to re-stock her shelves with new finds.

Next door to Grannie's is Silhouettes of You, an art gallery owned by Pat Ramos. She frequents the ice cream parlor for frozen treats and now owns three duck cookie jars and a Hershey Kiss jar.

"You get one, then you get another. Next thing you know you're collecting them," said the 85-year-old artist with a smile.

Ramos gushed about the news of Eva's collection made the Guinness Book of World Records.

"We're all delighted. I think it's remarkable," she said.