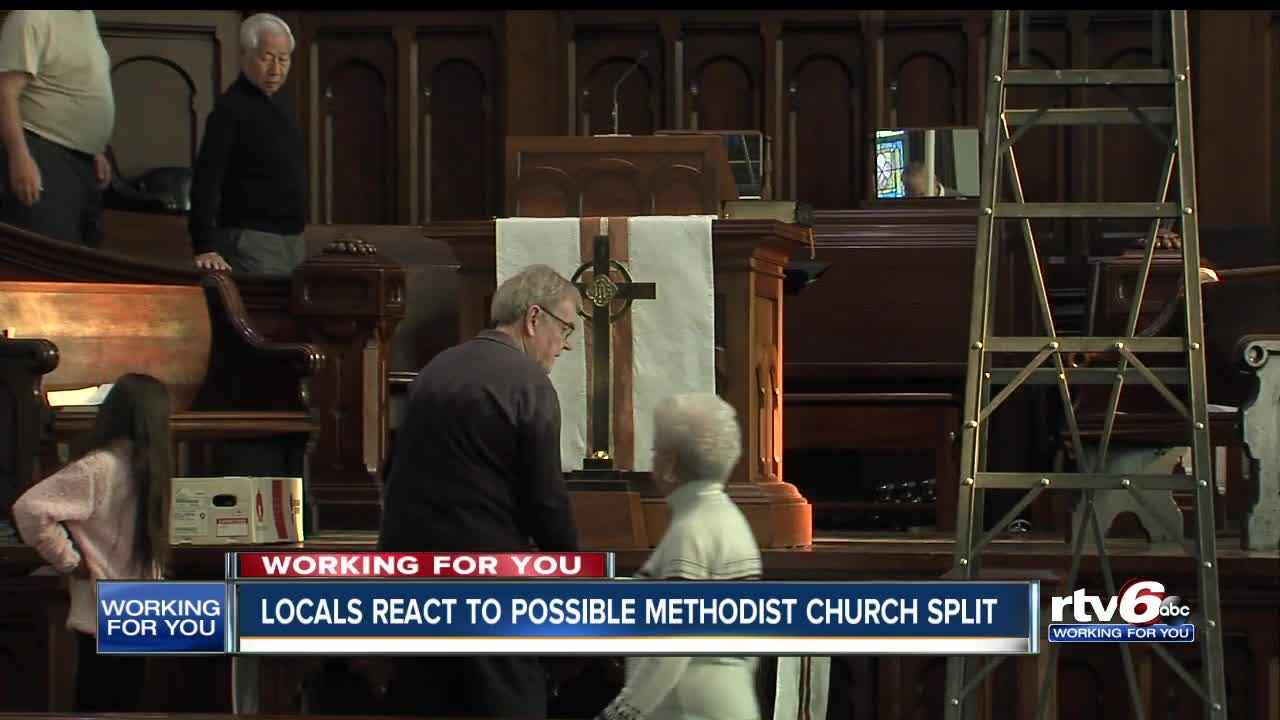 INDIANAPOLIS — The United Methodist Church is looking to solve a longtime debate once and for all.

A proposal has been made to divide into two denominations based on LGBTQ inclusivity, and the winds of change are being felt at Roberts Park United Methodist Church in Downtown Indianapolis.

"The church has been talking about this for a very long time," the Rev. Dr. Andrew Scanlan-Holmes said. "People have realized there is not a middle-ground everybody can find."

The proposed split could resolve a more than two-decade-old debate over same-sex marriage and LGBTQ leadership roles in the church. It is up to the general council to make the call, but if a split happens, it would Scanlan-Holmes said it would mean, "One group can have its church with full inclusion of the LGBTQ community and another church that welcomes them but doesn't offer the same opportunities to serve."

As for Scanlan-Holmes and Roberts Park United Methodist Church, in December, the church voted to join a network advocating for equality and church members want full inclusion.

For Scanlan-Holmes, the freedom to have the ability to fully embrace and accept all people and recognize them for the worth they have and what they can offer to the church would be a game-changer, but he understands other parts of the world may not be as progressive just yet.

In some places outside the United States, making the move to be fully inclusive would be unlawful. In May, the general council could decide to amend the proposal to accept it or throw it out.

In the meantime, those sitting in the pews will have to wait to find out what the future holds.