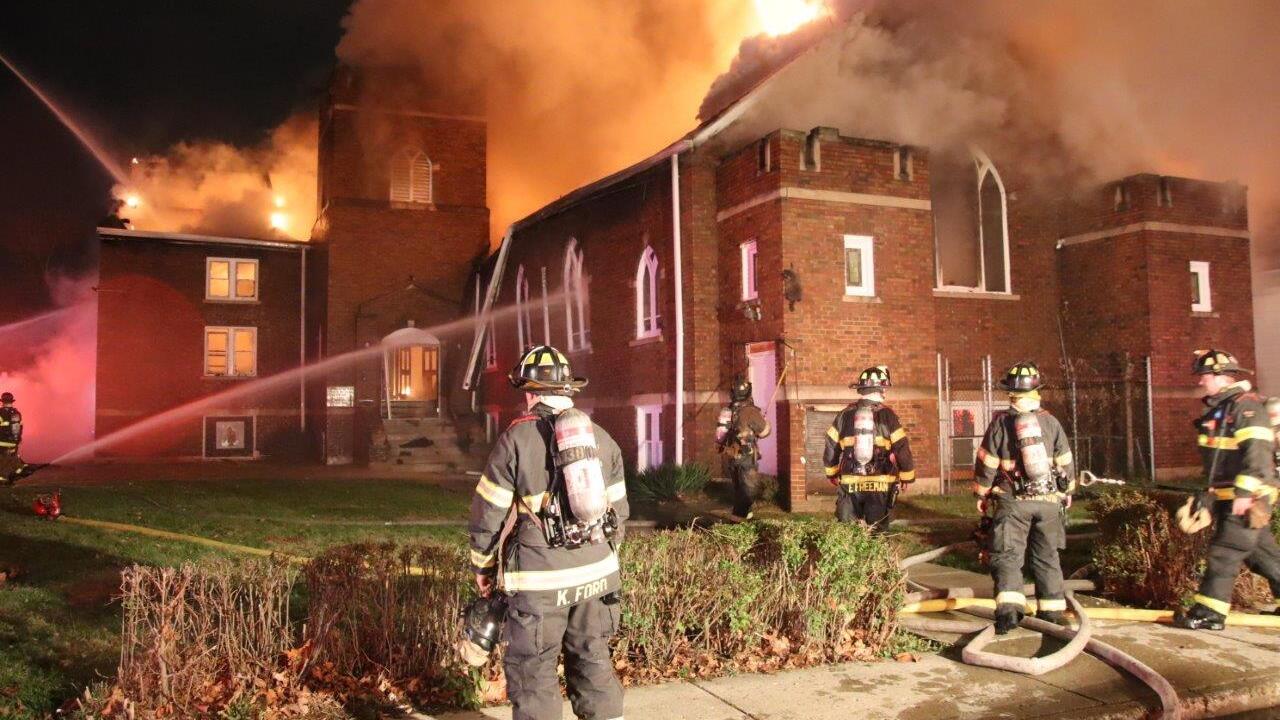 INDIANAPOLIS — The Indianapolis Fire Department responded to a two-alarm church fire Thursday night on the city's west side.

Crews found heavy fire when they arrived, and two walls collapsed by about 11:37 p.m. The fire was under control at 12:22 a.m. No injuries were reported.

This video from the Indianapolis Fire Department shows how intense he fire was.

Reith said the cause of the fire remains under investigation and the Bureau of Alcohol, Tobacco and Firearms will assist because it was a church fire.

Greater Zion Fellowship Christian Church has about 70 parishioners, and the church has conducted online services since June. Reith said the building was purchased about two-and-a-half years ago. It has undergone renovation work and nobody had been inside since Nov. 21.

On Dec. 2, fire investigators began to process the scene.