Indianapolis Zoo's baby giraffe needs a name and you can help 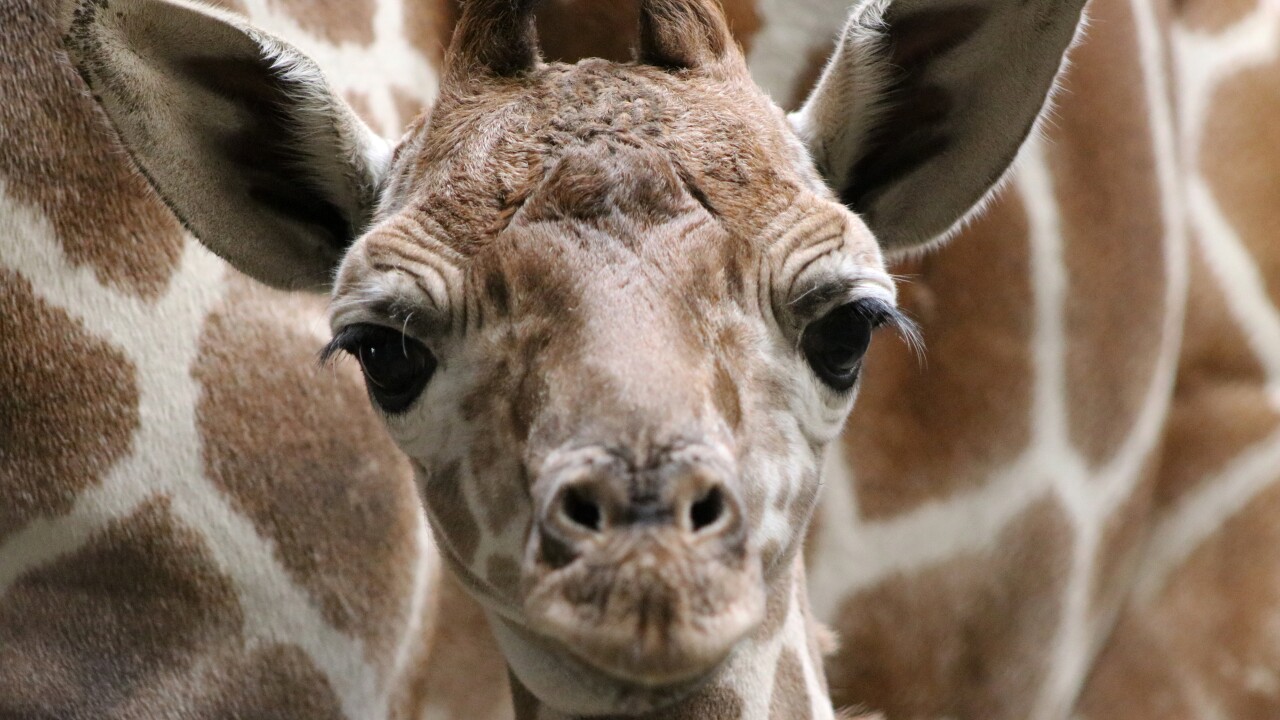 INDIANAPOLIS — The newborn male giraffe calf at the Indianapolis Zoo needs a name and zoo officials are asking for the public's help in choosing his name.

The new calf was born two weeks ago and the zoo is hosting a naming contest on the zoo's Facebook page. People can vote for their favorite name from three preselected choices.

The choices up for a vote are: Tumaini, meaning hope; Zane, which means noble; and Kendi, meaning 'loved one.'

The new calf was born Nov. 8 to 3-year-old giraffe, Kita, according to zoo officials. The male calf weighed 137 pounds and stood about 6 feet tall when he was born.

Zookeepers said the calf is curious, following close behind mom and is nursing well. The other members of the herd have shown interest in interacting, even licking the calf through the stall fence.

The new giraffe herd, which is now up to five, will spend much of the winter inside its climate-controlled indoor facility. The new family, including dad, 10-year-old Majani, will make their public debut during the spring, the zoo said.

Voting is now open on the name contest and will continue until noon Dec. 4. The zoo will announce the chosen name on Dec. 7.

The zoo said everyone who votes will be entered to win an Indianapolis Zoo prize pack, including four general admission passes and a giraffe plush.