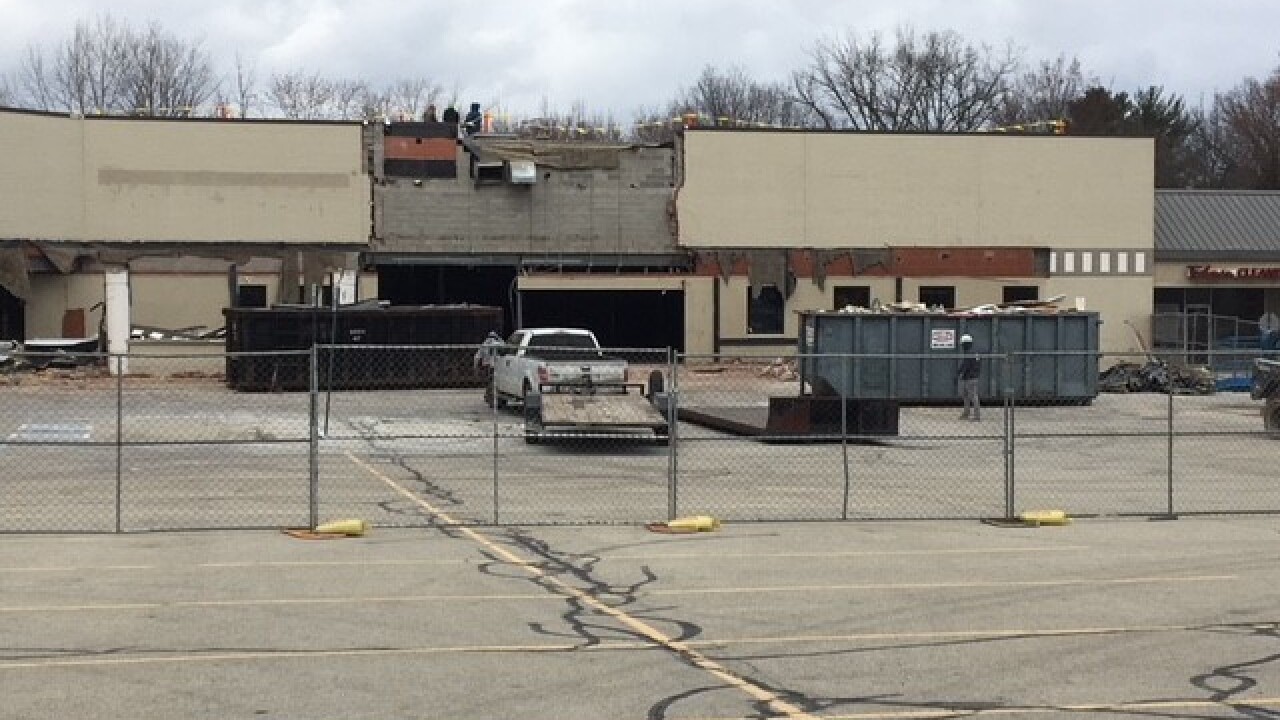 Copyright 2018 Scripps Media, Inc. All rights reserved. This material may not be published, broadcast, rewritten, or redistributed.
<p>Portions of closed Marsh at 86th and Westfield is being demolished to make way for a new Aldi store</p> 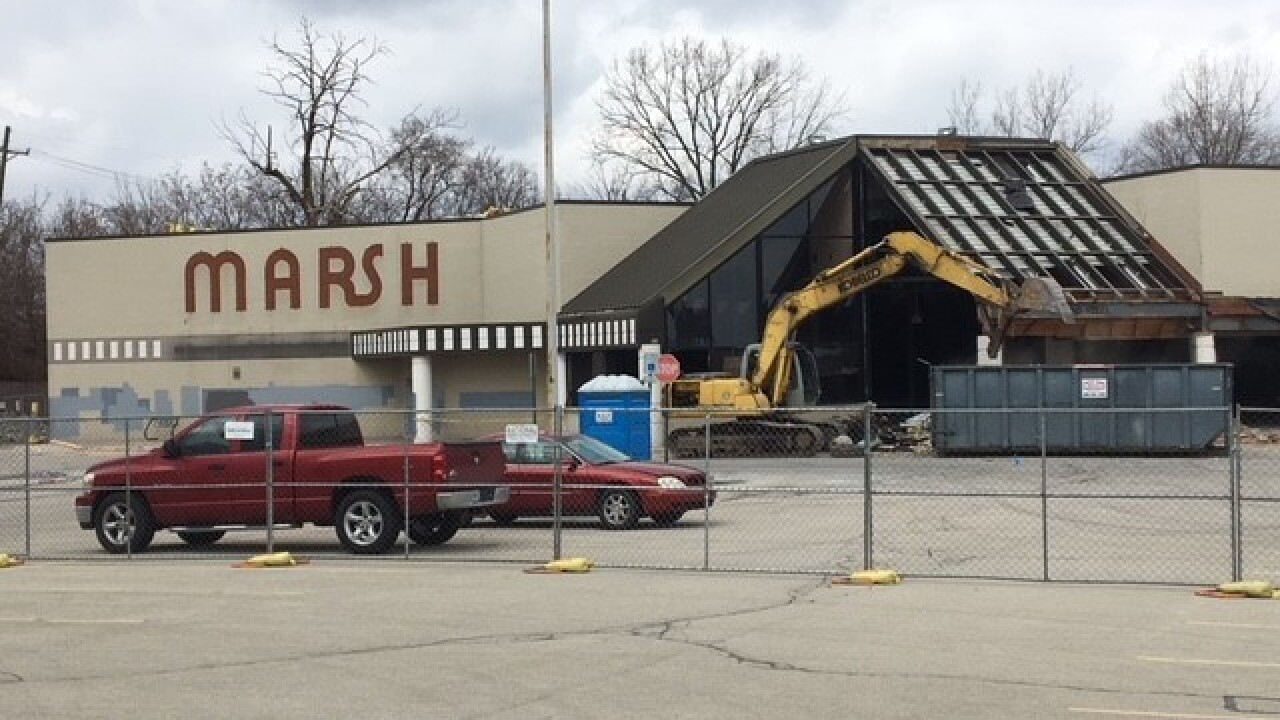 INDIANAPOLIS -- A former Marsh location on Indianapolis' north side will soon be home to a new ALDI.

RTV6 has learned that ALDI will open in the Nora Corners Shopping Center off East 86th Street.

According to permits filed with the city of Indianapolis, the Marsh will be remodeled on the inside and outside.

The old glass atrium is currently being demolished and a new canopy will be added on the south facade.

There will be sidewalk improvements and a new parking design near the front of the building.

No word yet on when the ALDI will open.