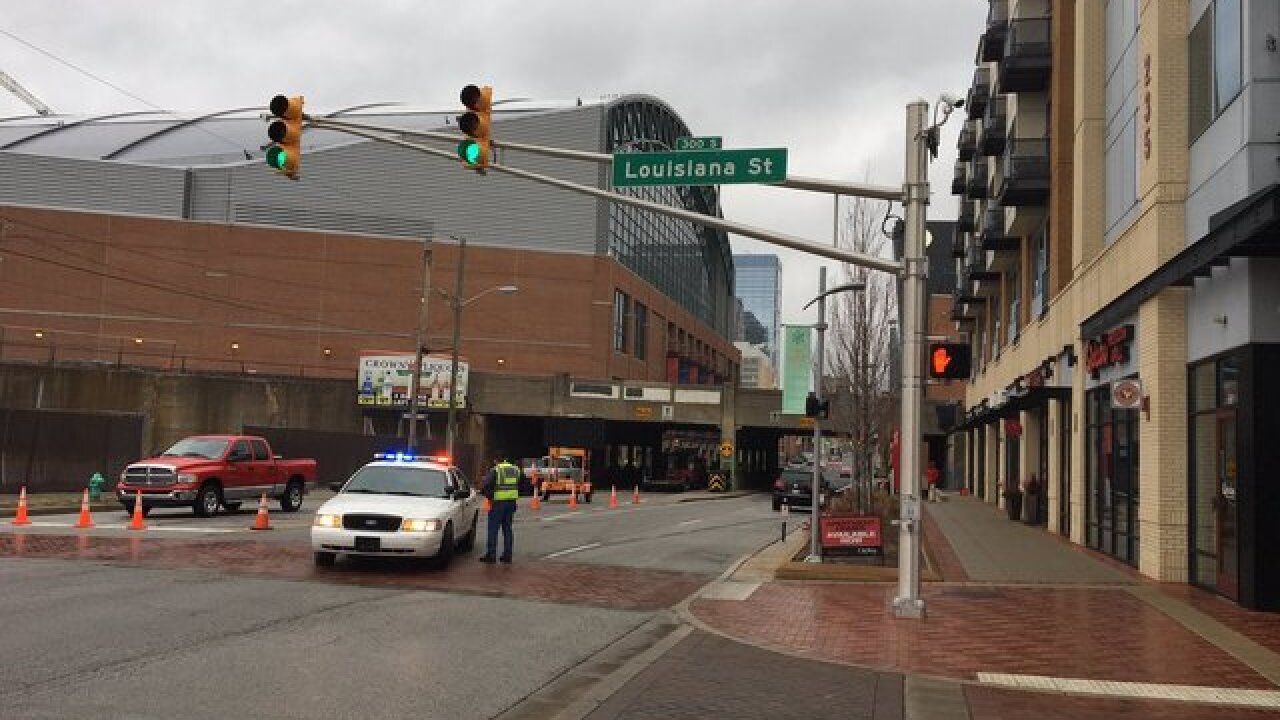 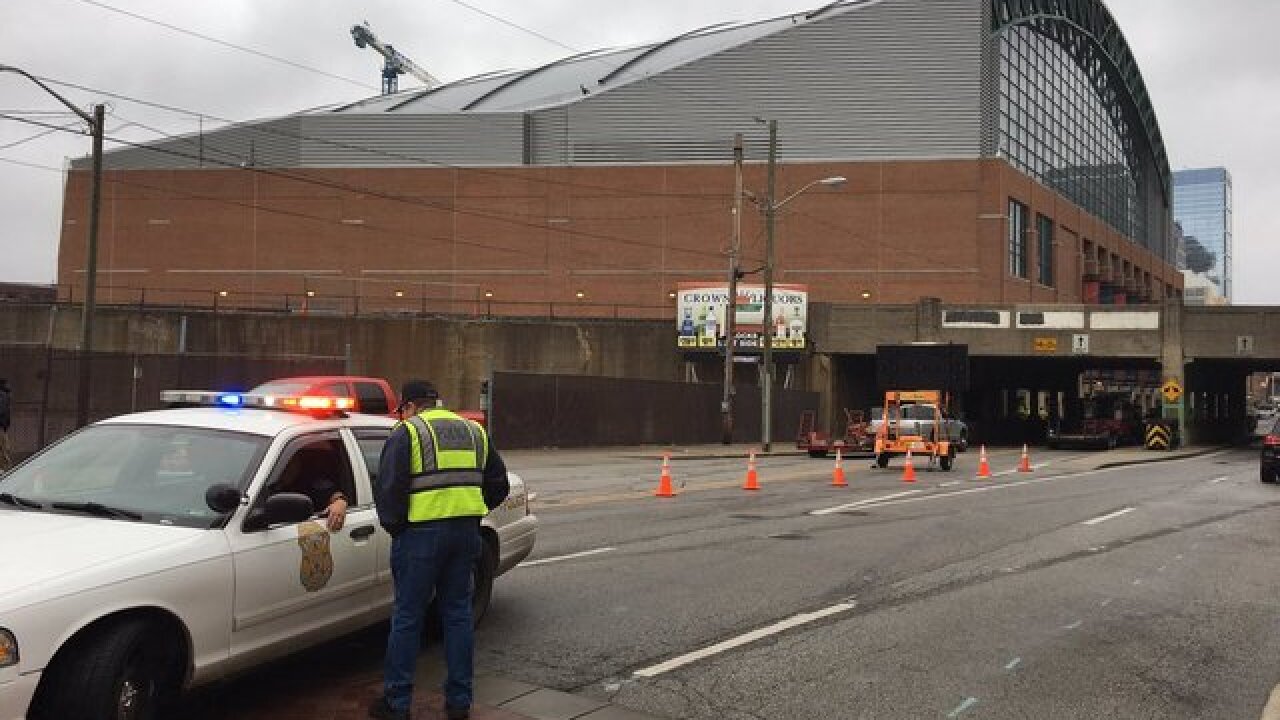 INDIANAPOLIS -- An all-clear was given following a bomb scare that prompted the evacuation of Bankers Life Fieldhouse for a short time Monday afternoon.

Security officers around the building told RTV6's Marc Mullins that "a bomb scare in or around Bankers Life Fieldhouse" prompted the closure of several roads in the vicinity of Delaware Street and Virginia Avenue early Monday afternoon.

Several children who were inside the building were evacuated to the surrounding streets.

Security officers tell me there is a bomb scare in or around Bankers Life Fieldhouse. Metro Police blocked several streets including parts of Delaware Street and Virginia Avenue. pic.twitter.com/qn05A2Vyj1

Officials with Bankers Life Fieldhouse later said an unattended package was found and the Indianapolis Metropolitan Police Department erred on the side of caution. No device was found.

Streets in the area have reopened and people are being allowed to enter the Fieldhouse.

Monday night's game between the Pacers and the Celtics will go on as scheduled.