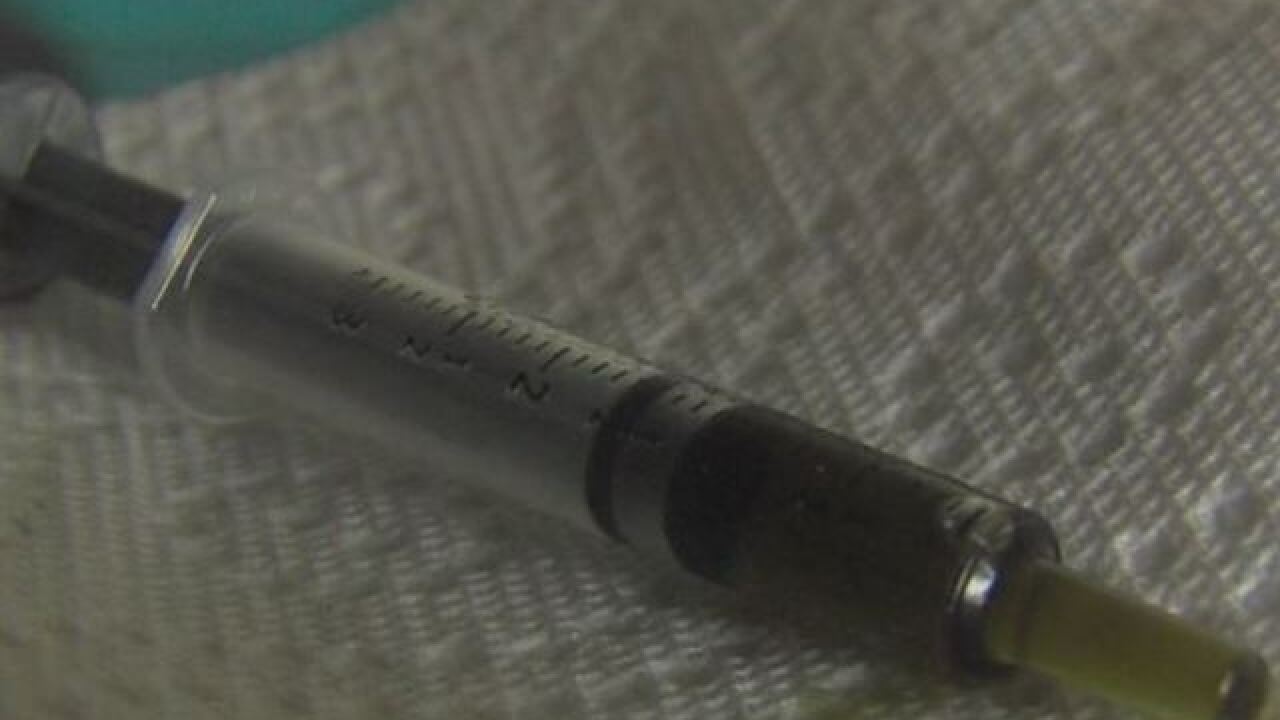 AG Hill made the declaration in an advisory opinion issued Tuesday.

Cannabidiol hemp oil, or CBD oil, is used by families of children with seizures and by others who deal with chronic pain and anxiety.

It was officially listed as a Schedule I drug by the Drug Enforcement Administration in December 2016, but there was confusion in the state of Indiana as to whether or not it was exempted by another law.

"Schedule I drugs, substances, or chemicals are defined as drugs with no currently accepted medical use and a high potential for abuse," the DEA says on its website.

The Schedule I ruling put the oil in the same category as heroin, LSD, ecstasy, meth, peyote and marijuana. Hill cited on Tuesday that federal ruling as a primary reason for his opinion.

Despite the ruling, CBD oil remained on shelves of some stores that sell health supplements, such as Fresh Thyme, throughout 2017.

It also continued to be used by those who were named to a registry authorized by the Indiana legislature for certain physicians and caregivers to use hemp oil for children with intractable epilepsy. It was also to encourage the further study of its use in treating the epilepsy.

That registry can help people like Brian Bennett, whose 8-year-old son was diagnosed with epilepsy. At one point Bennett's son was having up to 200 seizures a day.

Bennett said his son had to wear a helmet, because he would fall and hit his head. He broke 24 of those helmets, until his parents discovered CBD oil.

Bennett would travel as far as Colorado to obtain the oil to help his son cope.

It is unclear how AG Hill's ruling will affect the registry. The law for those on the registry remains in place, Hill said in his ruling, but there is uncertainty of how those patients will get access to the drug if stores will be cited for selling it.

CBD oil is made from hemp, a plant that has little or no THC and cannot cause a high at all, unlike its cannabis cousin marijuana.

Indiana excise officers began cracking down on the sale of the oil in May, but reached a head in August when the murkiness over its legality came in the form of citations that were issued to stores selling the oil, and then later forgiven.

Some lawmakers and the Indiana State Police said the substance was already legal under a 2014 law that removed industrial hemp products from the state’s controlled substance statute.

AG Hill's ruling clarifies the product is illegal in the state of Indiana, and could potentially lead to criminal charges for anyone selling or using the product.

You can read AG Hill's full opinion below:

“Over recent weeks, I’ve worked with my staff to develop an advisory opinion regarding the status under Indiana law of the chemical compound cannabidiol – better known as ‘CBD.’ Cannabidiol is one of the most prevalent chemical compounds in the cannabis plant, otherwise known as marijuana.

“This issue has drawn public attention this year following law-enforcement actions against Indiana stores marketing and selling ‘CBD oil,’ a substance delivered to consumers in dropper bottles, sprays or mists – all generally to be taken orally.

“My task at this juncture is not to express my personal view of what I believe the law ought to stipulate. My task, rather, is to help provide clarity regarding what the law already says as written.

“There is no doubt, as a matter of legal interpretation, that products or substances marketed generally for human consumption or ingestion, and containing cannabidiol, remain unlawful in Indiana as well as under federal law.