FRANKLIN TOWNSHIP, Ind. -- Neighbors are uneasy after multiple cars were stolen and several homes were broken into in one Franklin Township neighborhood.

Kristin Martinez says she no longer feels safe in her own home after burglars came inside while she, her husband and infant were asleep upstairs.

Police say at least seven homes were targeted over the last couple of days in the neighborhood around Thompson Road and Arlington Avenue.

“It’s not fair that I have to live in fear in my own home,” said Martinez.

Martinez and her husband woke early Sunday morning to a text from their neighbor saying a police officer was coming over to see if they had been broken into.

“I told my husband to go check and when he went outside he noticed his car was gone,” said Martinez. “Then we started looking around and noticing things were missing out of our house. That’s when we knew they’d been in the house.”

Martinez said every sense of security was immediately stripped away.

“I don’t feel safe in my own home. I don’t feel like I can go upstairs without looking over my back or without standing at the sink doing dishes, thinking I heard something,” said Martinez.

Just a few doors down from the Martinez home, another neighbor’s truck was also stolen. It was later found less than a mile away in a wooded area behind a nearby grocery store.

Surveillance video captured by another neighbor shows a man wandering into a driveway and moving a camera on the same night that the Martinez home was broken into. 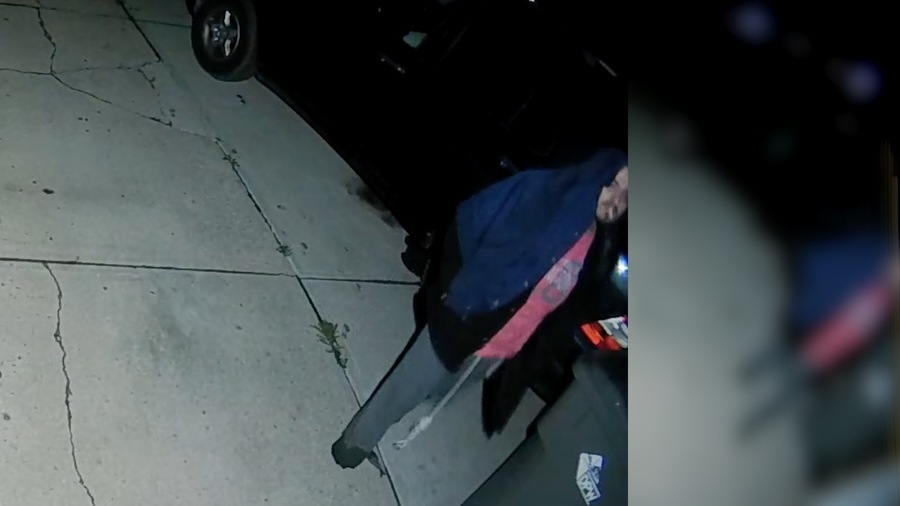 Neighbors hope the images captured of that man will help lead police to whoever has been breaking into their homes and stealing their vehicles.

“How will we recover from it? I don’t know if we’ll ever fully feel safe in our home,” said Martinez. “It went a whole different stage from just having something stolen from you to knowing they were in your home while you were sleeping upstairs. That’s when it really hit me and was really uncomfortable for me.”

Police say no arrests have been made in the case, but they are working with several neighbors to try and identify stolen items and collect surveillance images.

If you have any information on the crime or can identify the man in the photos above contact IMPD or Crime Stoppers of Central Indiana at 317-262-8477.