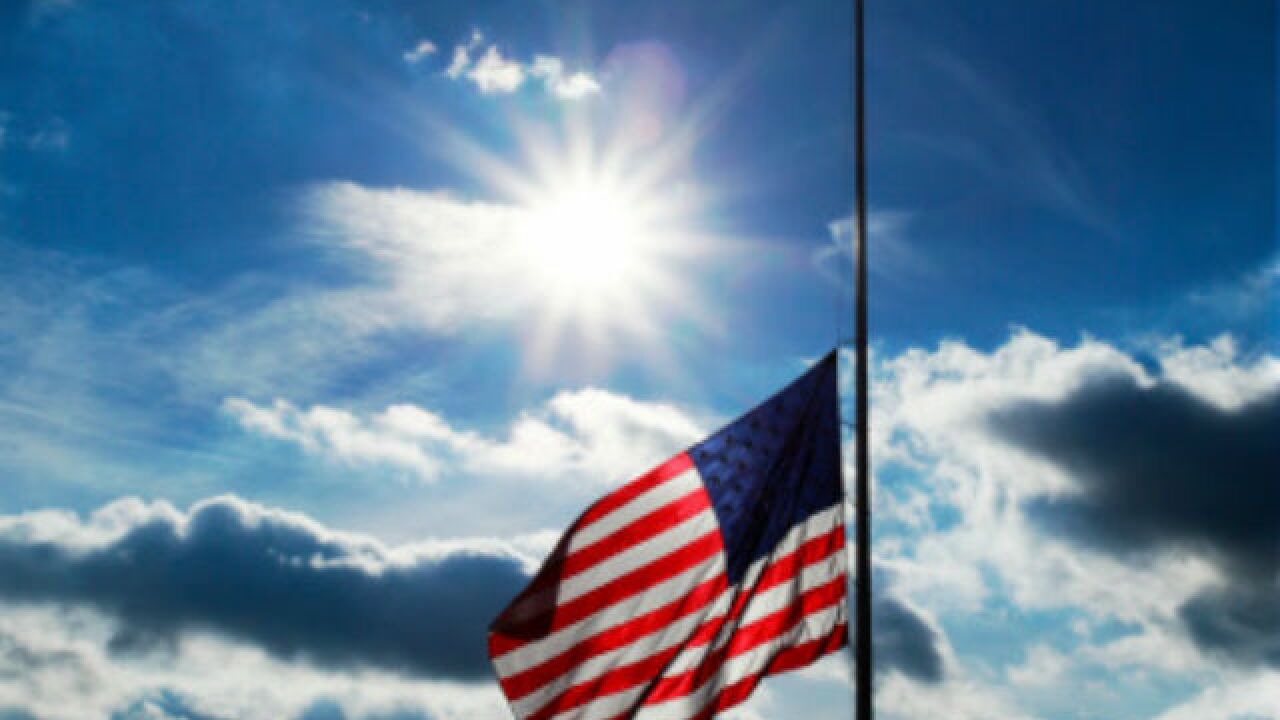 INDIANAPOLIS (AP) — Gov. Eric Holcomb is directing flags at state facilities across Indiana to be flown at half-staff Tuesday in honor of Patriot Day.

Holcomb also asks businesses and residents statewide to lower their flags to half-staff in remembrance of the nearly 3,000 victims of the terror attacks on September 11, 2001. Flags should be flown at half-staff from sunrise to sunset.

The Indianapolis Airport Authority will host a Patriots Day ceremony beginning at 8:40 a.m. Tuesday in Civic Plaza of the Indianapolis International Airport. It will include an honor guard display and candle and wreath laying.

A piece of steel recovered from the World Trade Center will be on display at Civic Plaza throughout the day.