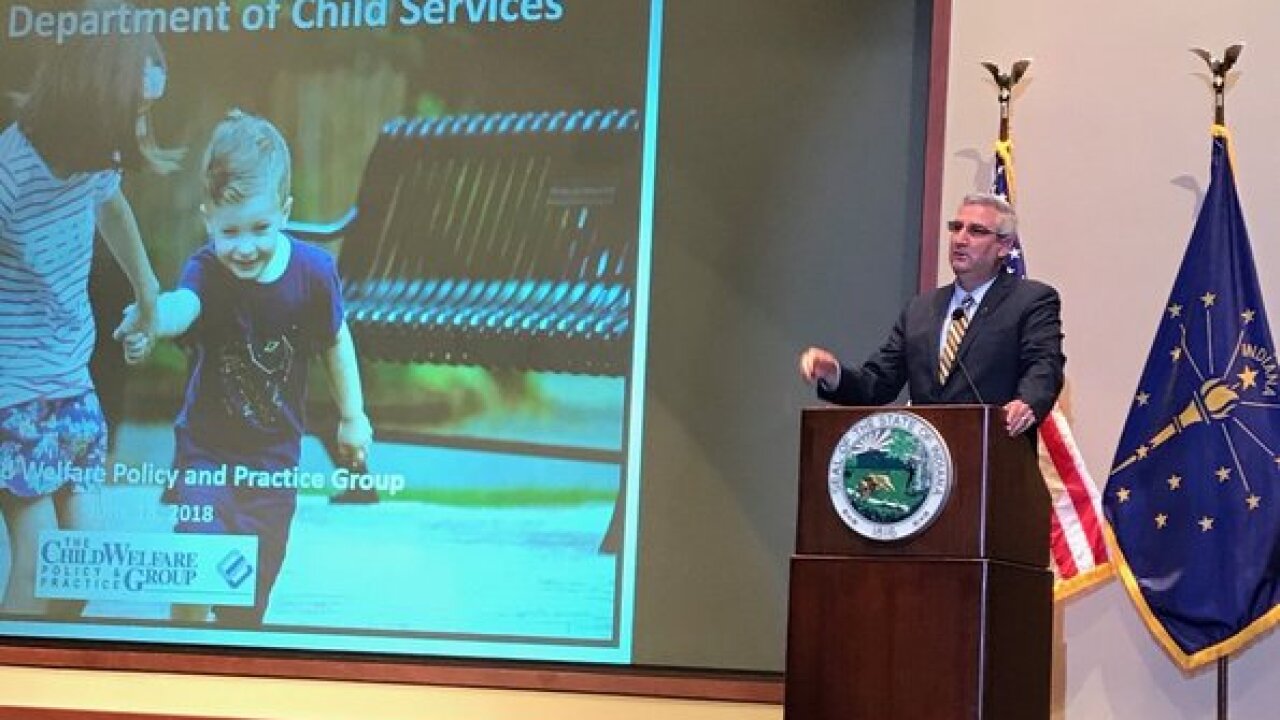 Copyright 2018 Scripps Media, Inc. All rights reserved. This material may not be published, broadcast, rewritten, or redistributed.
Indiana DCS Twitter

The existence of the studies conducted from 2013-2017 only became known when the Child Welfare Policy and Practice Group released its report last month, according to the Journal Gazette. The studies had similar analyses on training, organizational support and removing children from homes too quickly, according to the consultant hired by Gov. Eric Holcomb.

“In five years, external evaluators have prepared five evaluation reports about DCS,” the latest report stated. “A large number of these recommendations have not yet been implemented.”

The reviews prompted Indiana House Speaker Brian Bosma to say he was “disturbed” by the state’s inaction.

But the older studies weren’t publicized, with lawmakers expressing shock at the existence.

“I find it kind of disingenuous that those reports were being compiled, and the legislative branch of government knew nothing about them and we fund their budget,” said Democratic Rep. Greg Porter, a member of the State Budget Committee. “That’s a lot of money for some reports that yielded no return.”

All five evaluations came under Bonaventura’s tenure, four of which were when Vice President Mike Pence was governor and one under Holcomb. Bonaventura didn’t return messages seeking comment.