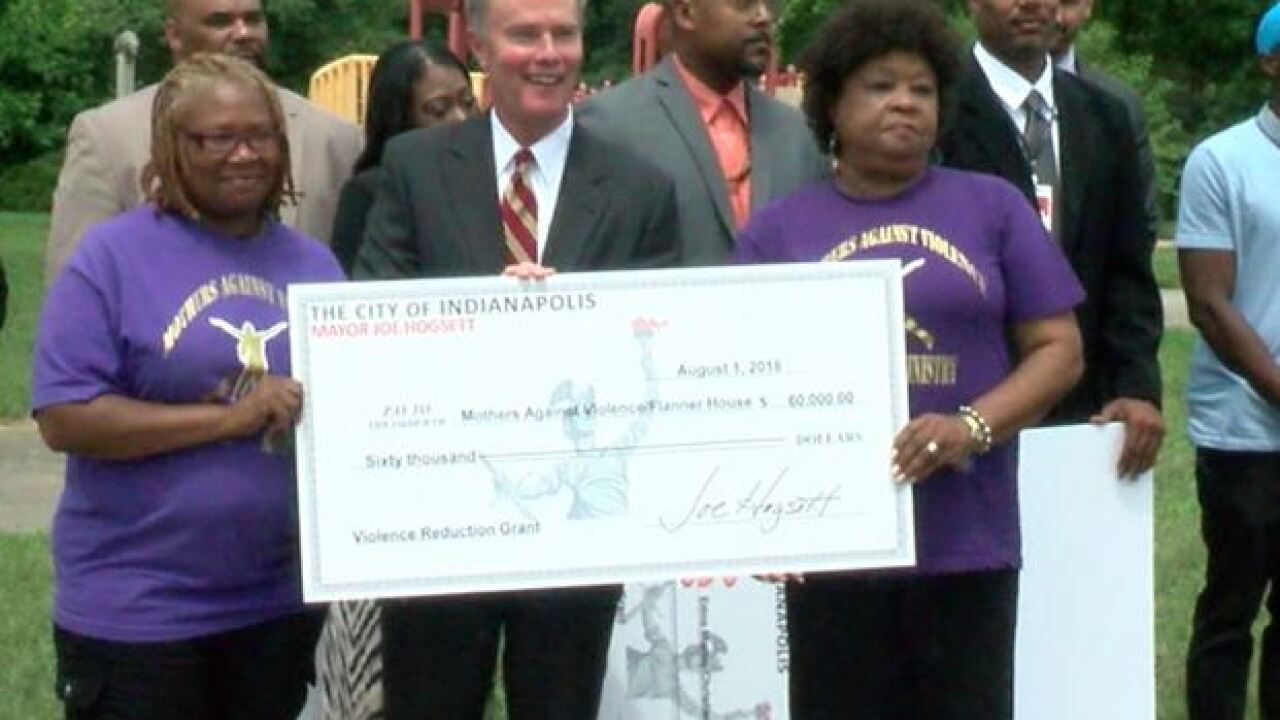 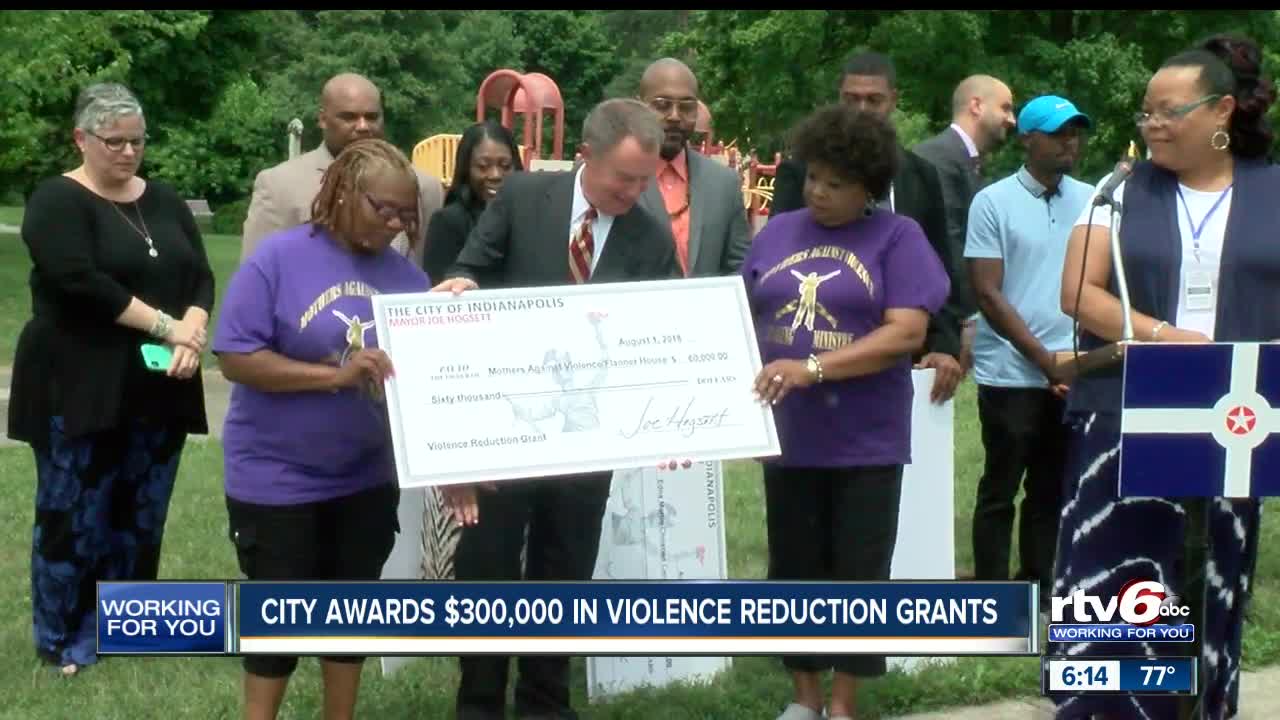 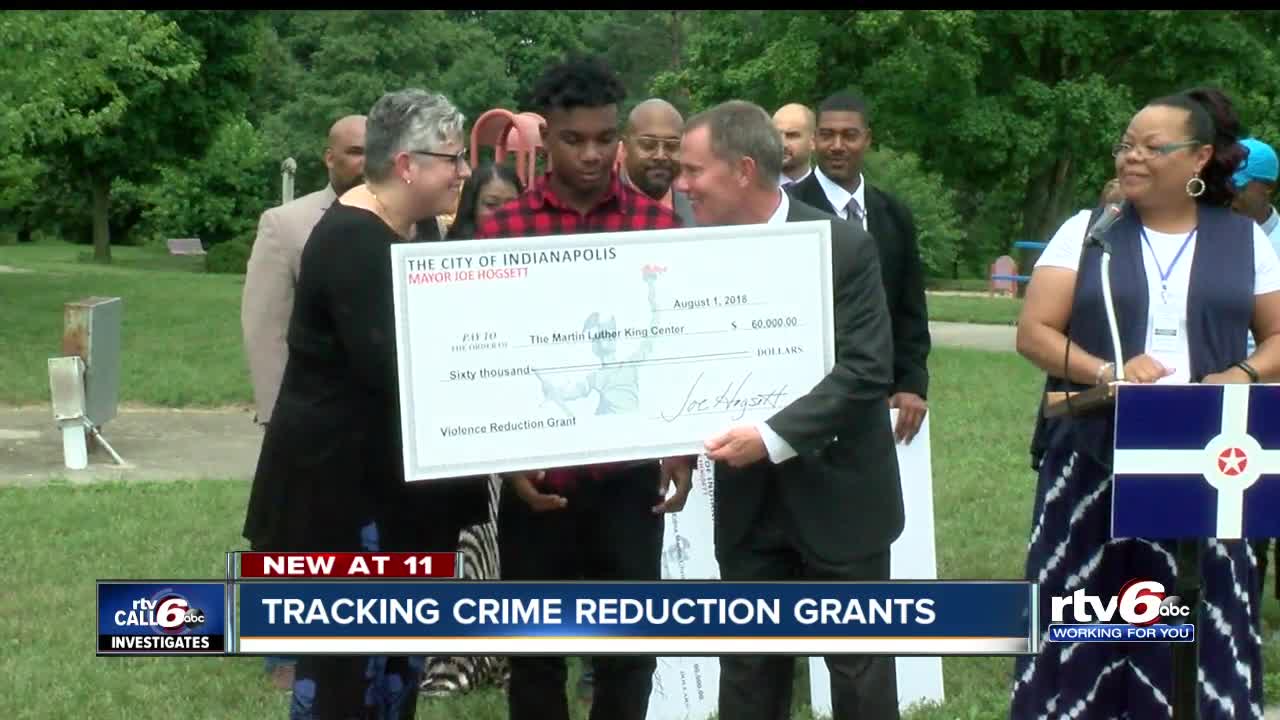 INDIANAPOLIS -- Indianapolis is on track to break another homicide record in 2018, but the city is pushing back by helping grass-roots community organizations that work to curb the violence.

Mayor Joe Hogsett announced Wednesday that five organizations would be receiving $300,000 in grant funding to help their efforts in neighborhoods across the city.

Mayor Hogsett said the groups chosen to receive funding through the community-based violence prevention partnership take a unique and calibrated approach to intervene in lives threatened by violence.

The following groups will each receive a $60,000 grant:

Each group must report milestones to the city on how they’re using that money throughout the year.

The city’s Director of Community Violence Reduction, Shonna Majors, says the city specifically focused on smaller grass-roots organizations when they were deciding who to award the grants to.

“These grass root organizations are in the areas that we need them to be in,” said Majors. “They’re doing great work already, and we just want to enhance what they’re doing.”

Majors says the money is extremely important to these organizations if the city wants them to keep growing.

“Organizations that have been doing a lot of this work out of their own pocket and now they’ll have a little more to do this more,” said Majors.

The city says this is the largest investment in neighborhood-based anti-crime efforts they have made in more than a decade.

You can watch the full press conference where Mayor Hogsett awarded those grants below.