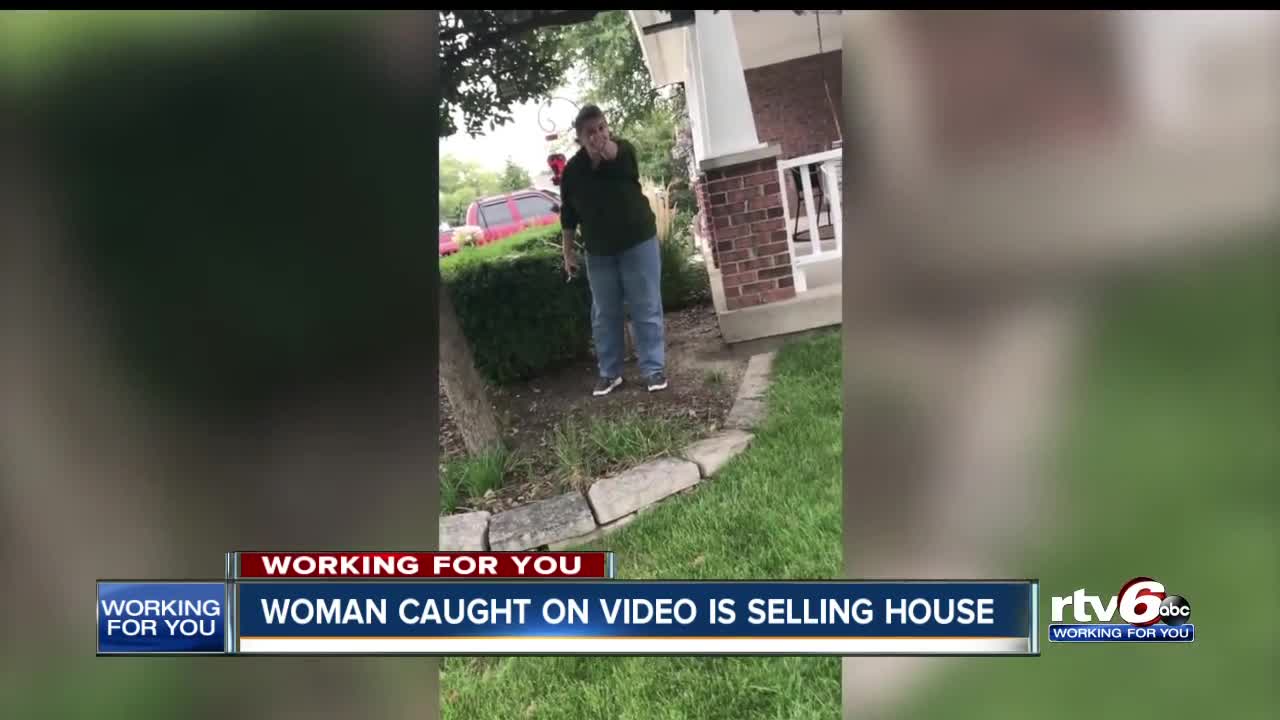 An Indy woman caught on video attacking and threatening her neighbor is trying to sell her home on the city’s northwest side. Vicki New’s home on Twin Creeks Drive was officially on the market as of Monday. 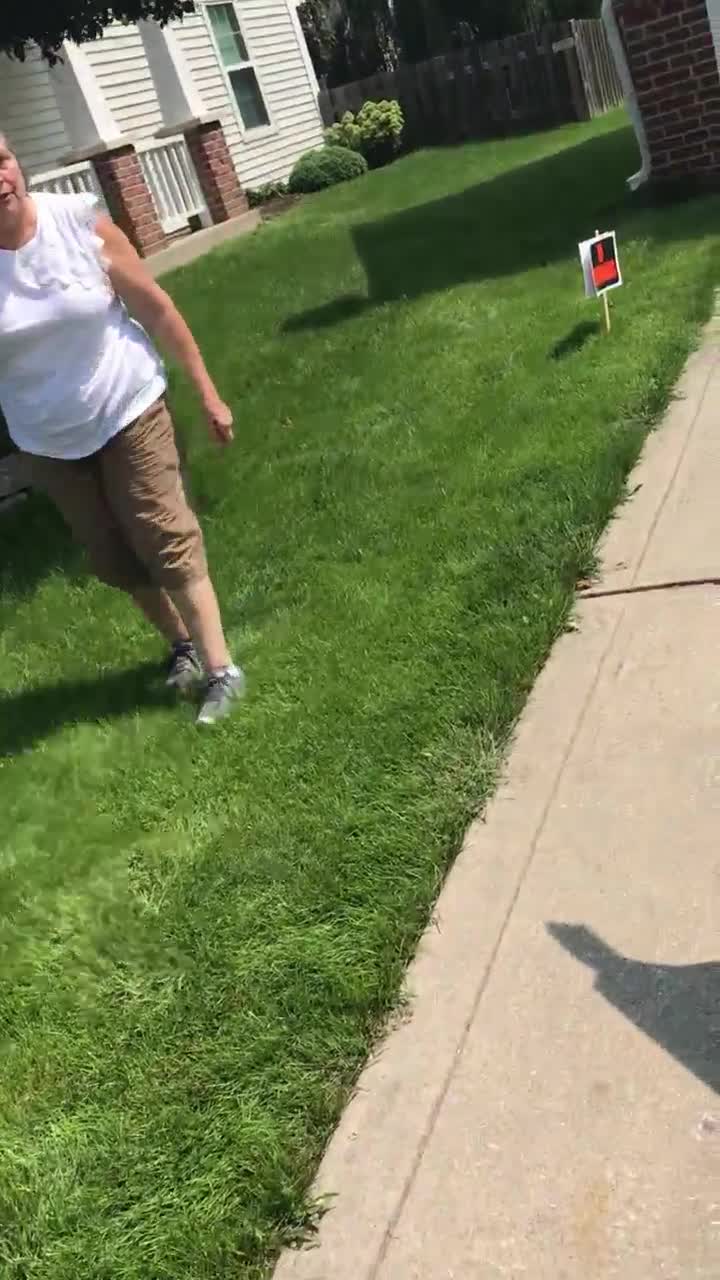 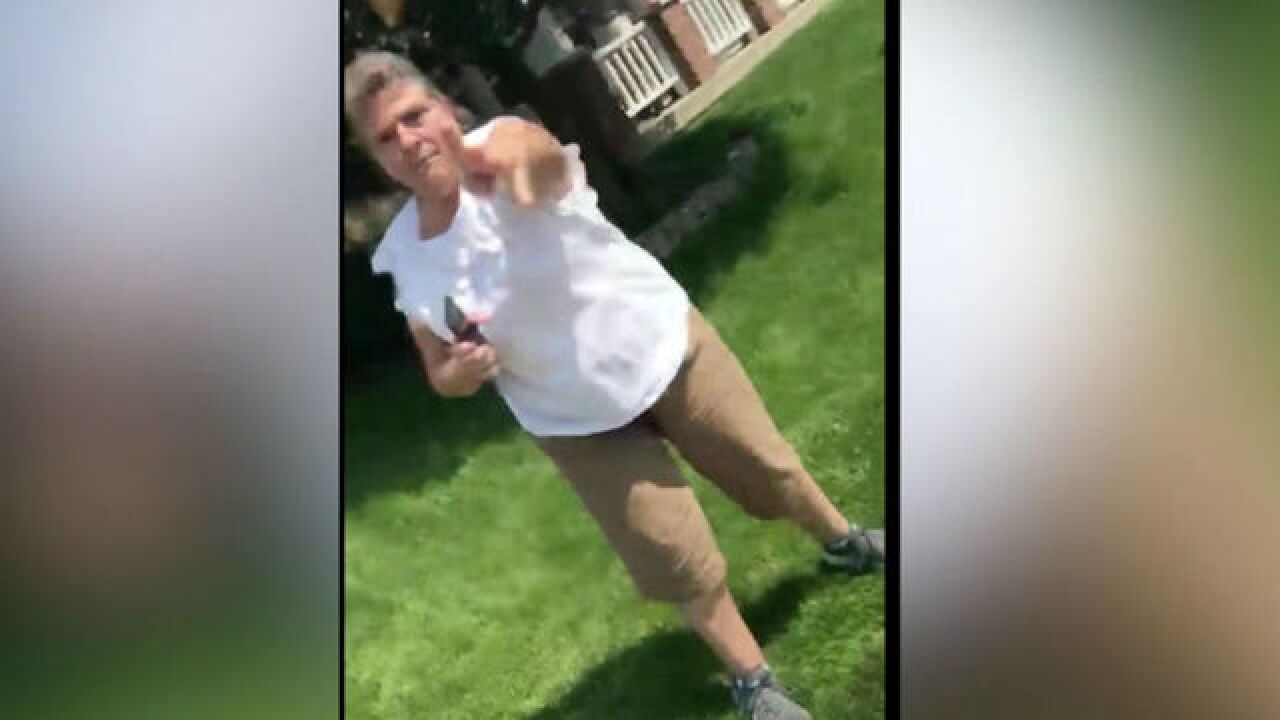 INDIANAPOLIS -- An Indy woman caught on video attacking and threatening her neighbor is trying to sell her home on the city’s northwest side.

Vicki New’s home on Twin Creeks Drive was officially on the market as of Monday.

The 67-year-old was caught on camera last month threatening to kill her next-door neighbors and hitting them with “No Trespassing” signs over a property line dispute.

Following an RTV6 report, police further investigated the case and criminal charges were filed against New for battery and trespassing.

In a phone interview with RTV6, New said she was not sorry for what happened and claimed the video “must have been doctored” if it showed her hitting her neighbor.

RTV6 has obtained a "cease and desist" letter from the attorneys representing the Twin Creeks Homeowners Association that was sent to New just days after RTV6’s first story aired about the incident.

The four-page letter, dated Sept. 4, orders New not to contact any of her neighbors or HoA leaders or speak to anyone who is doing work on any properties in her neighborhood.

It also outlines “just a smattering” of incidents neighbors have reported to the homeowners association. The letter cites numerous accounts of trespassing onto private property, discriminatory intimidation and racist language.

According to the HOA, more than 20 residents have come forward to report harassment from New.

“Unfortunately, the situation has escalated. In fact, as I understand, incidents of harassment have grown significantly in frequency and intensity to a point where residents are fearful of leaving their own homes,” the letter reads. “Most disconcerting is that many of Vicki’s recent actions were motivated by racial animus and specifically targeted African American and Hispanic residents. Thus, Vicki has not only singlehandedly created an unwelcoming living environment but has also caused minority residents to be demeaned and discriminated against based upon race. Calling this unacceptable is a gross understatement.”

You can read the full letter at the bottom of this story.

Below is a list of what the homeowners association calls “just a smattering” of the incidents that have been reported to them:

"During a recent news report, you indicated an intent to sell your property. It does seem you have had difficulty living in even relative harmony with other residents. Given your problems getting along with your neighbors and seeming disenchantment with the community, moving would be in everyone's best interest, including yours."

New’s attorney, Chris Hammerle, said New and her husband had been planning to sell the home for some time.

New’s next court date is now set for November 8.